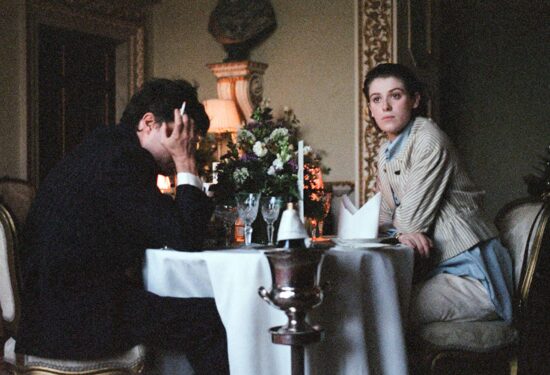 If there is one film this year that is currently ripping Film Twitter apart at the seams, it’s Joanna Hogg’s wonderfully lush, but problematic The Souvenir (2019). It’s a love-me-or-hate-me -movie due to the subjective experience of watching it. It’s quintessentially British in its relation to class; painfully aware of it but unable to solve or even discuss it in a satisfying way.

The film follows young Julie (Honor Swinton Byrne), who is just about to start film school when she falls head over heels in love with the mysterious Anthony (Tom Burke). Smitten, she is drawn to his strangely good looks and his ability to match her intelligently in a conversation. Soon, he’s moved in, but their relationship finds darker tones when his drug addiction takes over.

There’s no denying that The Souvenir is a beautiful film to watch. The whole film is achingly romantic about its setting and characters, however ugly they might be on the inside. Swinton Byrne, daughter of Tilda (who plays Julie’s mother), is a revelation here. Julie, who at times seems paper thin as a character, becomes alive in Swinton Byrne’s performance. Her performance is layered with insecurity, confusion and infatuation.

Burke brings so much mystery and humanity to his character. It’s an ugly character; Anthony is selfish and arrogant, never violent but abusive in other ways. Burke brilliantly laces his performance with traces of trauma and suffering.

The Souvenir is neither a good film nor a bad film, objectively. A film that has class sewn into its DNA is impossible to review or consume without this context. I found it off-putting, almost to the point that I felt The Souvenir was never aimed at me. While it strives to be a universal story of first love and heartache, it can’t do this convincingly because the whole film has been veiled in money and class. 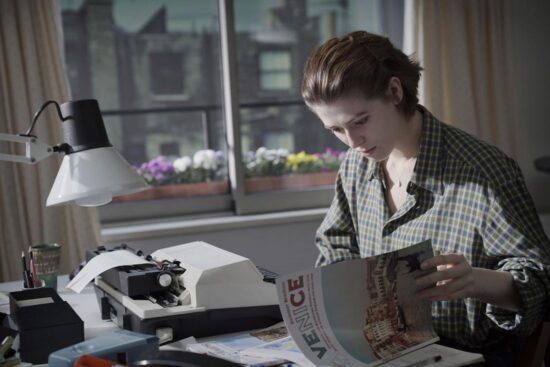 The problem is the fact that Hogg acknowledges, but never resolves this. Julie’s teachers make remarks about her apartment in a posh neighbourhood, and money becomes a central theme when it’s being passed around by the couple. It’s fascinating, but Hogg doesn’t seem to have much to say about it. Julie is obviously wealthy; there are no Pot Noodles or day-old pizza to be seen in her fancy apartment. She asks her mother for some money, but she never has to worry about it. The implication is that she is set for life. Not because she can always borrow money from her parents, but because she has been born into a class that will never experience financial failure by default.

It’s frustrating and it makes for an uncomfortable viewing experience, despite the two phenomenal central performances. It never delves too deep into the issue of class, although Hogg does indeed demonstrate an understanding that class has a lot to do with her own story. But it needed more reflecting upon, more honesty. Here it feels acknowledged, but still somehow hidden.

Julie’s film school career is equally frustrating. She is seen attending class and working on projects, but the whole subplot rings hollow. Her creativity isn’t really tapped into or how her tumultuous relationship with Tom affects it. Julie is seen distant on sets, but not enough time is devoted to this to really make a lasting impression.

Overall, The Souvenir is a mixed bag. It has several merits to its name, most of them to do with the actors and the sense of calm Hogg films her stars with, but the film never manages to find its heart. There’s no anger or passion present. This first love feels oddly cold and distant, and it’s hard to relate to it. A sequel is already in works and I must say I’m intrigued to see how it turns out. The Souvenir remains a film that is firmly not my cup of tea, but it is definitely a perfectly good brew for others.