Joanna Hogg’s second feature film follows in the footsteps of her first. Like Unrelated (2007), Archipelago (2010) is a brutally realist study of affluent people on holiday. However, instead of Italy, Hogg’s new fictional British family travels to the Isles of Scilly, returning to a much-beloved cottage for the final time before Edward (Tom Hiddleston) embarks on a year working in Africa.

Unrushed static camera shots immerse the audience in a harsh yet fecund landscape. A mix of native and subtropical plants frame the characters moving through each scene in a mix of textures and varied hues of green. The skies are overcast, and an Atlantic breeze persistently pushes against the greenery and the family to which we are introduced.

This small cast of Edward, his sister Cynthia (Lydia Leonard) and their mother Patricia (Kate Fahy) are brought together in close quarters in the cottage they used to visit decades before. William, the father, is never seen. He is notable by his absence, only calling on the phone three times during their stay. Although we never hear his voice, the reactions of others to these calls establish a real tension amongst the family which is never fully discussed but is felt in every scene. 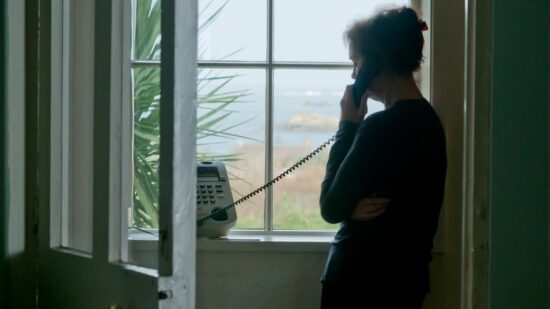 Instead, the focus is really on Edward’s character, and his struggles to negotiate such proximity to his mother and sister, especially with such a big change looming in his near future. Hogg’s film captures some of the most awkward and tense family moments ever to be captured on film, which are all the more powerful for the lack of any unnecessary camera movement or cinematic flair. The focus is on the negotiations of the family, balanced by serene compositional shots and a soundtrack of wind, birdsong and chair legs scraping on the floor. Edward has a homeostatic role within the group, largely putting aside his anxieties about his trip to calm his mother and sister, bridging the gap between their social position and those working for them during their stay.

However, Edward’s worries surface towards the end of the film when he is forced to defend himself against Cynthia’s rigid outlook on life. She criticises Edward’s choices, downplaying his plans as a mere gap year that would only put him out of sync with his generation. She will not shift her position, remaining certain that he would be better to stay at home and work. On reflection, this highlights two issues that are crucial to a precise understanding of the film. Cynthia, or Cee as she is often called, hides her own fragility in the direct certainty of her speech. As the film progresses, we come to realise that the absent father has chosen to be so, and it is likely that it is with him that Cee has found her ally in the family. Without him she is alone. The mother often rushes to Edward’s defence, and Cee’s abrupt nature doesn’t allow her to bond with any of the supporting characters. Without the father, Cee has lost her family bond, and perhaps the thought of losing Edward to Africa would leave her in a state of emotional destitution. Without acknowledging her own feelings, she can’t articulate this, but instead clings tightly to a discourse of certainty about men of Edward’s age needing to stay where they are and work. It is her way of holding onto him.

Cee’s sense of loss is compounded by the fact that nobody speaks openly about why the father is not there. It is as if her suffering has not been registered in the discourse of the family. Hogg is tactical in the subtle imagery she uses to frame Cee in comparison to her brother. When Edward is alone, he is moving forward on a bike, or appears oversized in the attic in a single bed, ready for change. Cee is seen in the evening half light, immobile and sobbing in a king size bed, with both bedside lamps switched on. Both siblings are suffering in their own way, but Cee doesn’t seem to have the tools to move forward and create a solution. It is easy to wonder if her anger and bitterness are not also linked to the loss of another man from her life. 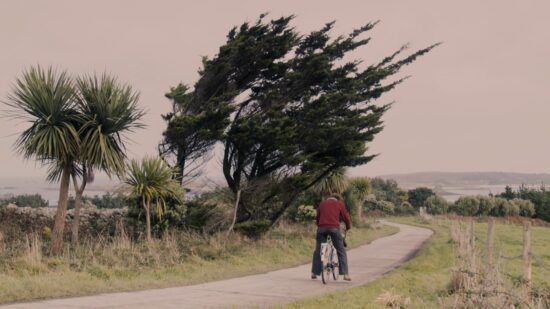 The idea of class runs throughout the film, with the family having paid for Rose (Amy Lloyd) to stay in the cottage and cook for them. A painter, Christopher (Christopher Baker), is also present on a daily basis, guiding the family on walks and teaching Patricia techniques for more abstract landscape art. One could assume that having these other characters around the family would diffuse some of the tension, but their proximity to the drama only serves to multiply its effect. Rose can be seen hiding in her room as Cee argues with her mother at night, and Christopher is silenced by misunderstandings and disagreements each day he visits.

The idea of what a family holiday should be is only questioned by Edward. This issue is finally problematised at the dinner table as Edward reveals that beneath the bravado and sense of purpose there is a real uncertainty about what the next year will hold for him, especially regarding his relationship with his girlfriend Chloe.

‘Are you going to break up with her then?’ Cee asks, bluntly.

Hurt, Edward opens up, contextualising his worries about his relationship amongst many others. He argues with Cee about his future and what it would have meant to him to have Chloe there as his ally and in support of his plans, which he must surely have discussed with her at length. The absence of the father is felt here too, with Edward forced to be the man of the house amongst women unwilling to acknowledge his struggles. Cee remains defensive and clings to what certainty remains about the family unit, citing that Chloe is not part of the family and that it is why she couldn’t come. When it seems Cee cannot make the situation any worse, Hogg’s direction pushes the characters and the audience even further. Just as there is hope the tension may subside, with an attrition between the two siblings, Cee damages a tooth on some shot still in the fillet of pheasant and overreacts by storming out.

With any discussion ending at this point, the possibility of recalibrating what ‘family’ could mean for this group is cut short. Edward is again the one who must bring the situation back to homeostasis in difficult conditions, going out to look for Cee and quelling his own fears to reassure his mother.

With the holiday nearly at an end, and despite his best efforts to engage with the people and landscapes of their trip, Edward remains dutiful to the dynamic he was born into as the youngest sibling. The idea of what family can mean, and more specifically, what a holiday should be for all of them, remains pinned down by the hegemony of meaning organising the familial dynamic. Perhaps the Isles of Scilly were not enough of a change of scenery to shift something in the construction of this unsettled family, with memories and expectations tied to the cottage and the landscape. One wonders whether Edward’s choice of Africa is a way to truly create some distance between who he is and who his family expects him to be.