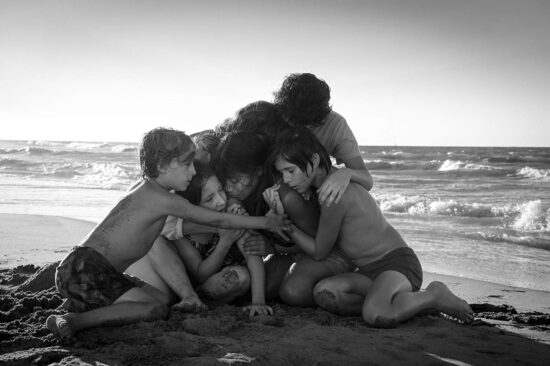 Of course not. Let’s face it – without Netflix, we wouldn’t have Roma.

What’s that? Have I actually watched Alfonso Cuarón’s three-time Oscar-winning masterpiece? Er, no. I’m waiting for the right moment. Or the right big screen. Or the right home sound system.

Really, really? I’d really rather watch it in the cinema. As I would Marty’s The Irishman, obviously.

I did in actual fact watch the Coen Brothers’ The Ballad Of Buster Scruggs – on Netflix.

I went in a sceptic – is it a bona fide Coens movie, or is it a “Netflix” Coens “TV” movie?

Honest opinion? I thought The Ballad Of Buster Scruggs was just about as good as any Coens movie, and that’s saying something – pretty much a masterpiece, very much their thing, very much appreciated. 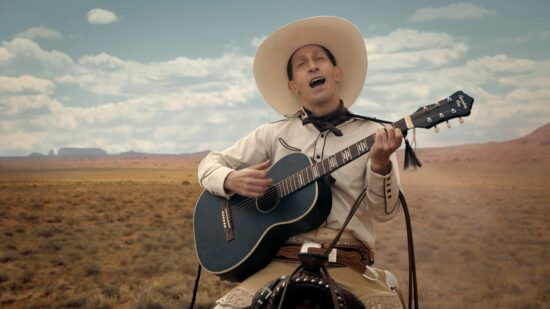 But I’d still rather see it in the cinema.

It’s not just Netflix I’m talking about here (after all, they’ve got my name and they’ve got my subscription – don’t take away my Netflix!). It’s this whole “longform” storytelling and story-writing thing I’m not exactly comfortable with.

Am I old-fashioned, to prefer the good-old three-act structure, or further back to the primitive storytelling huddle round a campfire, like transfixed cavemen, terrified as the next shooting star arcs across their unfathomable sky? Did they pause then for a trailer for Series Nine?

I recently had the pleasure of interviewing Hollywood screenwriting guru Robert McKee (his “people” responded to something I’d written, and basically I phoned him up – it’s a long story).

McKee wrote the bible for screenwriters – Story – in 1997 and since then preached the gospel at acclaimed writing and business seminars around the world.

For McKee, the Star Wars saga or The Lord Of The Rings trilogy are mere sprints.

He is more interested in ultra-running  – TV sensations that can span 60, 70, 80 hours and more screen time.

He cites Sex and the City and The Sopranos as “how to” examples but has a real regard for Breaking Bad, the award-winning tale of high school teacher turned drug baron Walter White.

“It takes superior writing of the highest order. Dexter, for example, ran out of character development long before it ended.

“The demand for stories in the world is breathtaking – it’s never been like this in history.

“And people are now deeply aware of subtext. Walter White just says something like: ‘Oh, really?’ – and there is an ocean of meaning behind that, because it’s been gathering for four seasons.

“Breaking Bad went on revealing character dimensions right up to the last minute of the last episode.

I wondered how The Third Man’s Harry Lime, for instance, measured up on this complexity scale, given the relative screen time, but I couldn’t do the math.

During my transatlantic chat with McKee, I was hit for six. No one, I thought, would be a bigger fan of the three-act structure than he – except maybe Joseph Campbell, who he had a lot to say about (he also had a bit to say about Fawlty Towers, but that’s another thing).

McKee told me: “Longform TV is the future. If there are still cinemas standing in 2050, I’d be surprised.”

I said: “But you don’t hold hands watching TV, like you do in the cinema.”

Hold hands? “We do more than that!” said the bold Robert.

CUT TO: Margot Robbie, 29, star of Quentin Tarantino’s Once Upon a Time in Hollywood, during one of the movie’s many press junkets when she said: “I don’t think anything compares to the community experience you have when you go to a cinema, when you’re sitting among fellow unexpecting audiences all about to experience something together at the same time. It heightens the experience.” 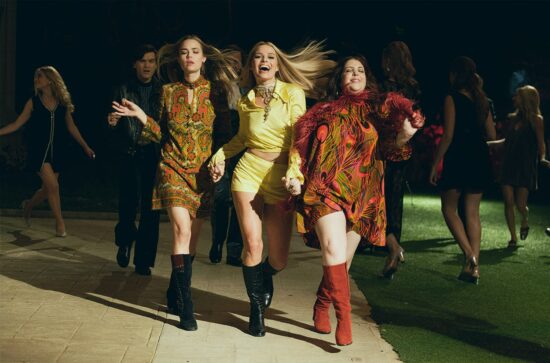 Still, remembering McKee’s “guru” status, I followed his advice and tackled the longform.

I watched the first episode of the Clooney/Heslov Catch-22 and thought it was pretty much spot on.

It had the whole milieu down pat, the characters seemed perfectly cast and realised. The airborne scenes were breathtaking and, crucially, there was the spelled-out explanation of Catch-22 itself, what it actually MEANS.

The madness of war and the inane insanity of “modern” bureaucracy were all present and correct, right there in the first episode.

Did that first episode make me think the artistic talents behind the camera, and behind the extended project, had “got it right”? Absolutely. Did it make me want to see another five episodes? Absolutely not. Another hour, hour and a half max – you know, “feature length”? –  and they could tell the whole story and we could all “go home” happy.

Fosse/Verdon? The much-acclaimed Fosse/Verdon? First episode – superb. Introduced the characters, him and her and more or less everyone else, the conflicts, their relationship and what it would mean going forward. It had Sweet Charity. Cabaret. All in the first episode. Chicago already! Performances were outstanding, particularly Sam Rockwell, but Michelle Williams was totally convincing, physically not unlike the real Gwen.

Did that first episode make me think the artistic talents behind the camera, and behind the extended project, had “got it right”? Absolutely. Did it make me want to see another seven episodes? Absolutely not. Another hour, hour and a half max – you know, “feature length”? –  and they could tell the whole story and we could all “go home” happy.

But wait a minute – we are home, Toto. And what’s that on Netflix? The IT Crowd. Red Dwarf. Brawl in Cell Block 99 – I told everyone about that, now they can watch it!

As they say, you pays your money and you takes your choice. As I say (and I’ll say it again):

ROBERT McKee is the author of Story: Substance, Structure, Style and the Principles of Screenwriting; Dialogue: The Art of Verbal Action for Page, Stage and Screen; and, with Thomas Gerace, Storynomics: Story-Driven Marketing in the Post-Advertising World.