Over the past several decades, something has happened to science fiction: once a genre of ideas, little but the spectacle now remains. Early classics, such as The Day the Earth Stood Still (1951), wanted us to think, to question ourselves and the world we lived in, while contemporary science fiction blockbusters like Avatar, seem driven by the sole desire to astonish us. Recently, however, there have been encouraging signs of change.

Smaller-scale, and often low-budget science fiction films are getting back to the genre’s roots, taking a chance on making us question as well as wonder. Gareth Edwards’ Monsters is just the latest example of this trend, and The Big Picture is taking advantage of its release to highlight a few other sci-fi films punching way above their financial weight class and given us some food for thought. 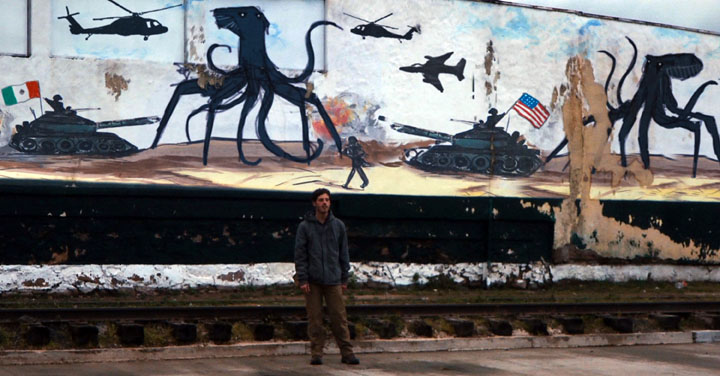 Half a million dollars, two actors and a laptop was all that Gareth Edwards needed to create one of the most compelling science fiction films of the last decade. The story, of a photographer escorting his boss’s daughter home across a dangerous country, draws on a long tradition of odd-couple-road-movie-romances, but adds two-hundred foot space octopodi to the mix.

The monsters are never the point of the film, however – or, at least, not the obvious monsters. Scattered across the terrain of the Mexican ‘infected zone’ which has been colonised by the aliens, are signs that the real damage is being done by the American military, or by unscrupulous individuals trying to turn a profit from human tragedy. This world, created largely by hand-held location filming in Mexico and Central America, and enhanced with digitally generated signs, graffiti, and the occasional tentacle, is as immersive as anything James Cameron managed in Avatar, and a good deal more subtle. When Edwards does reveal his creature features, the wait feels worthwhile, and he conjures a moment of quiet beauty in the spirit of King Kong’s generous humanism.

Monsters represents a turning point in the history of independent science fiction cinema, a signal that it’s no longer just studios which have the budgets to conjure tales of mystery and imagination. With fewer technological barriers, science fiction cinema can open up to the kind of influx of new and independent voices which digital technology long ago made possible in other genres, allowing it to become, once again, a cinema of ideas. 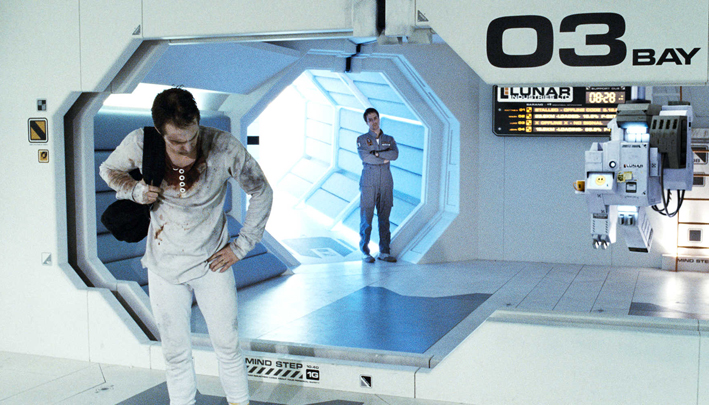 Squeezing every creative drop out of its $5 million budget, Duncan Jones’ debut feature feels like a throwback to a bygone age of sci-fi. A single human character leading a lonely, monotonous life aboard a claustrophobic moonbase, with only a computer for company, the film recalls earlier science fiction masterpieces like Silent Running, Dark Star and 2001.

Sam Rockwell, as befuddled astronaut Sam Bell, crafts a compelling performance and Moon explores the ideas that underpin human identity in a way that never feels laboured or pretentious. Sam divides his time between the daily tasks of running the base, and building a detailed model of his hometown on Earth. As the film goes on, however, that remembered model world feels ever hazier and somehow, ever more significant. With that single trope, Jones presents his whole film in miniature: an artificial world constructed in such wonderful detail, that with every passing moment, we marvel more at the beauty of its strangeness. Moon is more thoughtful than similar last-man-alive dramas like I Am Legend, but warmer and more humane than films such as Blade Runner, which question what it is that makes us human. 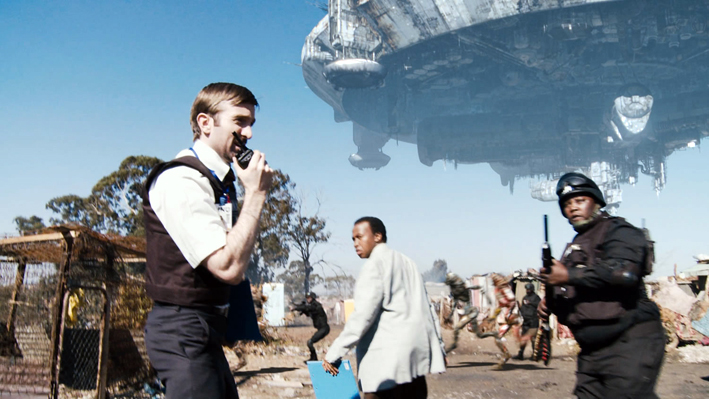 Like time and space, budgets are relative, so if the £30 million it cost to make Neill Blomkaamp’s District 9 sounds like a lot, just remember that we live in the age of Star Trek remakes, of Inception and Avatar. District 9 punches in their weight-class at only a fraction of the cost, courtesy of a mock-documentary aesthetic, gritty location shooting, and a cheerfully gory B-movie vibe.

At a time when blockbuster science fiction inevitably means chiselled American jawlines and elaborate CGI vistas, District 9’s South African setting immediately lends it authenticity. Of course, for a story of alien refugees living in a ghettoised state, the setting also establishes a degree of automatic poignancy that allows the film to zip right to the guts, guns and bodily excretions

Despite the claims of those who wanted to read it as a political allegory, what District 9 really offers is the best bang-for-your buck we’ve seen in recent sci-fi cinema – an example that all but the bravest of big-budget directors would do well to follow.

And a few that broke the mould… 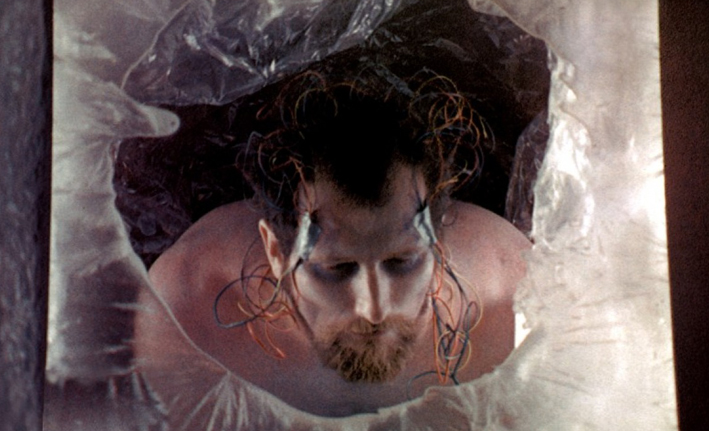 John Carpenter’s first film, Dark Star, may have been produced for around sixty-thousand dollars, but it went on to influence such classics of the genre as fan-boy favourites Star Wars and Alien. Although its origins were as a student-film parody of 2001, Dark Star turned into the ultimate example of science fiction as brain candy.

Following the largely pointless mission of a beat-up scouting vessel so far from Earth that the crew’s messages home take over a decade to arrive, Dark Star is populated by characters who seem unsure why they are where they are or what they’re doing, and meanders through a series of loosely connected vignettes like a Beckett play in space. Amid the torporous fidgeting and musing of the crew, the DIY aesthetic of the sets and the juddering of the camera come to feel like the abstracted minds of the astronauts given visual form.

This isn’t ‘important’ science fiction, full of intellectual posturing and grandiose metaphors. Instead it offers up a series of ideas, light as soap bubbles, and sends them floating past. A makeshift piano, built of wooden struts and discarded glass bottles, gestures towards the human need to create beauty even in solitude. A mischievous beachball with claws plays out a farce on the theme of ‘intelligent life’. And in the penultimate scene, the film sticks to its guns, as the lackadaisical Lt. Dolittle saves the crew from certain death by discussing elementary phenomenology with a sentient bomb.

Later films would borrow from Dark Star’s enforced claustrophobia and deglamourised vision of space travel, but few have matched its grim, dry humour, or its willingness to bend the plot in service to ideas, instead of the other way around. 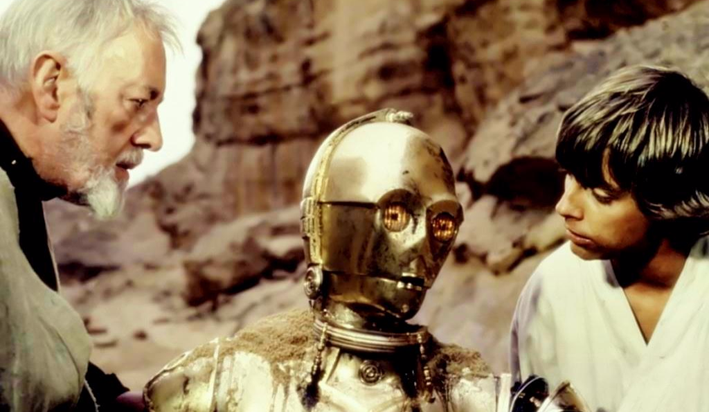 Although Star Wars has become a byword for extravagant, blockbuster science fiction, in truth, few films better embody the spirit of wonder, of ‘anything is possible’ which underlies the genre. George Lucas conceived of the film as a broad, epic spectacle, envisioning the story first and worrying about how to create the effects later. Lucas has always complained that he didn’t have the scope to do Star Wars as big as he wanted, but the experience for moviegoers in 1977 was just about the biggest they’d ever had.

Of course the film’s $11 million dollar cost ($145 million adjusted for inflation) was nothing to sneeze at, but for that price-tag the cinema didn’t just get a film, but a whole array of new filmmaking techniques. Along with groundbreaking model-work, puppetry and animation, Lucas and the technicians at ILM perfected a ‘motion control’ system, which allowed them to build shots up in layers, while allowing the camera to veer, dip and swerve. A whole generation of science fiction, action and fantasy movies was made possible by Star Wars‘ technological progress, and a whole generation of fans and filmmakers was inspired by its story.

Unlike most other films here, Star Wars wasn’t a film that appeared out of nowhere to surprise and delight audiences. It was something much rarer: a big movie that turned out to be bigger than anyone had ever imagined. In this age of hype saturation and wide-release opening weekends, when was the last time you saw a blockbuster that not only met, but exploded your expectations?

Monsters is now on general release