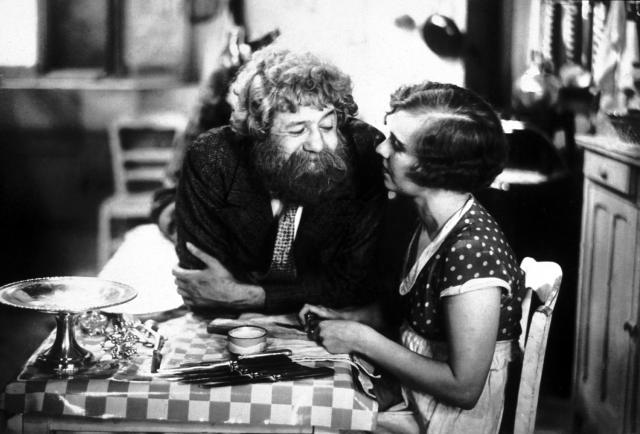 Stumbling shambolically back onto cinema screens this month is Michel Simon’s iconic portrayal of that terrible tramp Boudu. With his raison d’être that no mischief should be left unmade, Emma Simmonds finds herself charmed and highly amused by this fish-out-of-water.

In Jean Renoir’s broad satire, based on René Fauchois’ comic drama, Michel Simon (who also produced the film) excels as the outrageously uncouth vagrant Boudu, whose attempt to end his life catapults him into the unfamiliar and somewhat baffling world of the bourgeoisie, to his considerable chagrin.

According to his benefactor, Edouard Lestingois (Charles Granval), Boudu is the very vision of “a perfect tramp”. With his ragged appearance, curly, matted beard and lumbering chaotic demeanour he is not unlike the wayward mutt he loses at the film’s outset. When the loss of his dog acts as a final straw, he makes a sincere, very public bid to end his life, only to be reluctantly fished out of the Seine by kindly bookseller Edouard. With nowhere else to go, Boudu becomes a guest of the Lestingois residence; imposing himself upon and further complicating an already convoluted domestic arrangement. Making an almost proud nuisance of himself at every given opportunity, Boudu is variously, cruelly and sometimes accurately described by members of the afflicted household by such names as, “creature”, “lout” and “Neanderthal”. In one memorable sequence Boudu spits on Balzac’s Physiologie du mariage, such a controversial action in 1932 that it was excised from the original theatrical version. There is a devilish boisterousness about him; a playful charm and – though he is hardly an arch manipulator – through his mischievous antics Boudu succeeds in drawing back the veil from the supposed superior class of people that surround him. 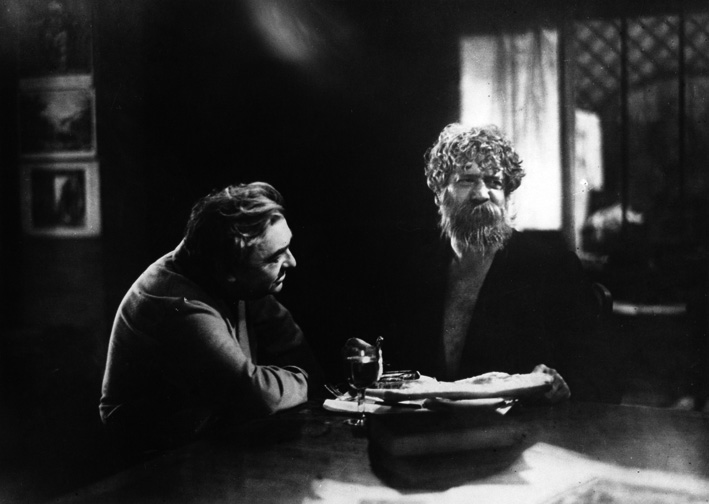 On the surface a snob and a shrew, Edouard’s wife Madame Lestingois (Marcelle Hainia) ultimately finds Boudu’s dubious (and somewhat aggressively randy) charms impossible to resist. She is thus the lady who likes a bit of (or, to be frank, in this situation a fairly sizable portion of) rough. Similarly, Edouard may call himself a gentleman – and in many ways that’s exactly what he is – but he too is a philanderer; enthusiastically carrying on with nubile housemaid Anne-Marie (Severine Lerczinska) under his wife’s upturned nose.

Though Edouard may be shown to be a rotten adulterer he is simultaneously depicted as a big-hearted man who gives away books and doesn’t think twice before taking the plunge in a bid to save a total stranger, brilliant tramp or otherwise. By performing this life-saving, selfless act, he is demonstrably one in a million; or at least one in around a hundred as a huge crowd has assembled to dispassionately (and perhaps somewhat hopefully) watch this poor put-upon man drown. One disinterested observer even goes so far as to comment, “I’ve seen so many I don’t even bother anymore”. During the early 1930s, the period in which the film was made and is set, France was in the midst of the Depression and – in Paris particularly – poverty and vagrancy were rife. Thus in the crowd’s indifference to the plight of Boudu, seeing him as merely one of many pitiful rather than pitiable individuals, we see the legendary Jean Renoir at his most pointed. His ribbing of the intellectual Edouard’s contradictory, hypocritical nature is contrastingly more gently applied. 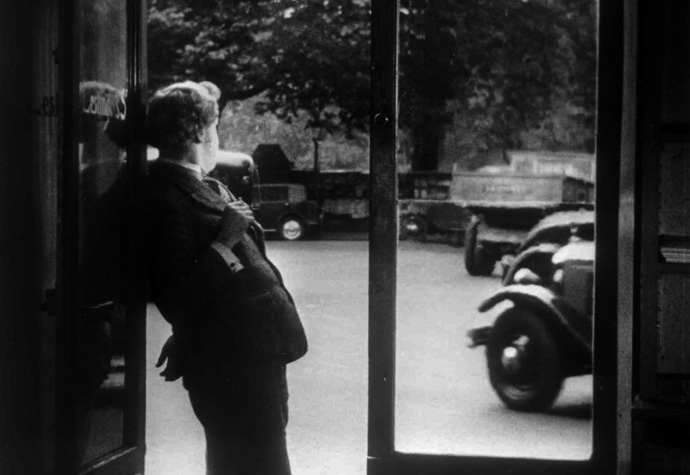 Despite its grand old age, with the restoration giving it a fresh lick of paint, Boudu Saved From Drowning is as pertinent and sensationally seditious as ever. Whether you’re revisiting Boudu’s boisterous antics or discovering a gem, it comes highly recommended.

Boudu Saved From Drowning is on general release from 17 December