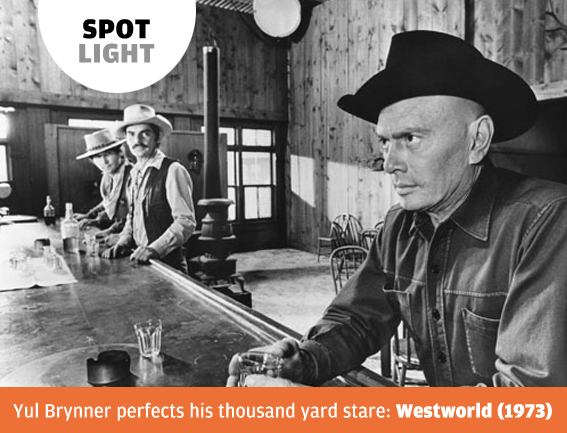 Cinema has showcased all kinds of killers, but none disturbs audiences quite as a much as the emotionless assassin. Neil Mitchell takes a look at five films that feature murderous automatons that absolutely will not stop, ever, until you are dead. 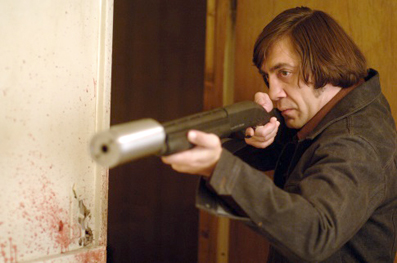 When Anton Chigurh (Javier Bardem) flips a coin and tells a gas station owner to ‘call it’, his very essence is distilled into one moment. We know that a wrong call by the hapless worker will mean death, and the preternaturally calm, dead-eyed and deadpan Chigurh doesn’t really give a damn either way. His dispassionate and brutally efficient killings are best exemplified by the use of a slaughterhouse bolt pistol, which punches a fatal hole in the head of one innocent early victim. A hired assassin with a cryptic line in quasi-philosophical musings, Chigurh is the ultimate lone wolf, dispensing with his enemies and his bosses in the same ruthless fashion.

As he cuts across the Lone Star State, leaving a collection of corpses that reaches into double figures, it comes as a surprise that his intended prey, Llewelyn Moss (Josh Brolin), is taken out by Mexican drug dealers before Chigurh finally catches up with him. Sporting that haircut – and last seen walking away from the camera with a horribly broken arm, bloodied, bruised but still at large – he is, in the words of one of his victims, ‘A very peculiar man’. 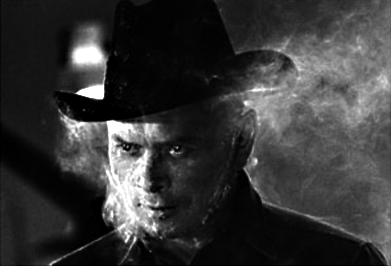 Marking the big screen directorial debut of the late Michael Crichton, as well as being the first film to use digital images, Westworld is nonetheless best remembered for Yul Brynner’s Gunslinger. Gunslinger subverts another classic image of Brynner. Dressed all in black, the character looks identical to Chris Adams, the heroic part Brynner played in The Magnificent Seven (1960) but, instead of being an honourable gun-for-hire, Brynner’s lethal automaton is a terrifying twist on the Western outlaw.

Created to be the plaything of rich tourists in the Delos theme park, the Gunslinger becomes a relentless and, of course, emotionless killing machine after a park-wide malfunction causes the robots to run amok among the paying guests. After seeing his companion gunned down, Peter Martin (Richard Benjamin) is ruthlessly pursued throughout the park by Brynner’s logic- and reason-free gunman.

Cited by John Carpenter as the inspiration for Michael Myers in Halloween, the Gunslinger is the forerunner of Arnold Schwarzenegger’s programmed assassin in James Cameron’s The Terminator. His attire, unblinking stare, monosyllabic vocal delivery and mechanical gait mark Brynner’s character out as an icon of the science fiction genre. 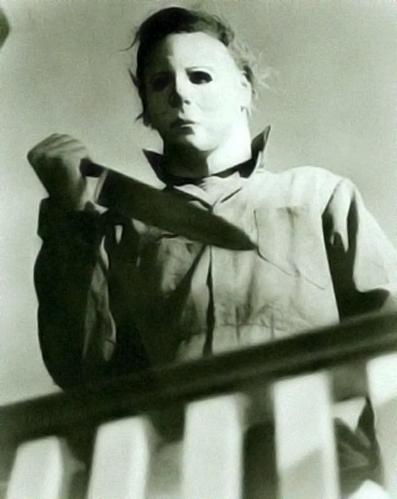 Despite the risible sequels, remakes and rip-offs it inspired, Halloween replaced the supernatural monster as film’s chief object of fear with an altogether creepier danger: that of the disturbed stranger in our midst. 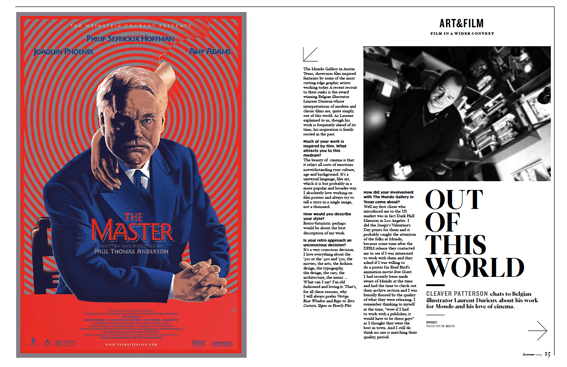 Designed by Skynet, the machine overlords of a nuclear war-ravaged future, for use as a programmed assassin, the Terminator (Arnold Schwarzenegger) is a metal endoskeleton combat chassis surrounded by living tissue that appears human in every way – but is entirely without emotion. As Kyle Reese (Michael Biehn) bluntly states, ‘It doesn’t feel pity, or remorse, or fear… and it absolutely will not stop, ever, until you are dead!’ Able to mimic voices as well as carry out its own repairs, this merciless creation wipes out anyone standing between it and its specified target.

Stabbed, shot, engulfed in flames and blown in half, the virtually unstoppable executioner is finally halted by the crushing power of an industrial hydraulic press. The T 101 Terminator model may have eventually been superseded by Terminator 2‘s T 1000 liquid metal version, with its superior pace, power and near-indestructibility, but it is Schwarzenegger’s portrayal of the blank-faced cyborg killer that has achieved true cinematic immortality. 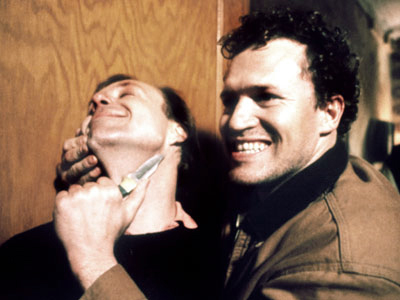 It is no coincidence that the only work Henry (Michael Rooker) can pick up is as an exterminator for a pest control company. Killing is all he knows. John McNaughton’s debut feature is a brutal low-budget reaction to the glamourised depictions of violence evident in many of the horror and action movies of the 80s. Based in part on the true life crimes of notorious serial killer Henry Lee Lucas, Portrait‘s portrayal of an all too real human monster devoid of compassion, guilt, morals or basic humanity caused censorship boards real problems, adding to the film’s still undiminished notoriety.

It wasn’t graphic violence that proved to be the main concern for censors, but the film’s overall tone: it’s the verite style, voyeuristic atmosphere and utter absence of remorse shown by Henry that truly disturbs. As head of the most dysfunctional surrogate family to hit the screens since the Sawyer clan in The Texas Chain Saw Massacre (1974), and convincingly played by the impressive Rooker, Henry is a shockingly unsettling character. His is the vacuum at the centre of a film that redefined both the horror and crime genres with its defiantly nihilistic vision.