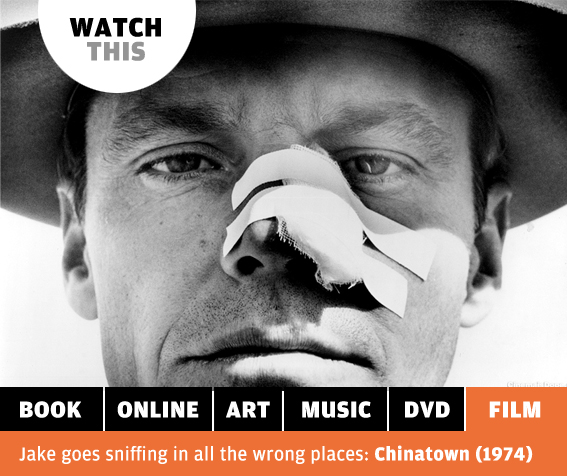 If you’re looking for a way to relax and recover from a hectic Saturday night why not drop by the Watershed in Bristol and unwind with one of the five movies that have been selected for their upcoming Sunday Brunch film season ‘The 1970s: Paranoia, Politics and Punk’, which forms part of this year’s Bristol Festival of Ideas. 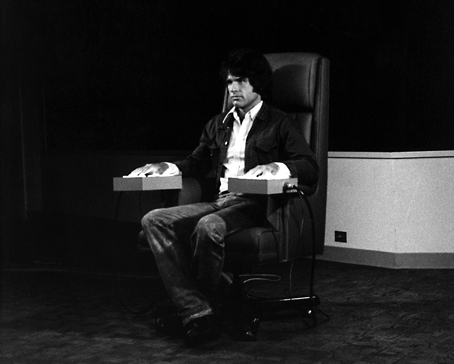 Warren Beatty in The Parallax View

The season kicks off on 2nd May with The Parallax View (Alan J. Pakula 1974), being shown rather appropriately just days before polling day. Born of the Nixon era of political corruption and turmoil but inspired by the Kennedy assassination, the film follows Warren Beatty as journalist Joe Frady infiltrating the mysterious Parallax Corporation in the wake of killing of a senator. As part of Frady’s recruitment into the corporation Pakula included a sequence showing the journalist subjected to a film designed to test his political allegiances, which one can still easily imagine mimics actual secret governmental techniques. 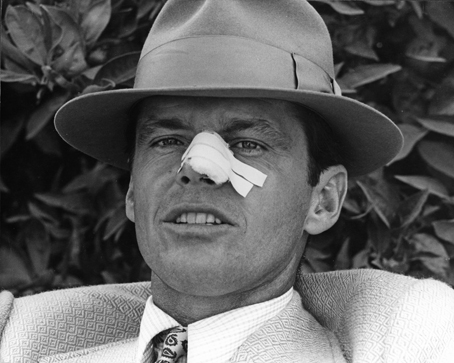 There’s a chance to see Roman Polanski’s neo-noir masterpiece Chinatown (1974) on 9th May. Jake Gittes (Jack Nicholson) sweats his way through a heat wave in 1930s Los Angeles, where residents suffer from a water shortage due to an ongoing drought. That’s Polanski himself famously slicing away at Nicholson’s nose, and that’s real fear in Nicholson’s eyes – the director repeatedly lost his temper with his actor during the making of the film and toyed with the prop knife to leave Nicholson with the uneasy feeling that he might be about to get his nostril split open for real. He didn’t; if you watch the clip you can just see Polanski move his thumb to release a jet of fake blood. 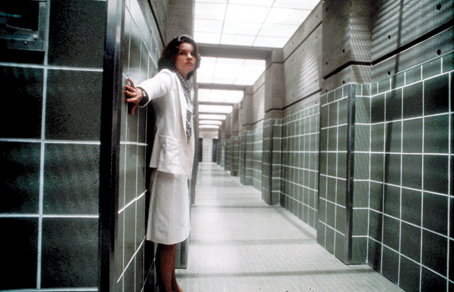 Coma (Michael Crichton 1978), being screened on 16th May, was marketed as science fiction at the time of its release, but to an audience today its science is almost entirely plausible, which allows the viewer to focus on the conspiracy at the heart of the story. Genevieve Bujold plays a doctor who, after a series of mysterious and fatal mishaps with patients going into coma for no apparent reason, begins to suspect that something evil is being covered up at the Boston Memorial Hospital. It would be mean to say what that ‘something’ is but suffice to say you’d have thought the authorities in Massachusetts would have tried donor cards first.

Jane Fonda and Michael Douglas in The China Syndrome

If you’re still in the land of the living a week later you’ll have a chance to witness The China Syndrome (James Bridges 1979). While doing a series of reports on alternative energy sources, an opportunistic reporter (Jane Fonda) witnesses an accident at a nuclear power plant. She is determined to publicize the incident but soon finds herself entangled in a sinister conspiracy to keep the full impact of the incident a secret. The film was a box office hit, thanks in part to the ‘free publicity’ offered by the Three Mile Island disaster that occurred just three weeks after the film’s release. 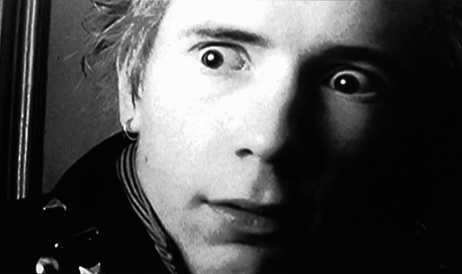 Johnny Rotten in The Filth And The Fury

Finally on 30th May you can wallow in the nostalgia of The Filth And The Fury (Julien Temple 2000). This rockumentary chronicles the rise and fall of the Sex Pistols, and the cultural impact that they unleashed upon the world at a time of mounting social upheaval. If for no other reason, go and see it to mark the passing of Malcolm McLaren and mourn the loss of that era’s creative spark.

Tickets for all of these films are £4.50 / £3.50 and entitle you to £1.00 off a tasty full breakfast at Watershed café/bar before each screening.

For more information about the Festival of Ideas 1970s film season: www.ideasfestival.co.uk