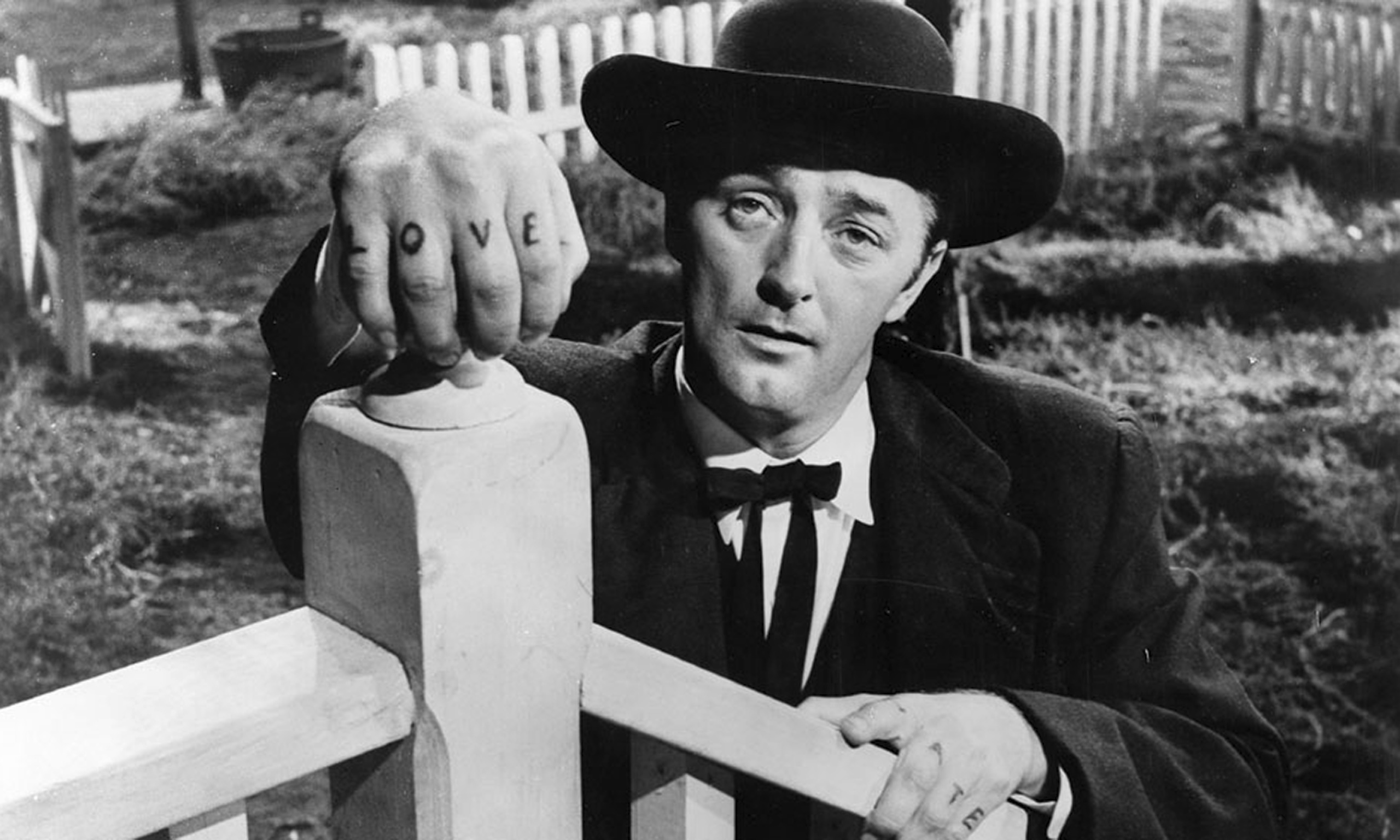 The body as object in Charles Laughton’s gothic masterpiece The Night of The Hunter: Caroline Burns Cooke looks at Robert Mitchum’s Love / Hate tattoos – the perfect embodiment of the duality of nature in screen villainy.

When Robert Mitchum’s Preacher drives onto the screen, inked paws clutching the steering wheel, he discourses confidently with God, certain that his maker- lover of killing and loather of ‘perfumed things’- is firmly on his side in his mission to rid the world of the Whores of Babylon. Cut to a Burlesque show and the first glimpse of his left hand twisting into a fist of rage, HATE tattooed large on his fingers. As he digs the hand into his pocket, does he seek to hide his revulsion for the female form? Hardly. A flick knife thrusts its way through the fabric- scene set for a feast of violent misogyny of biblical proportion.

He may claim to espouse that ‘love sometimes wins’ but in his world, love is a twisted thing. The LOVE tattoo is seen when he points his knife towards heaven in prayer- praising God for sending him another ‘widow in the making’ and again when he holds it aloft in order to dispatch poor Shelley Winters to a watery grave. (Didn’t she learn anything from A Place in the Sun? And God knows she should have seen James Mason coming in Lolita.) 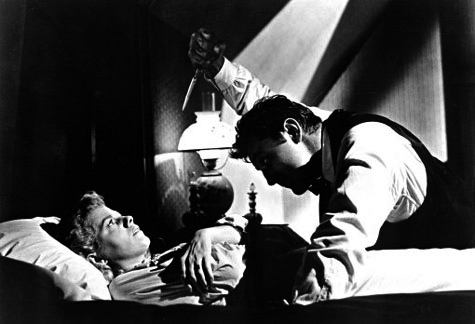 This primitive form of body art is the perfect evocation of intent. He physically embodies the white hat / black hat concept of good and evil- good meaning ridding the world of evil in the form of fleshy womanhood- and making off with their fortunes as reward for his deeds. This Preacher’s body is surely a temple. Yes, you guessed it – of Doom.