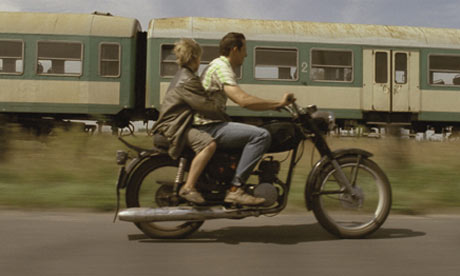 When I asked the writer/director of Tricks/Sztuczki, Andrzej Jakimowski, about the freshness and originality of his second feature film within the context of Polish cinema, and about any influences on his well-received sophomore effort, he replied that there were no conscious forebears to whom he wished to pay homage, Polish or otherwise. Some may quibble with this statement – given its mix of caressing, optimistic humanism, emphasis on broken families and working class, street-level naturalism one could well invoke the François Truffaut of Les quatre cents coups/The 400 Blows (1959); or indeed one may well also look closer to home and contrast with another second feature, István Szabó’s Apa/Father (1966), which also looked at the plight of a fatherless young boy. However, one of the real strengths of the film is its ability to absorb any perceived forebears and stand in its own right as an organic entity in and of itself. And it is this quality in particular that marks Tricks out as a mature work by a distinctive film-maker.

Chosen as Poland’s official entry in the 2009 Academy Awards in the category of Best Foreign Language Film, and winner of a host of other prestigious awards both in Poland and around the world, Tricks combines elements familiar to Polish cinema (its small town setting is a faded, crumbling relic of a communist past) with a largely sprightly tone that does not undermine the weight of the material. Like Jakimowski’s feature debut, Zmrużoczy/Squint Your Eyes (2002), the film presents a world as seen through adolescent, pre-teenage eyes. The earlier work concerned a ten-year-old girl who leaves home to go and live on a farm after she has become disillusioned with her parents, and its follow-up similarly looks at the gulf between young and old, in this case a young boy who believes the man he spies at the train station every morning to be his estranged father.

The title thus derives from the sly inducements to fate initiated by the young protagonist to force his luck and have his perceived father bump into his mother at her place of work, and by this route bring his family back together. Through brevity of action – of short, sharp and pointed scenes of characterization, and telling, deceptively incidental narrative detail – Tricks maintains a relatively hectic pace entirely in keeping with its often hyperactive young protagonist. The director is smart enough to depart from this character’s youthful belief in his own power to ‘trick’ fate and show the ramifications of his actions; the obverse image of the good luck that he creates for himself. These though are not dwelt upon at length, Jakimowski preferring instead to keep proceedings comic and largely uncluttered and uncomplicated. However, they do add up to a strangely self-enclosed world of insular cause and effect in which the same cast of characters re-appear in unexpected ways, as though the town were a veritable stage (which for the young boy it could well be argued to be). This makes for a fascinating, productive clash with the drab milieu, and underlines a point about life in Poland that, although perhaps out of date in post-communist times, nonetheless connects the narrative to its cultural context in an interesting manner. Tricky in subject matter but not in style or emotional impact, this is an unassuming gem that marks its director out as a talent to watch closely. 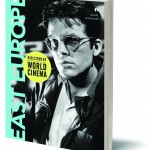 The full extract can be read at www.worldcinemadirectory.co.uk