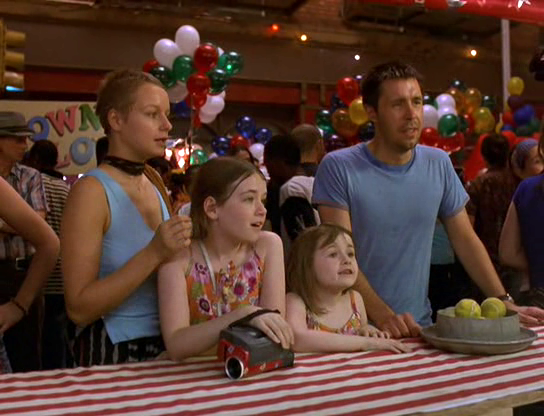 Making a change can be difficult at the best of times, but doing so as a way of beginning again following the tragic loss of a loved one is a challenge that almost breaks the Sullivans, the wounded family at the centre of Jim Sheridan’s achingly moving In America.

The clan – dad Johnny (Paddy Considine), mum Sarah (Samantha Morton) and their two kids Christy and Ariel (real life sisters Sarah and Emma Bolger) – have made the decision to up sticks from Ireland and illegally start a new life in the land of the free via Canada.

The reason becomes clear when Johnny inadvertently responds to a U.S. border guard’s question over how many kids they have by saying “three”, only to be corrected by the softly spoken Sarah. Their young son Frankie, it transpires, has died from a brain tumour and despite moving to New York, the bright lights of the Big Apple can only distract the clan for so long from the cloud that has followed them to their new home. 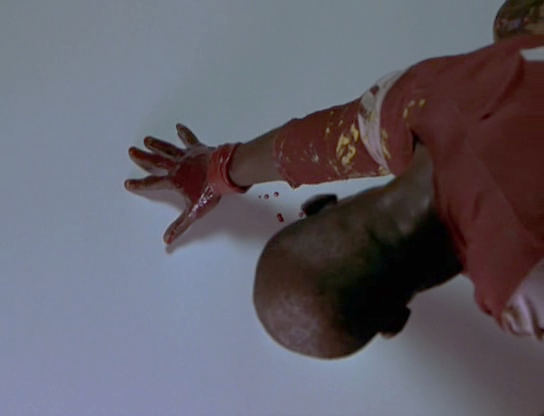 They share a rundown tenement block with a ragtag bunch of misfits, most notably “the man who screams”, aka Mateo (Djimon Hounsou, an actor whose range has sadly been restricted to stern-faced action movie roles of late), a reclusive Nigerian artist who pours the anger and despair he feels over his worsening health into his painting.

Mateo’s brought out of his self-imposed monasticism by the angelic Christy and Ariel, who love their parents deeply but struggle to recognise their father as the same man who existed before their brother’s death.

Johnny is an actor unable to land a part because he’s been left emotionally numb since Frankie’s death; the desperation eating away at him to make things right spills out during a street carnival when a trivial game of chance takes on high stakes consequences as he puts the family’s limited finances on the line to win a toy for Ariel. 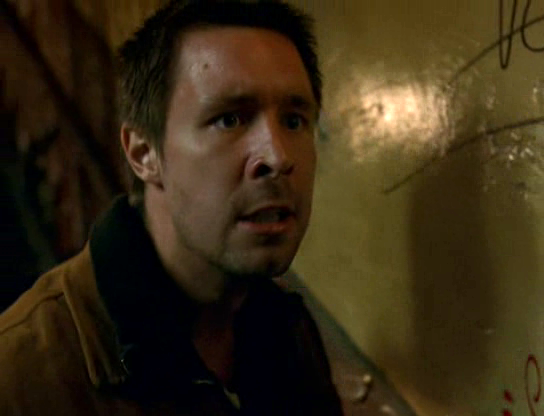 The script can’t resist symbolism, with Sarah’s pregnancy running parallel to Mateo’s worsening illness. The mysterious Mateo, meanwhile, comes dangerously close to fulfilling the ‘magical negro’ stereotype so beloved of American cinema; a noble and principled man who forms a bond with the Sullivans and helps Johnny to finally overcome the pain of Frankie’s death.

However, such is the heartfelt and convincing bond struck between the Sullivans – the Bolger sisters especially are a revelation – that you never feel manipulated; the shameless sentimentality that could so easily have derailed the picture is avoided by the sincerity of the cast and filmmakers.

Sheridan has spoken openly of how personal the project is to him (the film is dedicated to his brother Frankie, who died aged 10), while the fact the script was co-written by the director and his two daughters Naomi and Kirsten makes In America a real family affair, with a warmth and spirit that won’t fail to move even the most stone-hearted cynics. 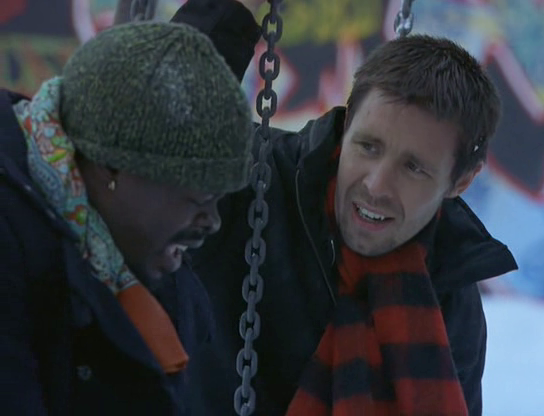