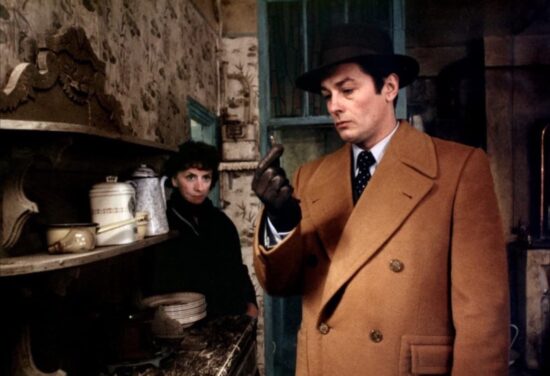 Monsieur Klein is an art dealer living on the Left Bank in Paris, on Rue de Bac. Played by Alain Delon, with his good looks, refined clothes, stern haircut and minimal mimic, he looks at ease and undisturbed in his generous apartment, lavishly decorated in rich colours and trimmed with paintings. Dressed in a luxurious striped dressing gown, he remains cool and calculated as he casually makes deals with the Jewish people who are desperate to sell their valuables and cash in so that they can leave the Nazi-occupied country. He’s in it for the money. Emotions don’t belong here.

Alain Delon had already proven how good he could play the completely detached, hardly betraying an emotion, type of character almost ten years earlier, in his sublime portrayal of Pierre Melville’s killer-for-hire Jef Costello, in Le Samouraï, where Delon’s exceptional good looks and impeccable look met Melville’s idea of the gangster as an image. Clothes make the man in Le Samouraï. Jef Costello recedes in the safety of his trench coat. It’s his armour. Together with the tilted downward hat, the trench is also part of what has come to define the protagonist of films noir. But he’s a different kind of noir anti-hero. He’s Melville’s noir anti-hero. Like a samourai, Jef Costello abides by a code of conduct and leads a solitary existence. His dressing is like a ritual, systematically putting on his hat and coat before going out to get a job done. Delon is dressed with the finest precision, yet he seems completely unaware of his appearance. Everything is simple, stark, clean-cut, primordial to his lifestyle. His clothes are more than part of his image, they are part of his profession. He lives and kills alone.

There is something of Jef Costello in Robert Klein. In his sharp suits, double-breasted tailored coats, pristine fedoras, carefully slipped-on leather gloves and calculated mannerisms, there is not much the perfectly groomed and perfectly dressed Mr. Klein leaves to chance in Joseph Losey’s film. When asked about the character of Robert Klein and whether other actors could have played him, Samuel Blumenfeld, film critic at Le Figaro, said in Cinématographe magazine: “Yes, there may be other actors. But what is certain is that this profile of an art dealer under the Occupation buying at a low price the paintings of French Jews at bay – the anti-hero par excellence – fits perfectly with this atypical and unpredictable actor”. 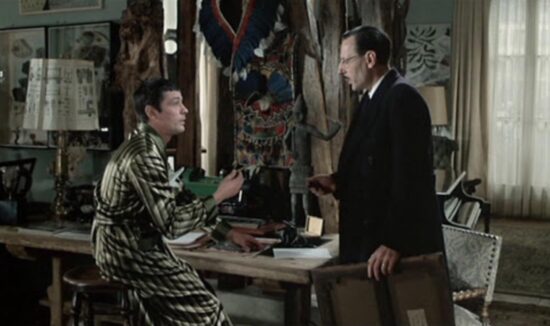 But what is different with this character, as compared to Pierre Melville’s anti-hero, is that he is fully aware of his appearance and he’s working hard, albeit immorally, to maintain it. He is a man very sure of himself. And yet the biggest difference is that, this time, we slowly get to see inside the armour. We get to see behind the appearance. Losey manages what few other filmmakers have with Delon, balancing out a subtle narcissism with a gloomy fatality, his refined features, classical beauty and inward-looking image contrasting with a naturally possessed affinity which reveals a dark side when you least expect it. What happens when you are not sure of your identity anymore, when confidence gives way to confusion, vulnerability and fear, none of which you can control?

When a Jewish newspaper addressed to him by name lands outside his door, Robert Klein starts to investigate the circumstances that could have led to this mistake. At first, he does it out of curiosity. It’s a curiosity coming from instinct but also from a place of privilege – he is so sure of himself and of his good life that this identity chasing is more of a game for him. “What strikes me after seeing the film again,” Charles Dantzig continued, “is Delon’s hairstyle, we made him a little boy’s lock, first communion with a parting on the side. It accentuates the fact that Robert Klein is curious as a child. He is a child. He seeks to know things, not for a question of identity or a question of danger, but really out of curiosity.” But curiosity is soon taken over by obsession, an obsession of figuring out why this has happened. The more he investigates, the more suspicious he himself becomes. Suddenly, he becomes fully aware of the world outside, which is a completely different world than the comfortable yet disillusioned reality he has been living. His reality becomes a desperate world, too, a world where he cannot be sure of anything anymore, where everything can turn out to be an illusion, where he doubts his own identity.

This psychological deconstruction is not reflected in his exterior appearance. His clothes remain intact, and that’s the unnerving part. It’s the look on his face and the look in his eyes – there are only glimpses of it, but his self-assured and dry smile first turns into confusion then into desperation, and the change is so sudden that it cuts through his expression like a sword – that give away his frail identity, followed by his descent into hell. 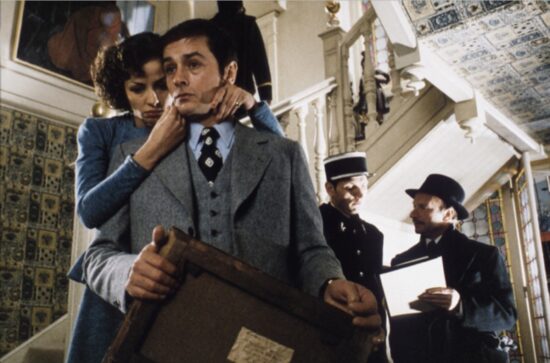 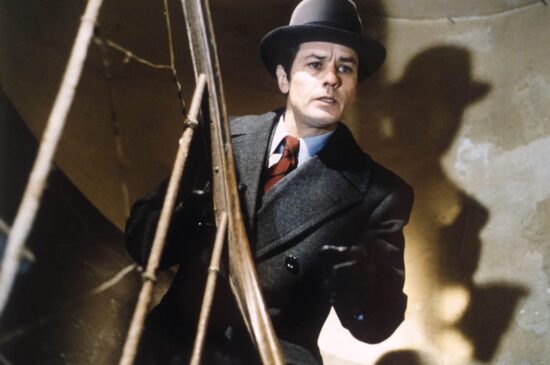 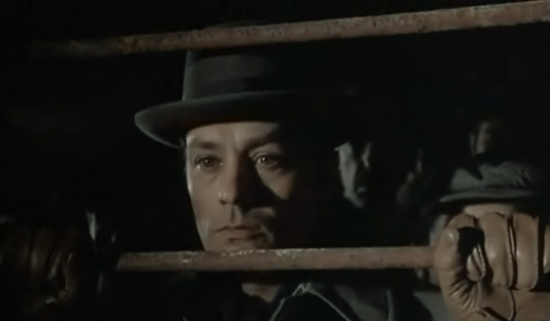 Editorial sources: franceculture.fr / “Melville on Melville”, by Rui Nogueira / interviews with Rui Nogueira and Ginette Vincendeau, author of “Jean-Pierre Melville: An American in Paris” featuring on the Le samouraï Blu-ray edition released by The Criterion Collection