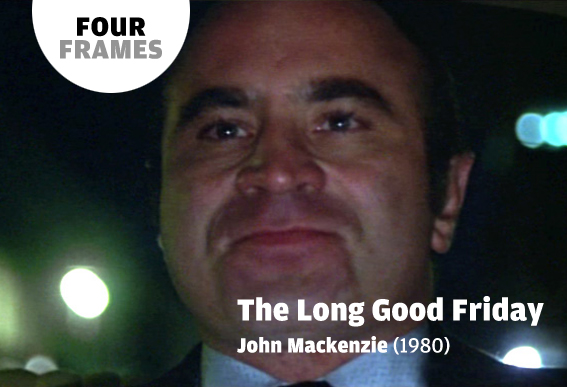 The ending of John Mackenzie’s seminal British gangster film is regarded by many, this author included, to be a work of art, befitting the superb fall-from-grace story of London crimelord Harold Shand (Bob Hoskins).

Having just abruptly ended a business deal with the New York mafia, “The mafia? I’ve shit ’em!” Harold storms into his car, too flustered to notice that something is afoot. His driver appears to have suddenly sprouted curly hair, and where’s his wife in the back seat? 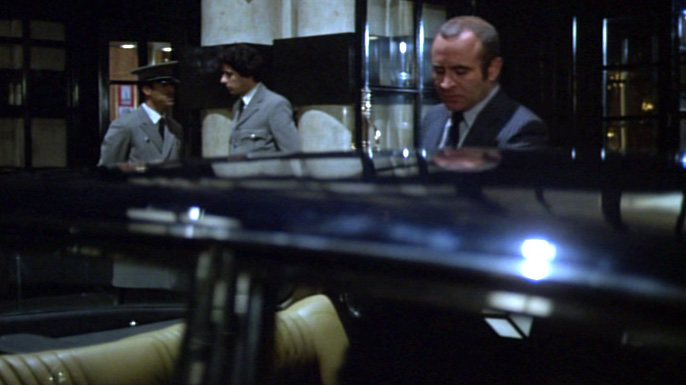 When the car zips off at breakneck speed he realises, all too late, that the game is up. He’s been nabbed, but by who? One glance from the rear-view mirror reveals all. 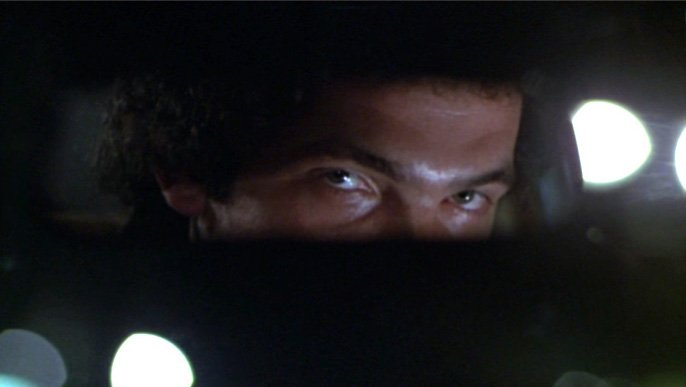 The ominous stare emanating from those piercing, distinctly green eyes means only one thing – it’s the IRA, and they’ve got him bang to rights. As the character of Jeff stated earlier in the film – shortly before Harold proceeded to stab him in the neck with a bottle – these people are fanatics, kill ten or twenty and they still come back, Harold now realises this to be true. You know what, those eyes look a bit familiar… it’s director John Mackenzie, making a pretty dramatic cameo. But who’s that in the passenger seat? 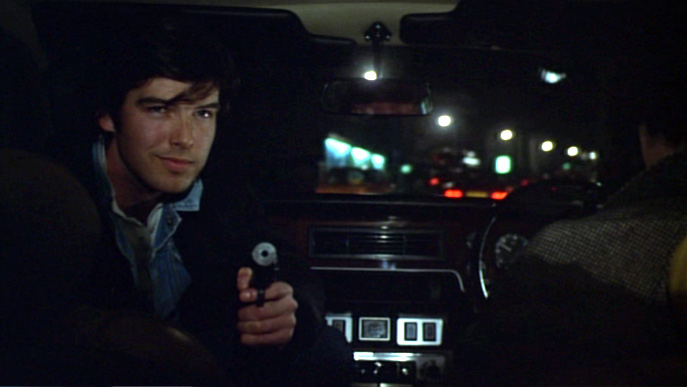 It’s Queen and country himself, Pierce Brosnan, in his first feature role. He only has one word of dialogue in the entire film, which was not scripted, and appears in the grand sum of three scenes, but you certainly don’t forget him. Sitting there, pointing a gun at our thoroughly flummoxed Harold, he makes the protagonist’s fate seem less appealing than a tub of jellied eels. Harold is about to go out like a raspberry ripple.

So, what does he do? Meet his end kicking and screaming? Never. Harold sits there and takes it like a man. His face is a smorgasbord of emotion, alternating from shock, to anger, to resignation, eventually settling on acceptance. He even offers a wry smile, in response to Brosnan’s smirk (as seen above). 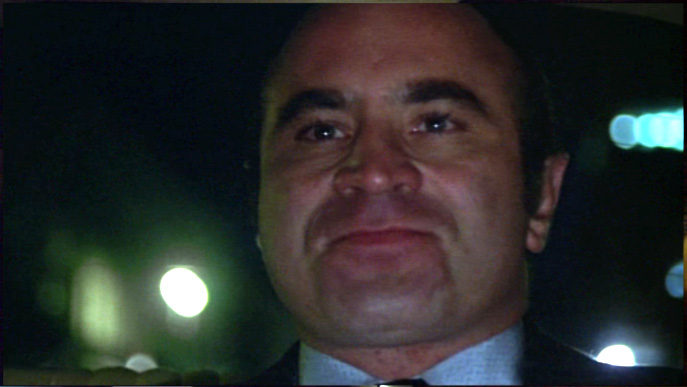 Resigned to his fate, he deals with it like a true Englishman – the best man has won, and Harold accepts it. The wealth of facial expressions that he displays in this sequence is notable, but what exactly is he thinking during this rather unfortunate turn of events? It’s nice to provide your own answer, but in actual fact the reality is quite interesting too. While filming this scene, which was one continuous five-minute take, John Mackenzie sat in the front seat barking direction at Hoskins. Later on, he revealed that his primary message to the actor was to relive the events of the preceding film in his mind – as he faces his untimely end, his life flashes before his eyes.

Undoubtedly the scene would not be remotely as memorable without Francis Monkman’s brilliant score, which is played at such a loud volume because all of the ambient noise was muted due to Mackenzie’s vocal directing. The music, in combination with the superbly poignant denouement of Hoskins’ character, creates a fitting end to a thoroughly brilliant slice of British cinema. London may have once been Harold’s manor, but by the end his aging archetype has had the door shut firmly on its posterior. As Harold states earlier in the film, “I’m not a politician,” unfortunately this is the age of politics: the IRA have relocated from Londonderry to London, and, as if to compound the misery of the British public, Thatcher has just moved into Downing Street.

A really great and forgotten gangster film — when Bob Hoskins died, everyone mentioned Roger Rabbit, but this is his real legacy as an actor, and also a solid performance from the great Eddie Constantine – perhaps his best work outside of Godard’s Alphaville. Excellent piece!