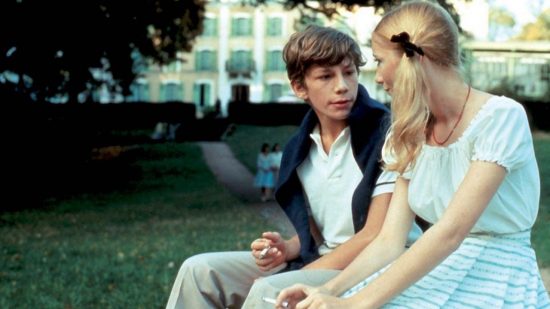 Louis Malle’s Murmur of the Heart consists of two distinct, yet complementary halves: the first an unabashed celebration of youth, and the second a rude awakening to adulthood’s messy realities. Although the latter, darker section receives more critical attention, the early scenes of teenage debauchery rank among the writer-director’s most endearing and humorous work.

This first half follows young Laurent (Benoît Ferreux) and his elder brothers, Thomas (Fabien Ferreux) and Marc (Marc Winocourt), as they engage in a number of escapades that mock an adult world they will soon inhabit themselves.

Probably the most innocuous of the brothers’ antics is their round of “spinach tennis,” in which Thomas and Marc fling a ball of spinach back and forth with their spoons and catch it with their plates. This throwaway scene, though lighthearted, expresses the boys’ disdain for what they see as their parents’ bourgeois participation in the actual sport. 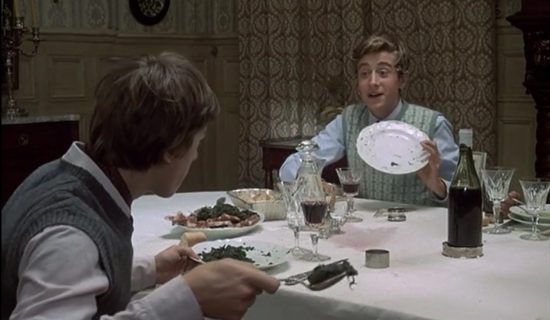 The film’s comedic centerpiece is far more elaborate. It begins when Thomas and Marc convince a friend to forge a duplicate of one of their parents’ prized (and expensive) paintings. Initially planning to sell the original if the fake goes unnoticed, Marc instead proclaims how putting a price-tag on art is “capitalist speculation” then madly stabs at the forgery in front of his horrified parents and delighted brothers. 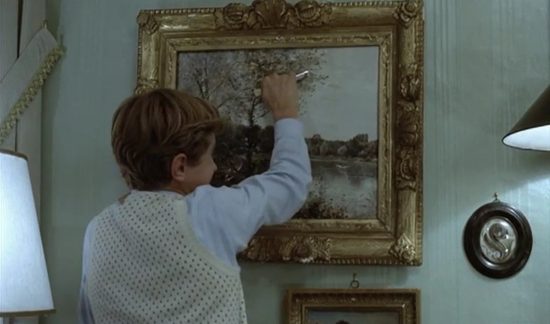 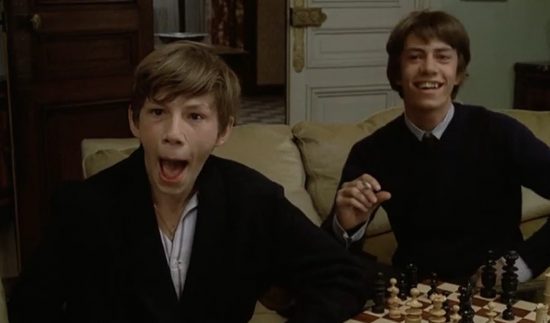 Thomas and Marc take their games too far, though, when they coerce Laurent into visiting a brothel as a rite of passage. Malle addresses this taboo subject matter with warmth and understanding, rather than exploitation; he portrays the prostitute as a tender, caring woman, without coming across as misogynistic or glib. The scene is oddly touching – that is, until Thomas and Marc barge into the bedroom and humiliate their brother. 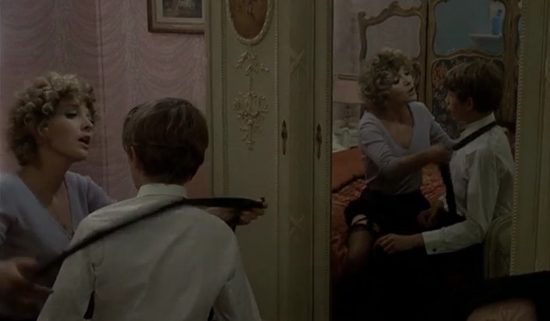 These scenes precede Laurent’s extended visit to a medical institution for heart murmur treatment. This change in setting marks a change in tone, wherein Malle’s young protagonist comes to terms with the adult world he had previously mocked. The early sequences, then, serve a twofold purpose: not only are they quick-footed and often laugh-out- loud funny, but they are also the emotional foundation for Laurent’s controversial coming-of-age in the film’s final act.