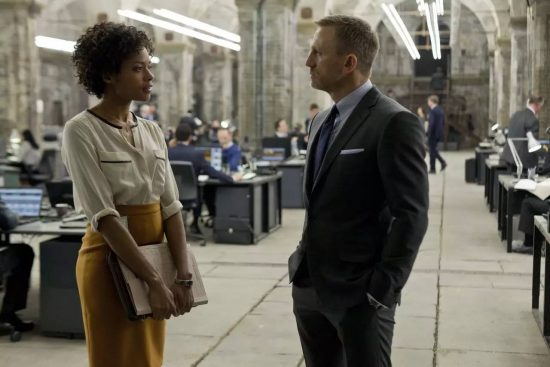 I am a hardcore James Bond fan. I can enjoy watching a Bond movie, even a bad one, for sheer entertainment. I am okay with certain Bond movie clichés and stereotypes, but I have to admit that, as a good film lover, whenever a great new Bond movie – or even one that just contains an element of surprise – is made, I rejoice.

It happened with Casino Royale, which went on to become my all-time favourite Bond film, and with Eva Green’s character, my number one Bond girl. And it happened again with Naomie Harris’ Moneypenny, starting with Skyfall.

Being a Bond fan, it’s impossible to disregard the influence of the sexy and wild Bond girls that populate the 007 movies. But it’s the ones who have played against this stereotype that have really made a lasting impression, distinguishing themselves above more than looks – although they had the looks, too, alright. They are in a league of their own, a real match for Bond, instead of helpless sidekicks. These are the Bond girls who are much more than just eye candy.

Buttoned-up, individualistic, substantial, less obviously sexy and a lot more complex, the alt Bond leading lady doesn’t give it all away, but she certainly gives 007 a simmering attraction point that doesn’t necessarily involve a round of martinis (shaken, not stirred).

Eva Green’s Vesper Lynd in Casino Royale, Barbara Bach’s Anya in The Spy Who Loved Me, Carole Bouquet’s Melina in For Your Eyes Only, Diana Rigg’s Tracy, the one that Bond married, in On Her Majesty’s Secret Service, and, of course, the original woman in Bond’s life, Moneypenny, the proper and ever-loyal secretary to the secret agent’s boss, M. And I believe that it is Naomie Harris’ Moneypenny, who, unlike any other Bond girl before, has proven she can capture Bond’s attention and hold it, regardless of any sexual politics. 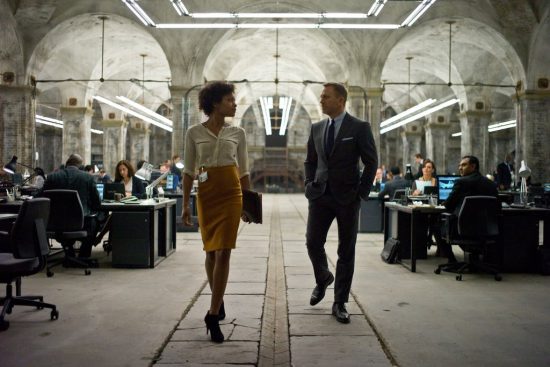 Naomie Harris breathes new life into Eve Moneypenny, turning the staid, secretarial attire of her character into the true undercover style star of the series. In Skyfall, Eve Moneypenny is a new recruit to the service, still learning the ropes of espionage.

She is discovering who she is. And she discovers that she doesn’t really have the stomach for killing and being out in the field, so she makes a mature decision to go behind the desk. But she still “has a tough job, working in the secret service, so we dressed her up like that,” said costume designer Jany Temime, who won a CDGA award for her work on Skyfall.

The Amanda Wakeley gold dress she wears during the casino scene may be the most striking of her costumes, but it’s the work outfits she sports at MI6 headquarters that are more memorable. It’s especially the black leather-rimmed white blouse, mustard-yellow pencil skirt and black booties that stand out for me from the horde of grey-blue suits in the conventional office environment.

Her costumes show a strong sense of personal style, but also that she is still learning to take risks. She gradually gains confidence, and, most importantly, the confidence of 007 – just judge by the warm colour palette of golds and oranges of her wardrobe.

Eve’s self-assurance and natural grace make her more attractive than a typical Bond girl. Naomie said that when she was asked to play Moneypenny, she was told they wanted to make a radical departure – they wanted her to be badass, tougher, more capable and much more of an equal to Bond. She radiates an unexpected kind of sex appeal and makes a lasting style statement that speaks to her personality, and makes you wonder, “What if?”.