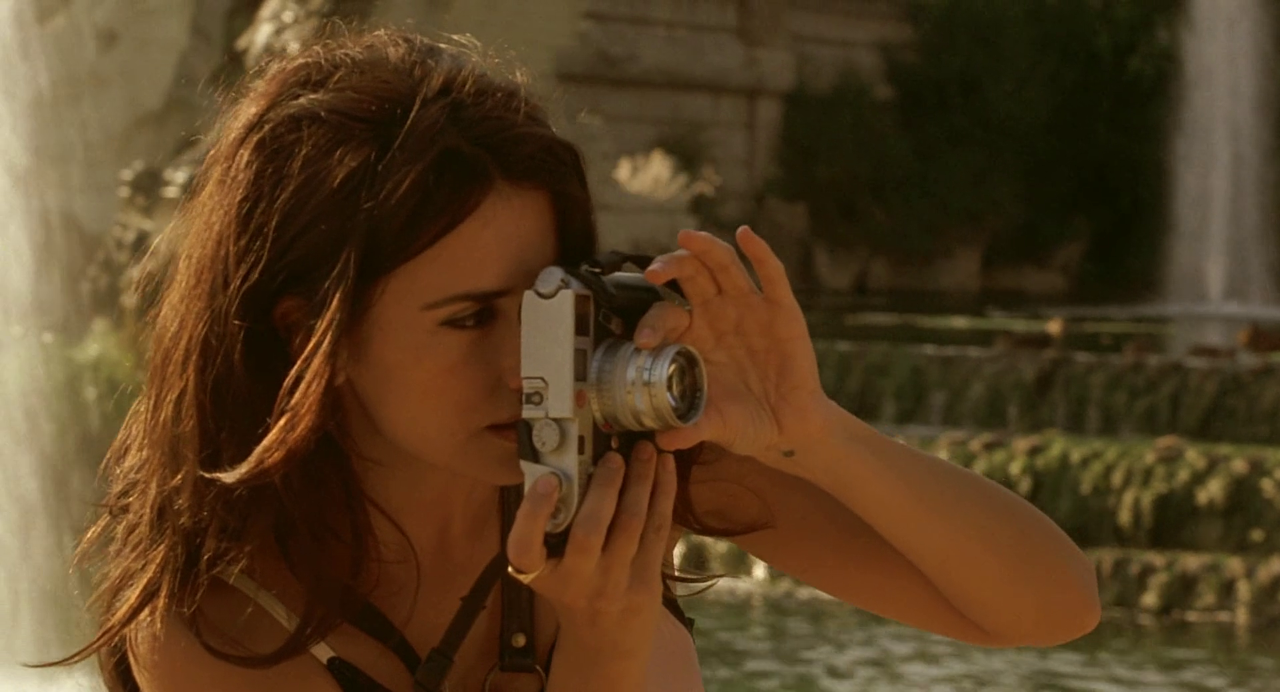 It was not until I saw Penélope Cruz in Volver that I fully understood why she is Pedro Almódovar’s muse. Her ability to convey a lot of depth with remarkable ease makes her a pleasure to see on screen. It took one great director to discover her real talent: “Pedro would push me to the limit. He really knows how to press all my buttons. You can only go into something like that when it’s somebody you really trust.”

And it took another great filmmaker, Woody Allen, to further explore her acting skills and win her a well deserved Oscar. Watching Cruz in Woody Allen’s Vicky Cristina Barcelona is, simply put, a lesson in the art of acting. Her role is so intense that it left me with a lasting impression of her untamed passion, power of attraction and volcanic temperament – a torrent of a performance. Vicky Cristina has a natural vivacity and sun-drenched splendour, the luscious beauty of Barcelona playing a major role, but it’s Penélope who brings it to life. The film belongs to her. “I don’t want to look at Penélope directly. It’s too overwhelming”, Woody Allen would say.

Cruz, as artist María Elena, the emotionally unpredictable ex-wife of Javier Bardem’s Juan Antonio, is stunning in every sense of the word. Allen starts building her character even before she appears on screen, through other characters’ conversations about María Elena. We get a strong sense of her tempestuous temperament and magnetic beauty even before we see her. But her presence on screen – her stance, her body language, her eye contact – is enticing. 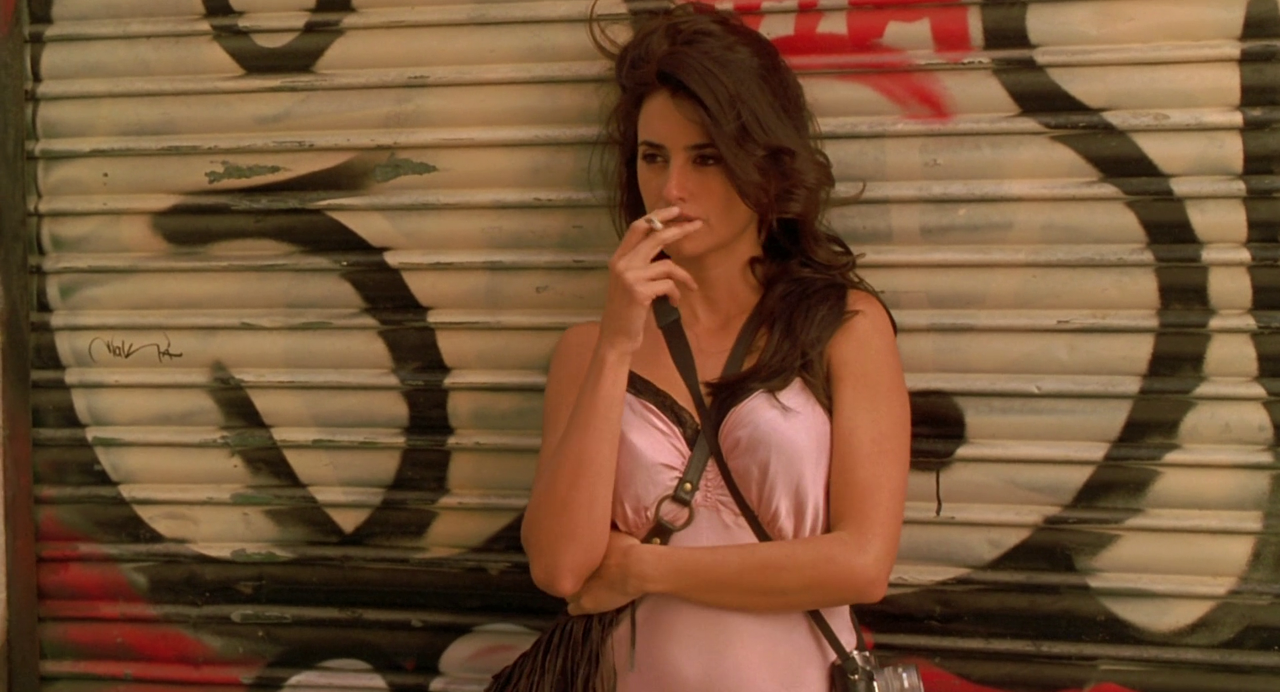 What would Woody Allen’s films be without their vibrant, odd, beautiful, and unique women? But as far as Allen’s heroines’ fashion is concerned, his movies have not exactly been renowned for spawning style icons, not since Diane Keaton in 1997’s Annie Hall (and maybe Mariel Hemingway in 1979’s Manhattan), anyway. But Penélope’s María Elena has been my summer style muse ever since the release of Vicky Cristina Barcelona.

María Elena’s clothing consists mainly of vintage finds, her costumes indicating her creativity and bohemian soul. It was the most difficult character in the film to conceive for costume designer Sonia Grande, who wanted to give her a visually interesting and contemporary look. Grande, who would continue her collaboration with Woody Allen on Midnight in Paris and To Rome with Love (also starring Cruz), had, interestingly enough, previously worked with Penélope on one of Almódovar’s films, Los abrazos rotos (Broken Embraces), where Penélope’s demanding character goes through several transformations which require a great emotional strain from the actress, and clothes helped to tell the story: “Her character had to be beautiful, without us forgetting that elegance can be a direct route to sadness”, Sonia Grande told Elle. 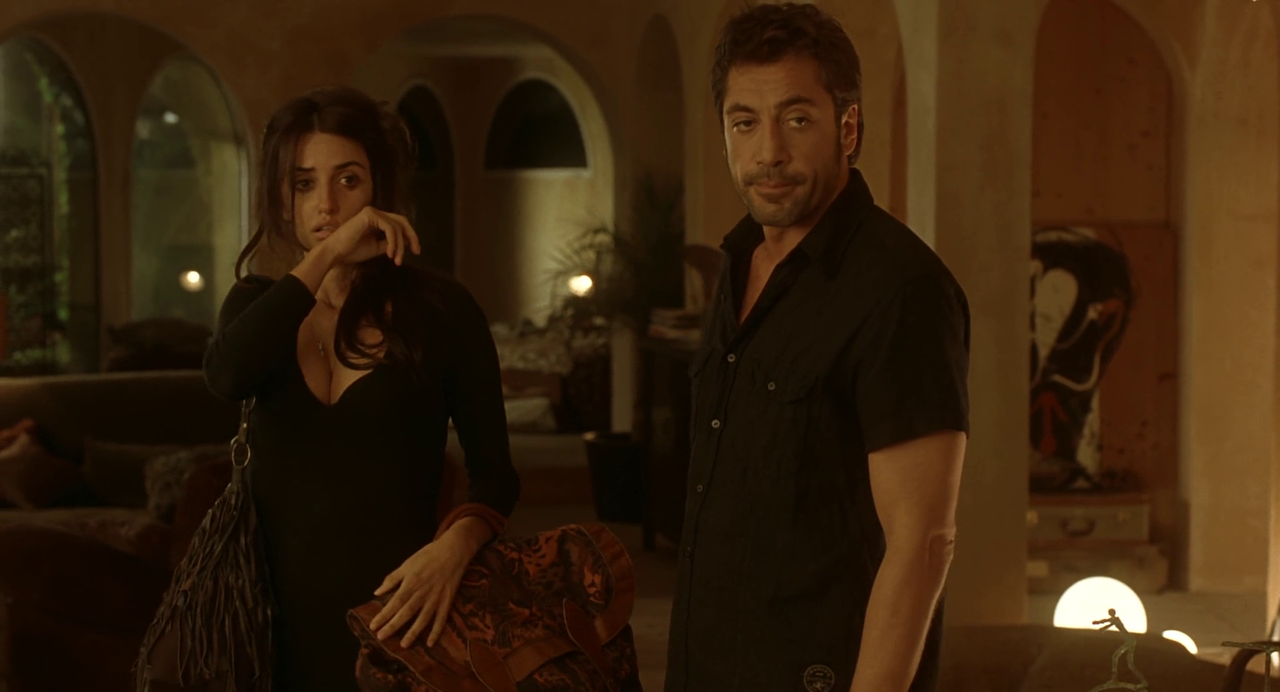 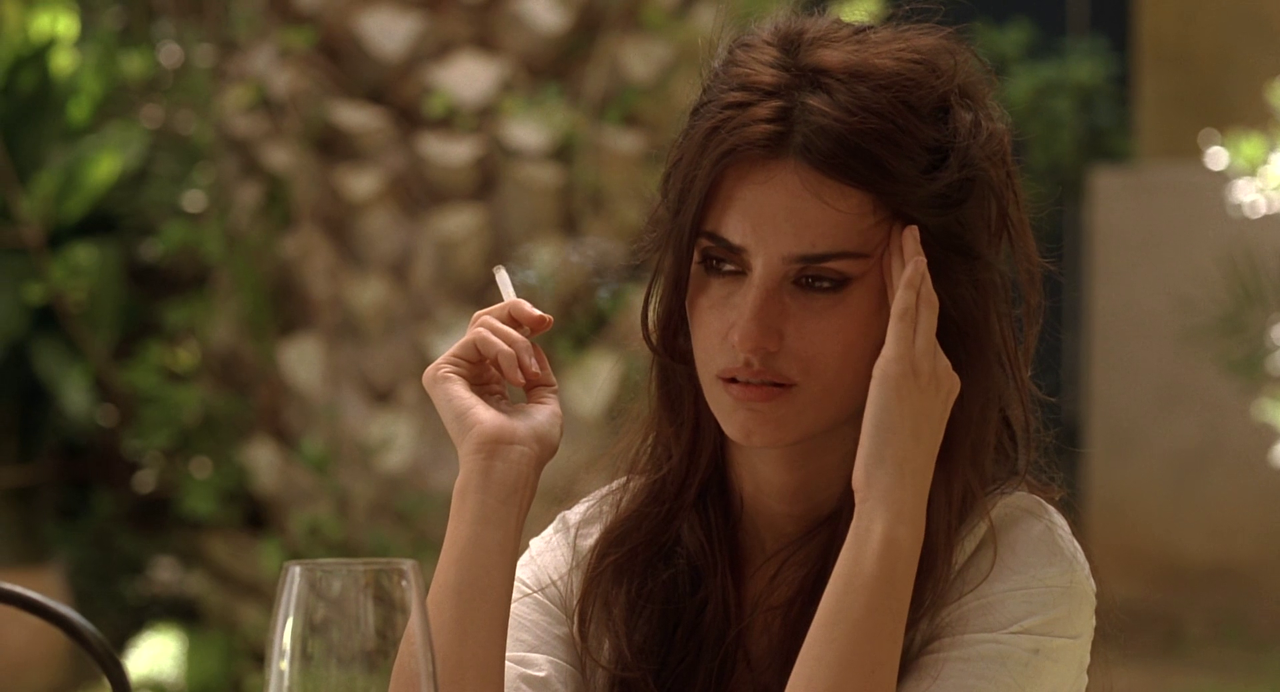 “Say something in Chinese. […] Do you think that’s beautiful?” 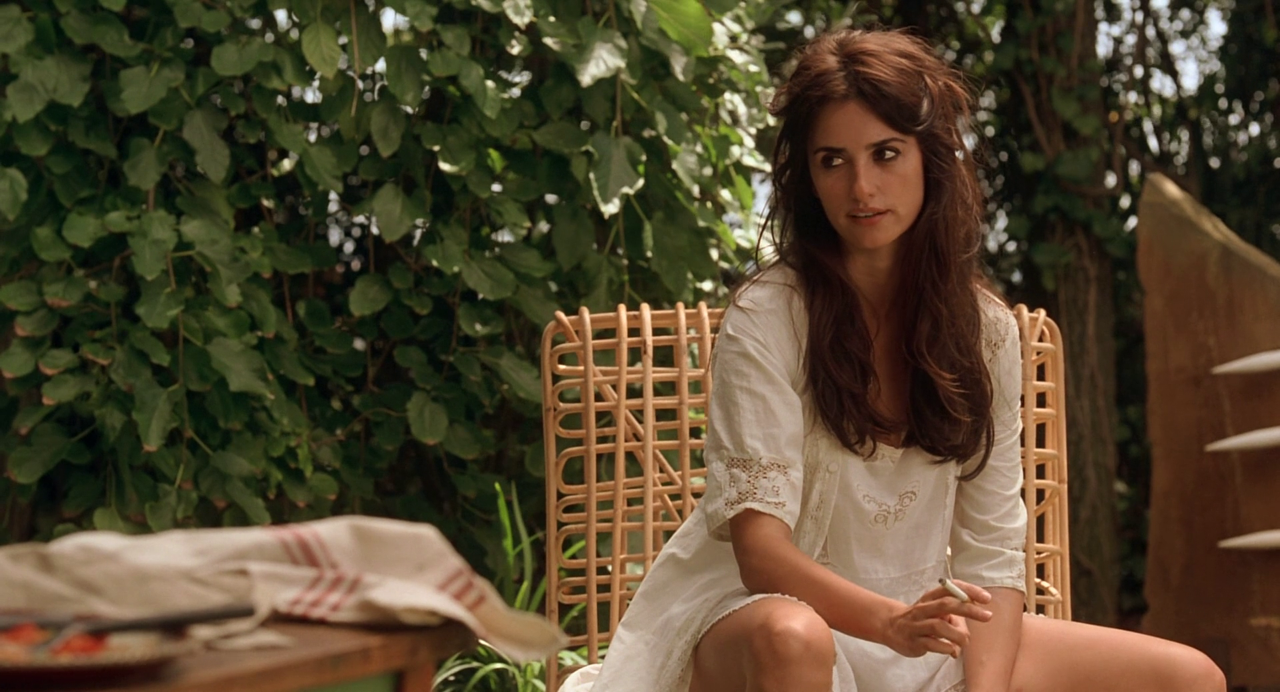 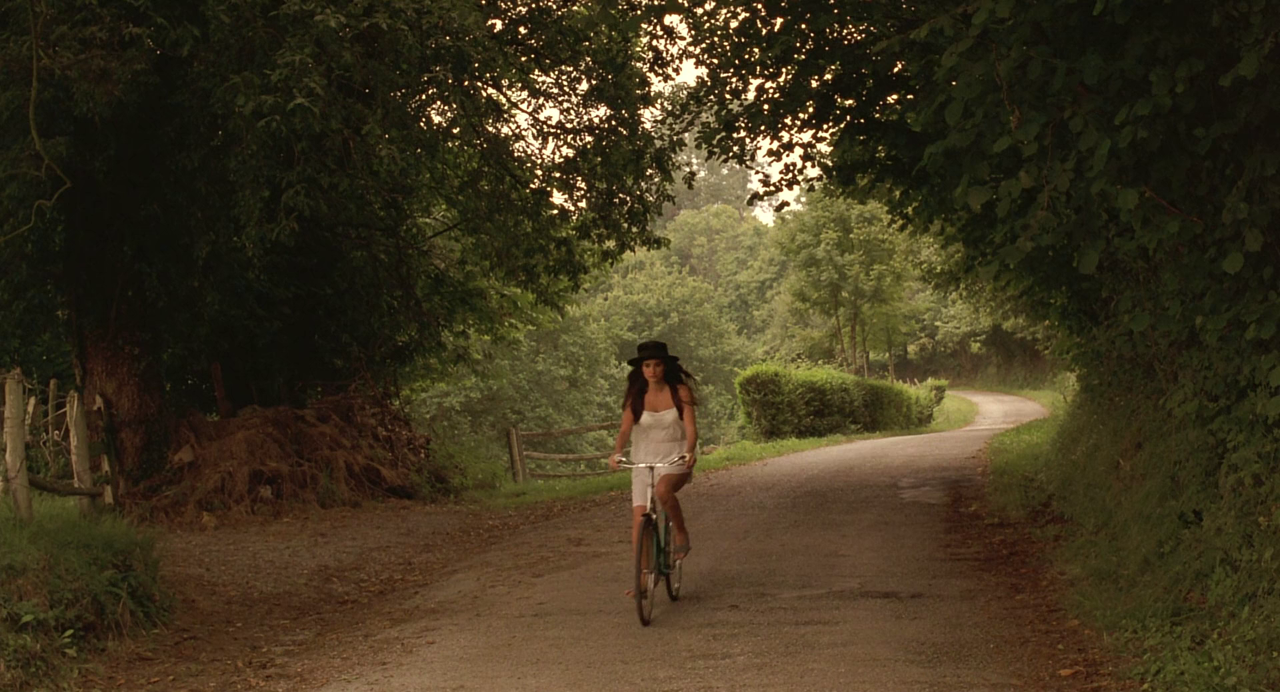 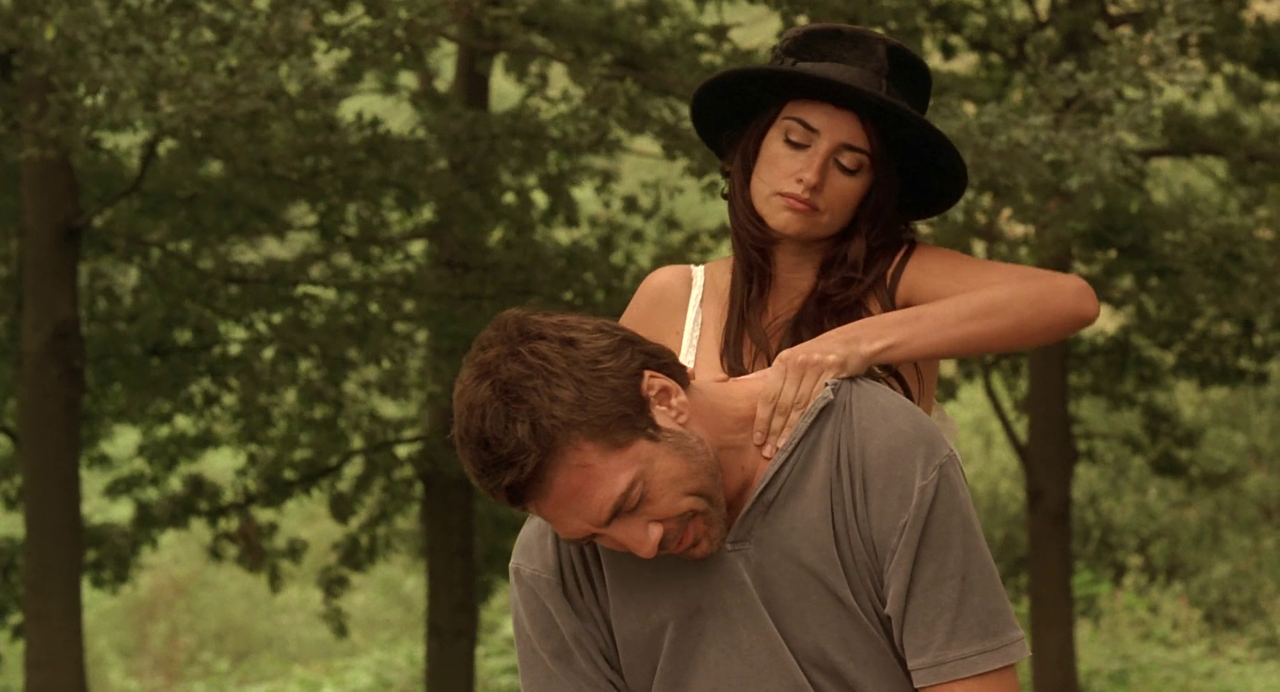 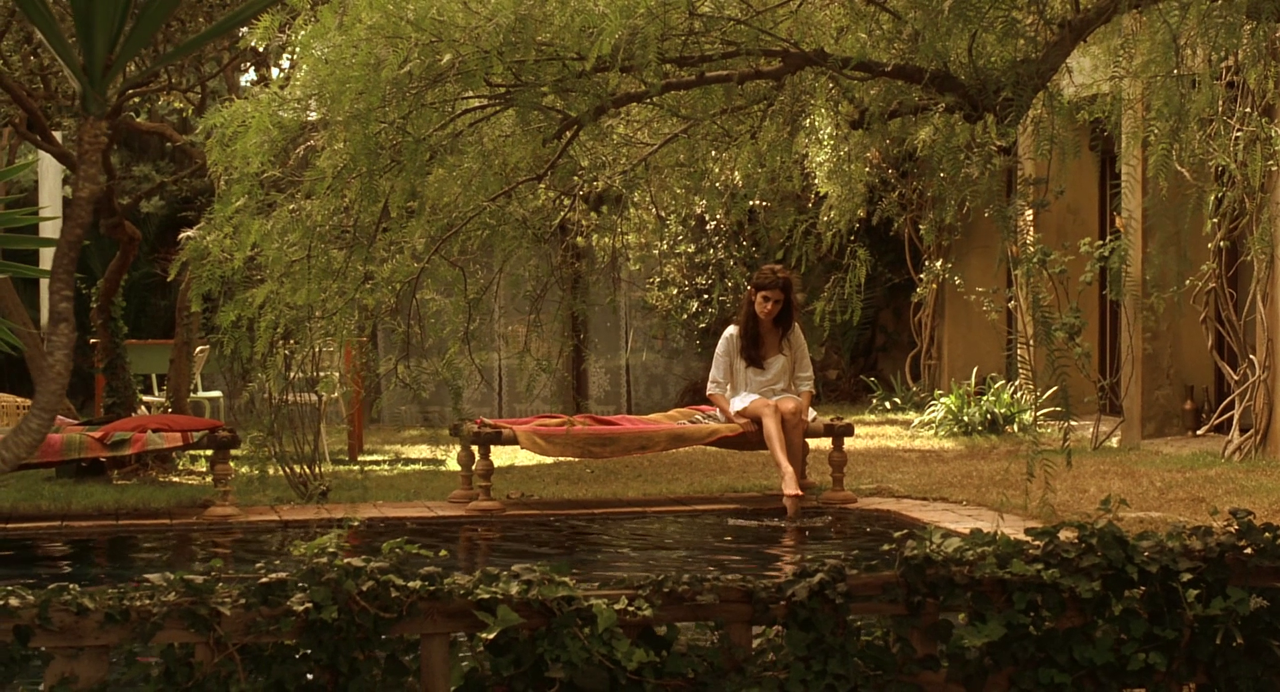 Grande further explains the starting point for building the character of María Elena: “I went to the bar on my street once, and the waitress caught my eye. I really liked what she transmitted, not what she was wearing, but the inside concept of her. Then I started thinking about the character as I was drinking a glass of wine, watching this girl’s gestures. From that, I thought of Frida Kahlo and she reminded me of a friend my mother used to have from the Cafe Gijon.

“That woman lived with the painters and artists of that period, she had no money, but she had a very interesting style. That kind of woman that creates her own image in flea markets, things she borrows, etc. She generated a very special artistic feeling. I took that concept to what a person would do nowadays, an artist that has no money. And I thought that vintage clothes would help. If a person with good taste goes to a flea market, and she’s an artist, she will recognise the good items. Maybe she’ll buy them for five cents. I designed that character from there.” 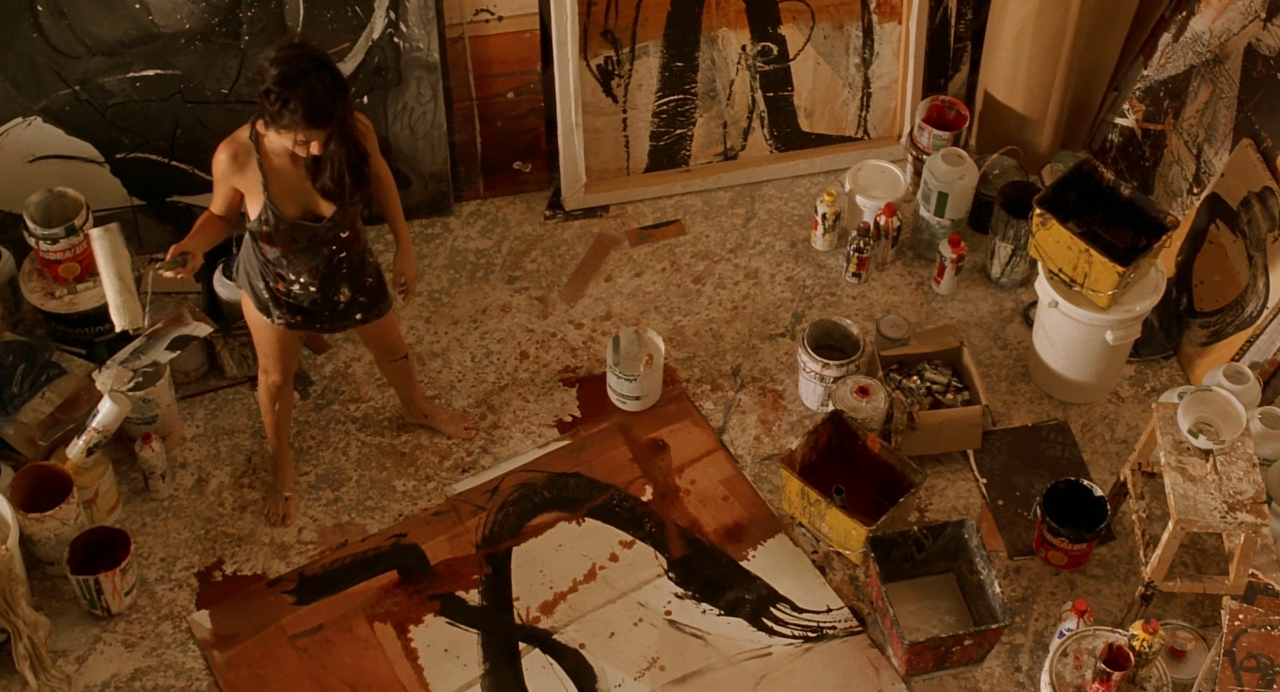 Bohemians are intriguing personalities, but I love how Grande conveys the unconventional, original and authentic nature of María Elena by keeping her style simple, through carefully chosen antique garments. “I think that the simpler you look, the better. The viewer needs to be paying attention to the message the actors are expressing.”

What María Elena’s clothes also project is an antithesis of middle class respectability, the underlying context of tensions between art and conventional society being an ever-present preoccupation of Allen’s films. And the vintage lace-embellished pink satin slip worn as daywear is the key element that defines her look. She frees herself from conventions and rules by creatively reinterpreting the past. Not only that, but her dress simultaneously divulges her fractured mental state and vulnerability through stripping away the protective layers of outerwear. 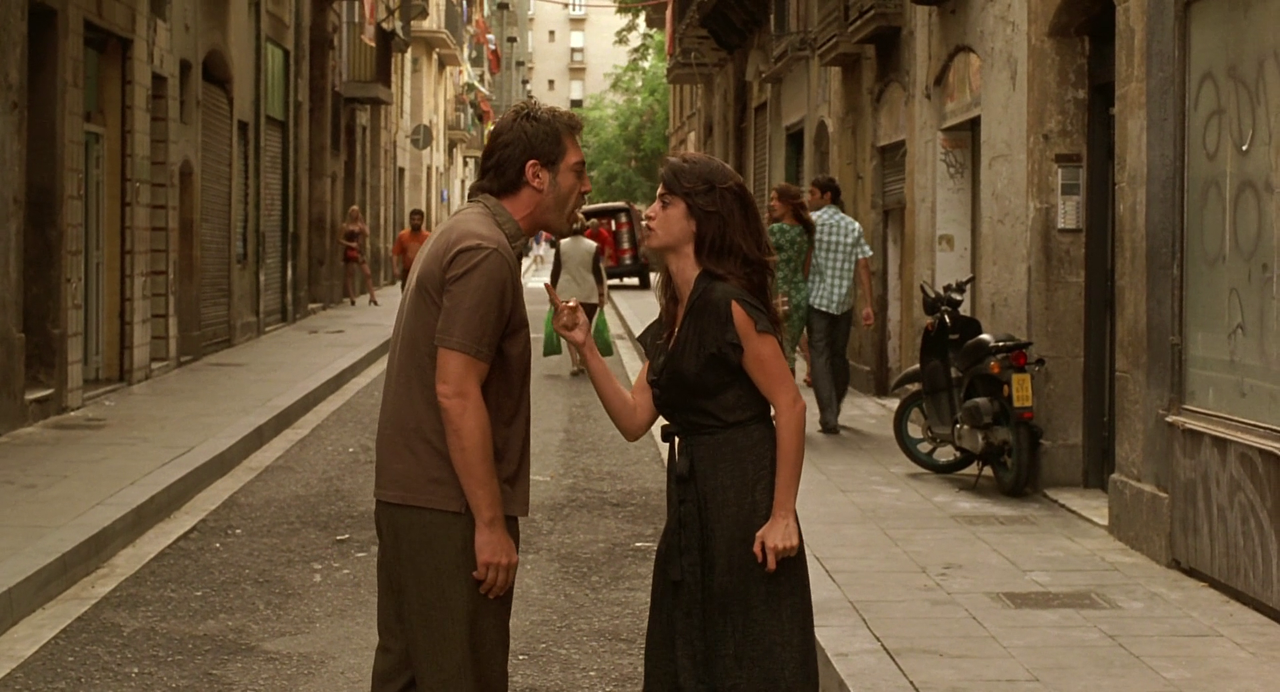 Black summer dress with split sleeves. A summery floral dress wouldn’t have been fitting for her character.

sources: W Magazine / The New Yorker / Style Lovely / Costuming the Middle Classes, Anti-Fashion as Aspirational Fashion in Vicky Cristina Barcelona and Midnight in Paris, an essay from the University for the Creative Arts Rochester / Elle