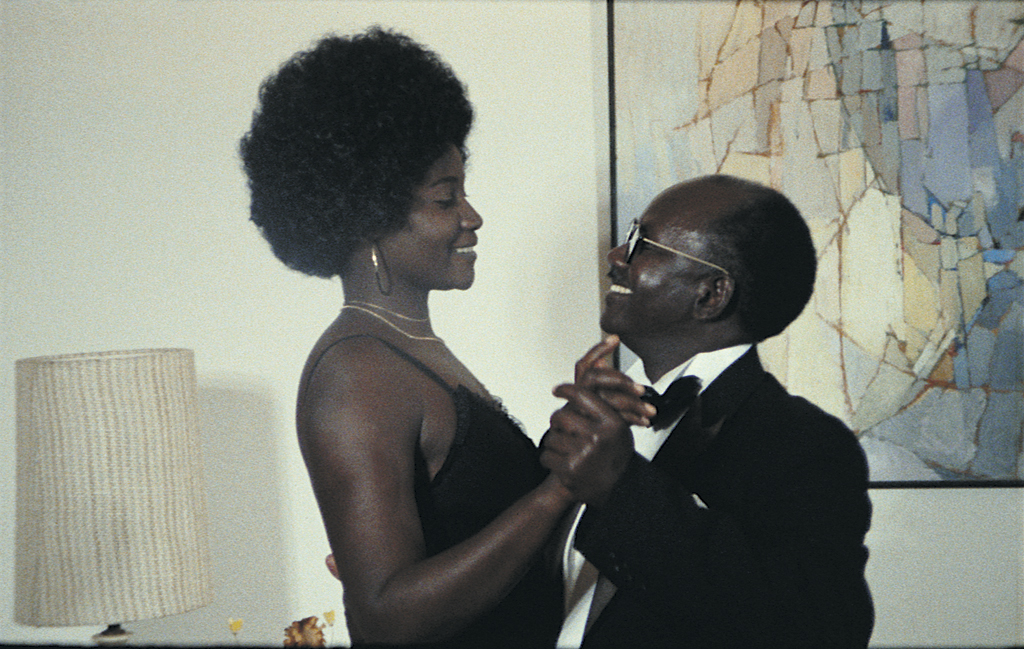 Senegalese filmmaker Ousmane Sembene is often cited as one of the major figures in the rise of post-colonial African cinema, producing context driven works of poignancy over his fifty year long career. Coming to filmmaking at later age, Sembene strove to use his work to reach a wider African audience. Based on his novel of the same name, the 1975 film Xala is a satirical gem, poking fun at Africa’s new power whilst also highlighting the serious impact monetary corruption has on the everyday man. Despite its seminal place in African cinematic history, it is currently only available on VHS or Region 1 DVD.

Xala begins at the dawn of Senegal’s independence from France. Celebrations abound as change is afoot. Sembene however takes us behind the façade, into the walls of the new government where it becomes clear that only the faces have changed and that white money is still the source of power. A Dakar official, known as ‘El Hadji’, uses this money to marry his third wife in a lavish ceremony, much to the despair of his first two and his nationalist daughter. On his wedding night he discovers he is unable to consummate the marriage, having been cursed with the ‘Xala’. A farcical morality tale is created around El Hadji as he is punished for his greed and ignorance.

Cinema replaces the traditional storyteller for Sembene; it is an artistic treatment of politics as he exposes the permanence of colonialism beneath the façade of self government. Underneath the surface comedy, clever but subtle techniques are used to demonstrate the film’s real message. Extravagance, shown mainly through colour, food, and cold hard cash is put into direct contrast with shocking images of starvation and poverty. Division is rife even in language; the elite speaking French and the people traditional Wolof.

El Hadji however remains the film’s central symbol. There is a conflict at work between his failing physical body and his outward appearance. His impotence acts as an expression of his masked self and in turn the failure of the new government to step out on their own into true independence. Particularly striking is the fetishisation of European objects. Meaning is invested in objects that cannot be expressed through consciousness or language. El Hadji’s prized Mercedes is replaced with a stool at the end of the film when roles are reversed and his shame is revealed by the people he neglected.

With this satirical exposé of the post-colonial African elite, Sembene departs from realism into allegory and symbolic fetishism to illustrate the influence money has on the greedy and powerful. A well informed balance between comedy and political relevance, Xala is a slightly offbeat but highly entertaining work of historical African cinema.