Ánimas Trujano (Mexico, 1962) starts as a documentary film with images of a festival which the villagers in the Mexican State of Oaxaca are celebrating in honour of their patron saint. A voice-over narrator explains the role of the mayordomo, a respected member of the community who is elected to organize the various religious and secular events connected with the celebrations and also to ensure that the celebrations are carried out properly. This duty is a great honour, but it also involves very high costs. In Ismael Rodriguez’s film, the man who is eager to become mayordomo is the Zapotec Indian peasant Ánimas Trujano. The camera shifts from the documentary images to a visibly drunken man sitting on a roof. The voice-over identifies him as the film’s protagonist Ánimas Trujano, dreaming of becoming mayordomo and being, for once in his life, “an important man” (the film is also known as The Important Man/El hombre importante). He is played by Japanese actor Toshiro Mifune, cast here in his first non-Japanese film. According to Stuart Galbraith IV’s The Emperor and the Wolf: The Lives and Times of Akira Kurosawa and Toshiro Mifune, the Mexican experience was a very happy one for Mifune, who cherished memories of the film throughout his life. Perhaps this is one reason for the release of a new, digitally remastered version in Japan on the occasion of the centenary of Mifune’s birth – he was born on 1 April 1920. 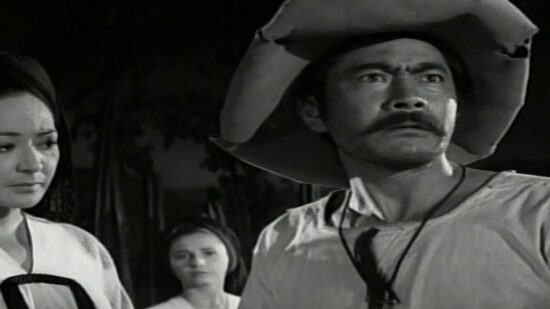 Mifune frequently played peasants or men with a working-class background. Among these men of humble origin are the horse trader in The Life of a Horse Trader (Bakuro ichidai, 1951, Keigo Kimura), the would-be samurai in Seven Samurai (Shichinin no samurai, Akira Kurosawa, 1954), the rickshaw puller in The Rickshaw Man (Muhomatsu no issho, 1958, Hiroshi Inagaki) and the peasant in Daredevil in the Castle (Osaka-jo monogatari, 1961, Hiroshi Inagaki). Ánimas is a poor peasant and the father of several children who lives with his family in a one-room shack with a floor of bare earth. Ánimas is a less likeable character than many others that Mifune played in his Japanese films. He is not only a notorious drunkard and gambler but also an abusive and unfaithful husband and father – indolent, aggressive and selfish. At the distillery where he and his family find employment, he angrily observes that his wife (who can read and write) has a better job than he has (Ánimas is illiterate). He sells his grandson, the result of a liaison between his eldest daughter and the son of the distillery owner, and makes use of the huge amount of money he receives to become mayordomo. He is constantly ready for a fight, his natural aggressiveness reinforced by frequent drunkenness. Full of self-pity, he drowns in mezcal the feeling that no one respects or loves him. In the scene at the party after the funeral of one of his younger children, a party paid for by a friendly neighbour (Amado Zumaya), Ánimas struts up and down like a peacock. “Everyone’s eyes are on us,” he says proudly to his wife. A few moments later he goes berserk when the attention of his guests is drawn to the highly-respected Tadeo (Antonio Aguilar), who has just returned to the village. “You have ruined my party,” shouts Ánimas furiously.

His eldest son (Pepe Romay) watches him with distrust and even seems to despise his father. But there is also hope in the gaze of the young boy, suggesting that he is still seeking a role model in his father and still longs for his love. Ánimas is similarly unable to understand that he is deeply loved by his wife Juana (Columba Dominguez), who at the end stabs to death the prostitute Catalina (Flor Silvestre) to ensure that her husband does not run away with her.

Naïve and superstitious, Ánimas is an easy target for those who take advantage of his belief in lucky charms, cheating him and ridiculing him. The man who shares the cell with Ánimas in prison manages to get his blanket in exchange for a supposedly magic stone, which turns out to be just a magnet. This scene has a comic element that makes the protagonist more likeable, and Mifune’s performance certainly contributes to this feeling. His juvenile charm is a convincing demonstration of childish and immature behaviour, emphasizing that he is a pitiful rather than a bad character. He clearly loves his wife, but he is unable to express his feelings. When Juana shows her devotion by kissing his hand, he behaves like a macho, wiping it almost mechanically on his trousers. When Ánimas’s son wonders what his father is looking for in life, the friendly neighbour’s answer gets to the heart of Ánimas’s dilemma: “He is looking for Ánimas Trujano”. It is only at the very end that Ánimas is ready for redemption. He takes the blame for Catalina’s murder, accepting the punishment that is his wife should receive. 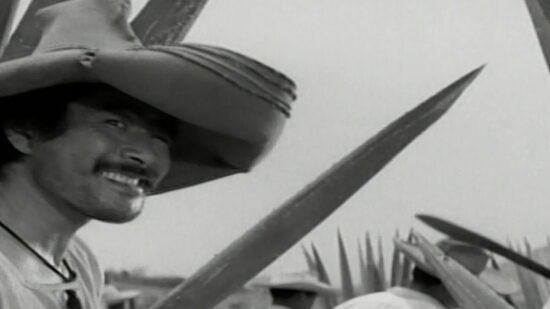 Like the protagonists in Rodriguez’s previous films We the Poor (Nosostros los pobres, 1948) and Tizoc (1957), Ánimas is a man living in the margins of society. Despite all his character flaws, he is clearly depicted as a product of social circumstances – his lack of education and the fact that he is an Indian. He proudly demonstrates his physical strength to his son during the harvesting of the agaves, which will be used to make mezcal, but the distillery owner criticizes him for being overzealous when Ánimas almost hurts a fellow worker with his machete. Calling him a “stupid Indian”, he reveals the racism towards the Indian population that is prevalent in Mexican society. Rodriguez’s social criticism targets the poor living conditions of the Indian peasants and the corruption which undermines the legal system. Having attacked and wounded the son of the distillery owner, whom he has discovered in flagranti with his daughter, Ánimas is given a choice between a year in prison and the payment of a 1500-peso fine. Further evidence of where Rodriguez’s sympathies lie is given by Juana’s admiration for the former Mexican president and reformer Benito Juarez (1806-1872), a Zapotec Indian from Oaxaca.

Rodriguez’s mise-en-scène is inventive and elaborate. The fragmentation through lighting, camera movements and framing creates a feeling of instability and reveals the hero’s inner turmoil. Frequent close-ups focus on the protagonists and their emotions, and travelling shots set the human figures in a broader spatial context. Often only fragments of buildings, objects and the human body are shown, such as shots of Ánimas’s feet while he is sleeping off a hangover. In his struggle with Tadeo, only Ánimas’s arms are framed as they grasp his opponent’s waist. This close-up reveals the way the fight is going as he slowly loses his grip. The black-and-white photography by the famous director of photography Gabriel Figueroa creates exquisite light-and-shade effects in the nocturnal landscape, the sombre interiors and in the ruins of the church in which the desperate Ánimas offers his soul to the devil. 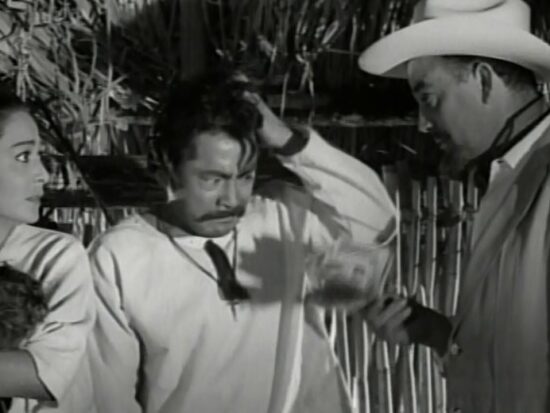 Mifune plays Ánimas as a larger-than-life figure in a way reminiscent of his unforgettable performances as Kikuchiyo in Seven Samurai and as Matsugoro in The Rickshaw Man. Like the peasant Kikuchiyo, who pretends he is a samurai, the peasant Ánimas dreams of being an important man. Mifune’s performance – his intense facial expressions and lively gestures – differs from western codes of screen acting but is credible for a man who is trying to hide behind an attitude of self-importance, compensating for his lack of self-esteem with arrogance and aggressiveness. When given the opportunity to show his talent for comedy, Mifune’s carefully measured exaggeration adds to the film’s comic moments. For example, when he tries to convince his wife that they should sell their grandchild, he accompanies the very negative description the distillery owner gives of him as “irresponsible, illiterate, lazy” and worse with enthusiastic nodding. And before he starts looking for some money Juana might have left at home, he scratches his head while thinking carefully. Mifune had a creative approach to his roles, and such gestures could well be the actor’s own ideas. They create comic moments and contribute to the richness of the character, his energy and his emotional depth, something that is also revealed in moments of great despair. Mifune certainly enthralled Mexican viewers, as one Mexican friend told me. For them he was a perfect representative of an indigenous Mexican. Together with the other elements of mise-en-scene, his presence and acting make of Ánimas Trujano a rare pearl and a film which should definitely not be forgotten. 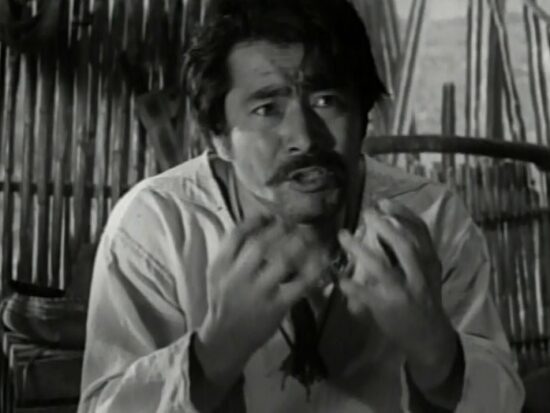