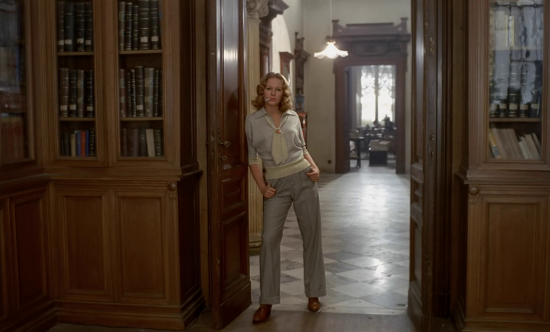 Like a star from the thirties, Dominique Sanda is leaning against a door with a cigarette in her mouth and her thumbs in her trouser pockets in classic Dietrich style.

“Directing actors means, above all, liking people, liking certain things about people. I looked at Sanda and I imagined her look like that and we tried it and it worked because it was already in her. It’s really a matter of discovering and bringing out of the actors what they really are, and nothing else. Characters must be built on that – on what the actors are in themselves”. This is how director Bernardo Bertolucci describes the character of Anna Quadri in The Conformist (Il Conformista). 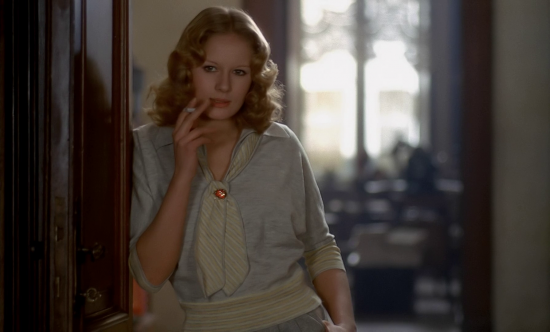 The ladybug brooch, filled with symbolism, appears in Anna Quadri’s every look

An adaptation of Antonio Moravia’s 1951 novel, Bertolucci’s political thriller is set in 1930s Italy and France. It stars Jean-Louis Trintignant as a repressed, neurotic, self-loathing, sexually confused bureaucrat drawn to fascism, desperate to fit in in 1938 Rome. He is dispatched to Paris and assigned to kill his antifascist former college professor. Bertolucci said he chose Trintignant because he was both moving and sinister: “The first film in which Trintignant is himself”.

The film is not only one of the most influential pictures of the last half of the 20th century, but an exercise in exceptional film-making, and truly one of the most beautifully filmed movies of all time. With astounding photography, a virtuosic flashback structure, great use of camera placement and impressive design and costumes, The Conformist unfolds in a series of unforgettable set-pieces: a wedding night on a train; Clerici’s wife, Giulia (Stefania Sandrelli), and his lover, Anna (who is also the professor’s wife, played by Dominique Sanda), seductively dancing the tango in a working class hall; a limousine ambushed in a wintry forest. 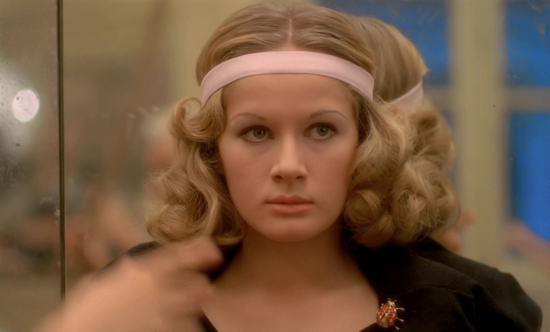 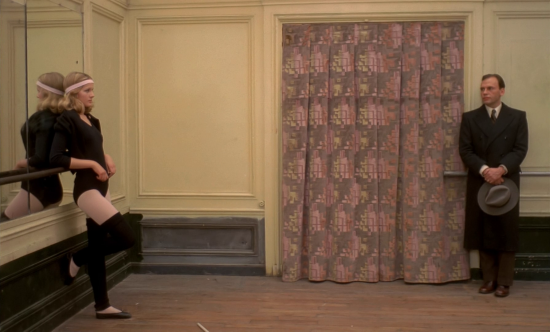 The costumes were designed by Gitt Magrini, one of the many collaborations between Bertolucci and the designer. Trintignant’s suits evoke the desperate grasp of someone clinging to a lifestyle that is being snuffed out before his eyes. And Sandrell’s very feminine, even girly, clothes also serve a purpose: in an interview with Marilyn Goldin in the Sight & Sound Spring issue of 1971, Bertolucci  describes her character as “…very appealing and foolish, a cross between a Hollywood character and an Italian petite bourgeoise. She is also part of this monstrous world of bourgeoise fascism – so she becomes like that because I want no one to save himself.” 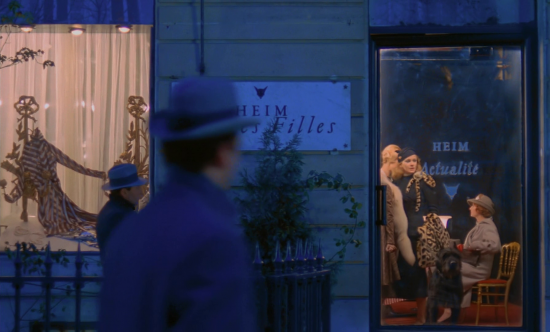 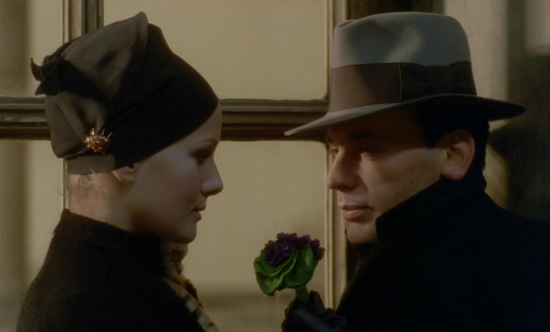 Cladded in animal print, Anna looks like a beautiful wild animal trapped in a cage

Set in 1930s France and Italy, the film captures the authentic upper class fashion of the times through a 1970s lens. The costumes create a make-believe world in which the characters live; it’s an unrealistic world that Marcello Clerici has created for himself – but it is Dominique Sanda’s Anna Quadri who stands apart.

When Quadri first walks into the film, you feel her presence – mainly due to her clothing. She has that uniqueness, she is readily distinguishable from the rest. She carries herself differently to the other leading lady, Giulia, and from the other women in the film. Her clothes are a mix of feminine and masculine, echoing, unlike in the case of Marcello, her ambiguous identity, her sexual unconventionality and her independence. Her wearing men’s trousers disavows sexual difference, making her androgynous.

In Dietrich-like clothes, she points to the anxieties of dismemberment encountered by Clerici. It is exactly this interplay between the style of the characters and the surroundings and the tensions that make the clothes all the more striking. I used the word style, not fashion, because such is the complexity of the costumes in this film – style permeates all aspects of the characters’ life. 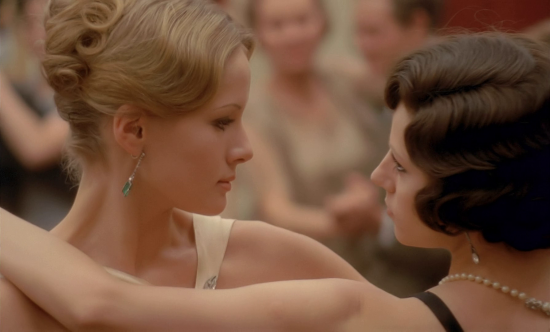 There is symbolism in the costumes. The fox-heads and animal print on the furs that Giulia and Anna wear as they walk about shopping for dresses at Jacques Heim (a precursor of Parisian ready-to- wear) represents the rivalry between the two, while Anna’s animal-print collar taken separately suggests her being trapped in a cage, like a beautiful wild animal. 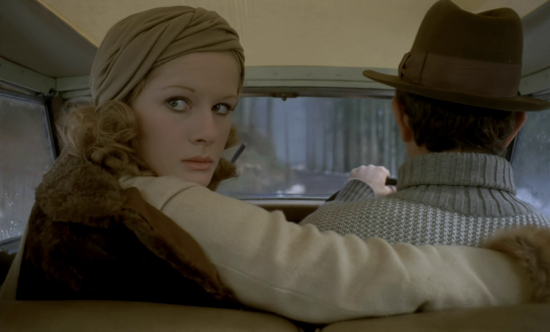 There is one particular detail that I believe carries the most significance. The ubiquitous ladybug brooch that appears in every scene she and Marcello are in, on each one of her outfits: on the blouse she wears with the trousers, on her ballet suit, on her hat, on her glove in the last scene. Even when she is dressed in the beige evening gown, she found a way to have the brooch on her, attaching it to the clutch. It’s her good luck amulet, a reminder to ignore her fears and return to love.

Anna’s entire wardrobe is exquisite, from her black skirt suit to the beige knitted skirt costume so modernly paired with flat-heel boots – but no outfit encapsulates the mystery, sex appeal, detachment and confidence quite as much as that striking trouser suit. 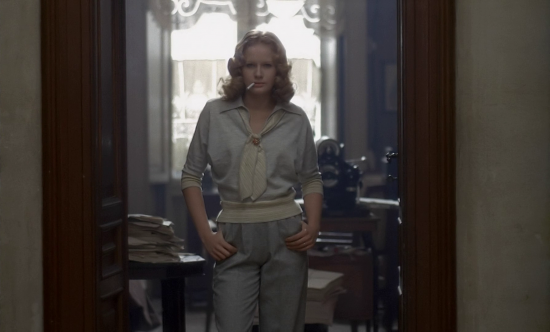