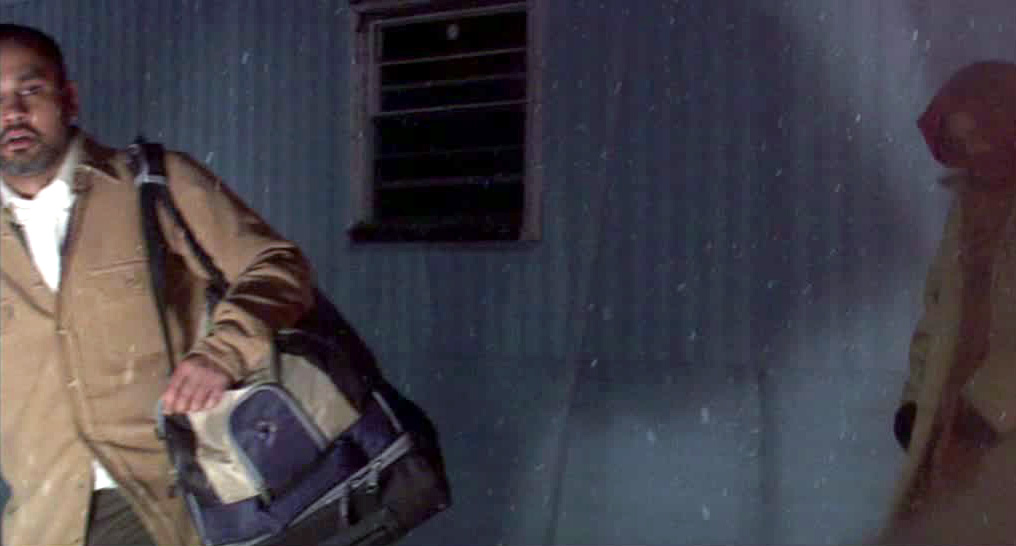 As a tie-in to the print issue’s theme of ‘Winter’s Discontent’, Neil Mitchell looks at an object that carried just as much physical weight as it did metaphorical baggage in Courtney Hunt’s frosty, border-crossing thriller.

Brief as its appearance in Courtney Hunt’s taut, downbeat thriller it may be, but the duffel bag  that’s dumped and then retrieved from the titular waterway reinforces Frozen River‘s chilly air of desperation. Set during a harsh winter on the border between New York State and Quebec,  Frozen River depicts the contemporary American emotional landscape as being morally compromised, cold-hearted and dominated by economic necessity.

Abandoned and left broke by her wayward husband, Ray (Melissa Leo), with two young sons to feed, is drawn into a financially lucrative, but illegal and dangerous, immigrant smuggling operation by Lila (Misty Upham), a Mohawk whose status as a single mother provides a common bond between the initially fractious pair.

In the dead of night, Ray and Lila drive an Asian couple, secreted in the boot of Ray’s car, across the frozen river. Worried about the weight of the car and its occupants being too much for the makeshift road to bear, Ray stops and throws the duffel bag brought along by the couple from the back seat and out onto the ice. On arrival at their destination, the couple are inconsolably distraught. The everyday duffel bag, far from being packed with clothes and personal belongings, contains the couple’s baby. Hidden away from the smugglers in order to save them money and secure the couple’s transit, the baby in the duffel bag is a secret within a secret, the couple themselves being hidden away from the potential prying eyes of the law. Driving back in sub-zero temperatures, and in a state of horrified shock, Ray and Lila find the duffel bag, and though fearing the baby inside is dead they are relieved to discover it has survived being discarded in such an inhospitable climate and narratively heart stopping fashion. 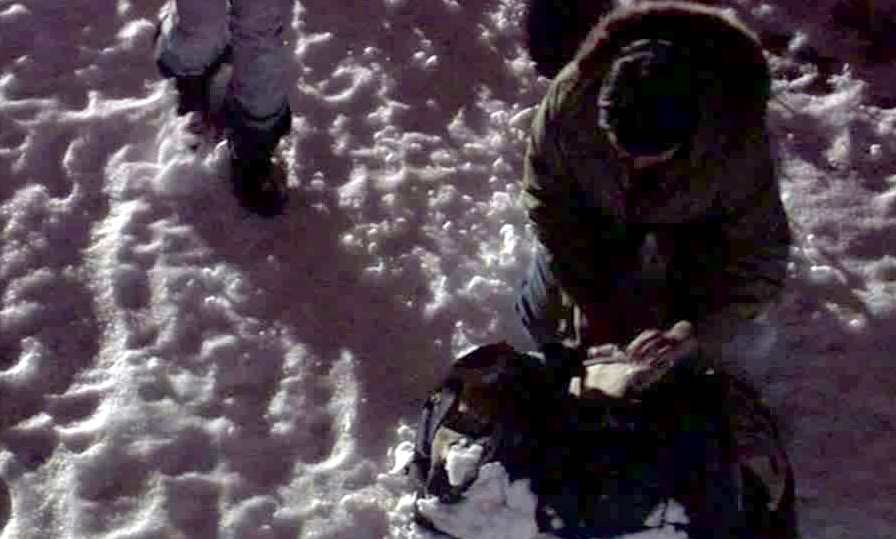 The duffel bag and its contents are a bleak sign of the things people are prepared to do when they are desperate, and of the potentially tragic outcomes that await. The incident may end on a positive note but the wider implications for an increasingly globalized, and economically disparate, society are damning.