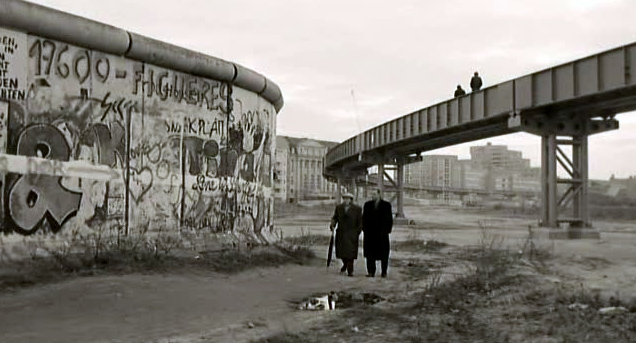 Aside from representing architecture in terms of meaning, mood and method, film has also simply recorded it. Much of this has subsequently disappeared through redevelopment, neglect or enemy action, leaving a memory encoded in celluloid.

Unsurprisingly, London has been particularly affected. Ealing Studios filmed around the capital in the immediate post-war years, capturing vast swathes of Blitzed land that, in turn, disappeared as the city was rebuilt. Victorian and Edwardian housing in Lambeth that had survived wartime bombing was caught in Passport to Pimlico, only to be cleared shortly after in favour of Modernist blocks of flats. 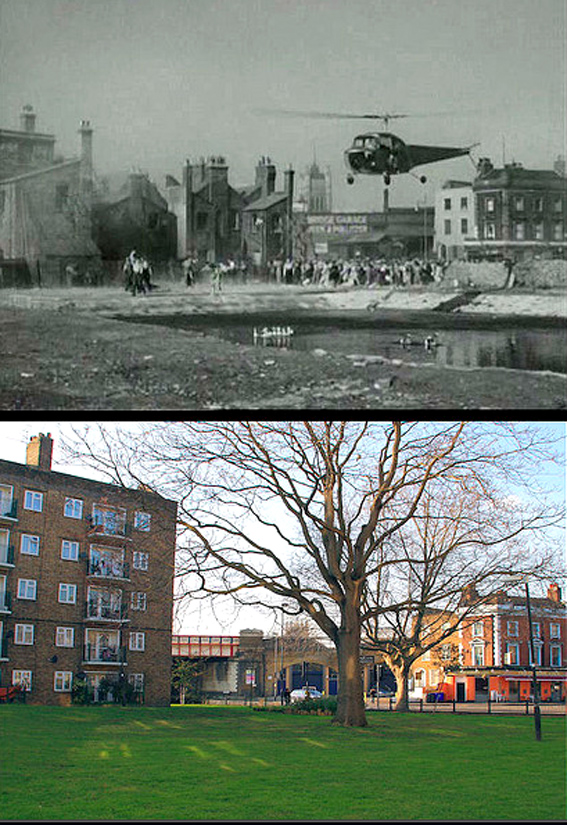 When villagers fighting to save their branch railway purloin an old locomotive from a local museum, The Titfield Thunderbolt is actually being manoeuvred through the elaborate barrel-vaulted portal of the Imperial Institute in South Kensington; completed in 1894, plans to replace the building were laid in secret the same year the film was released. Demolition began in 1957, and today only the campanile remains. 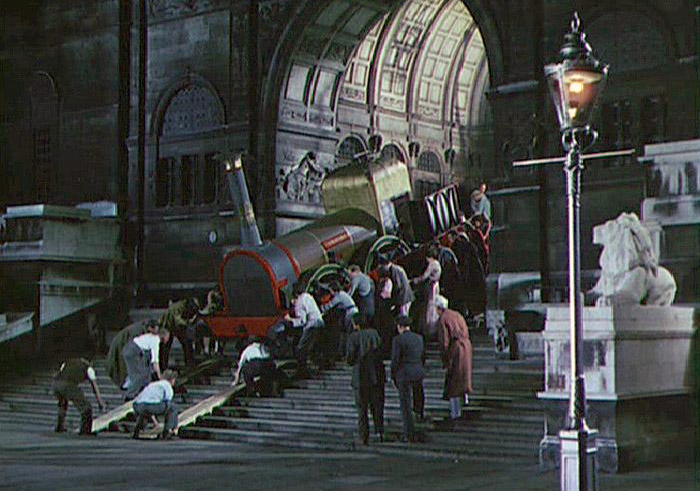 Joseph Cubitt’s 1864 Blackfriars bridge, removed in 1985 save for its squat iron supports, features in Pool of London, as does London’s still-thriving dockland.

The once-busy warehousing around Tower Bridge, especially the great brick canyon of Shad Thames with its atmospheric high-level walkways, was very popular with directors until regeneration robbed the quarter of its texture. Films as varied as Biggles, The Elephant Man, Highlander, The French Lieutenant’s Woman and The Long Good Friday (which also documented the decline of the Royal Docks much further east) were shot in the area.

Other lost London buildings preserved on film range from the internationally-known to the quietly local. The original, revered Wembley Stadium was one of many locations visited during the making of the tense Boulting brothers thriller Seven Days To Noon. It was demolished in 2003. The Marine Engineers Memorial Building was erected in 1957 in the shadow of the Tower of London as an organisational headquarters and memorial to maritime crewmen who fell in two world wars. It stood in for a New York skyscraper in the quirky Peter Sellers comedy The Mouse That Roared, before demolition in 1999.

Michael Radford’s definitive visualisation of Nineteen Eighty-Four was filmed during the exact months in which Orwell set his novel. Use of locations such as the long-closed Battersea Power station, derelict Beckton gas works (some time before Full Metal Jacket shot there) and the much-loved Alexandra Palace four years after it was nearly burnt to the ground added to the already considerable poignancy of the project, the tone of its literary source aside – lead actors Richard Burton and John Hurt were coping with terminal illness and bereavement respectively as they worked. 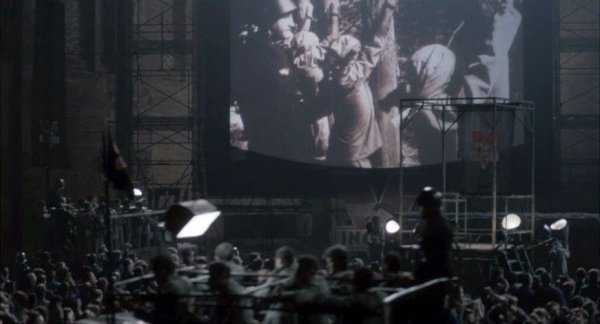 Elsewhere in the British Isles a Glasgow of the past, much of which no longer survives, was an unconventional setting for the little-seen but striking science fiction drama Death Watch, whilst the grand interiors of eighteenth century Powerscourt House in Ireland represented continental estates in Barry Lyndon only a few years before it too was reduced to a shell by fire.

In mainland Europe, the Gare D’Orsay in Paris was the world’s first terminus for an electrified railway when opened in 1900. It was the last word in technology and luxury, yet closed less than forty years later. Its gaunt, decaying interior was the home for scenes from Welles’s The Trial and Bertolucci’s The Conformist. After threats of demolition were resisted, the station became the hugely popular Musee D’Orsay art museum. Wim Wenders centred Wings of Desire around the wasteland of Potsdamer Platz, then bisected by the Berlin Wall; sometimes lost architecture is not mourned.