Michael’s confused and idealised feelings for Susan are beautifully illustrated when he spots, and steals, a life-size cardboard cut out on the streets of Soho. A dead ringer for Susan, Michael is told that the naked girl shown is ‘Angelica, continental…born in Manchester‘, by the doorman of a strip club. Rendered in striking monochrome, the cardboard cut out is visually in stark contrast to the bright lights of Soho and to the movie’s bold, often symbolic, colour schemes. The cardboard cut out highlights Susan’s contradictory nature, Michael’s conflicted view of her and Deep End‘s off-beat, deftly constructed world; real yet surreal, tangible yet illusory. 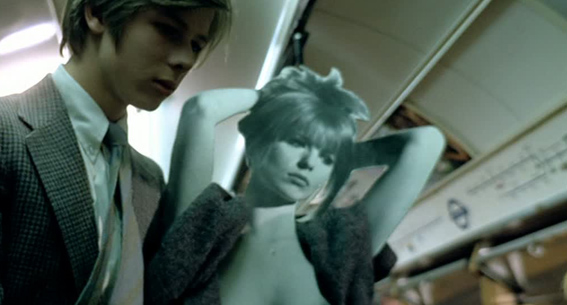 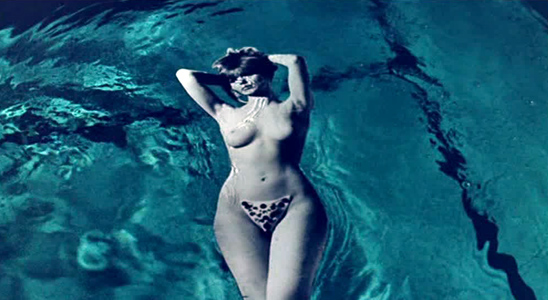 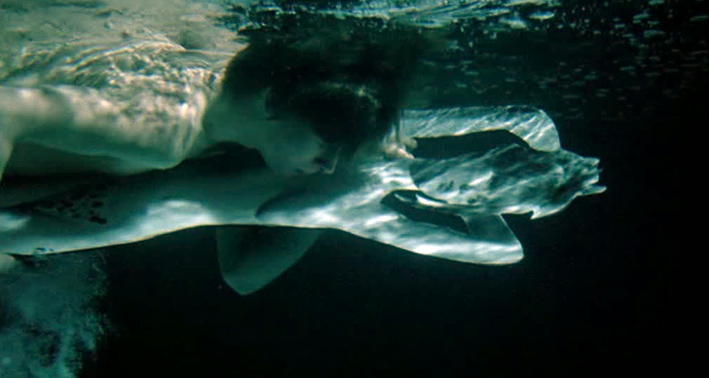 But is Susan ‘Angelica’? Is Michael projecting his adolescent fantasy and fears onto the cut out? In keeping with Deep End‘s ambiguous air you can’t be sure, especially when Susan teasingly agrees that it does look like her when confronted  with it on the Underground. Throwing the cardboard cut out into the swimming pool where they both work, Michael strips off and swims with Susan/Angelica. A remarkable fantasy sequence follows as the cardboard cut out morphs into the real Susan, and the fantasy is tantalizingly made flesh. Clutching a piece of the cut out in his hand, and foreshadowing the film’s unsettling climax, Michael emerges from under the water, and the fantasy is, like the cut out and Michael’s relationship with Susan, irreparably broken.