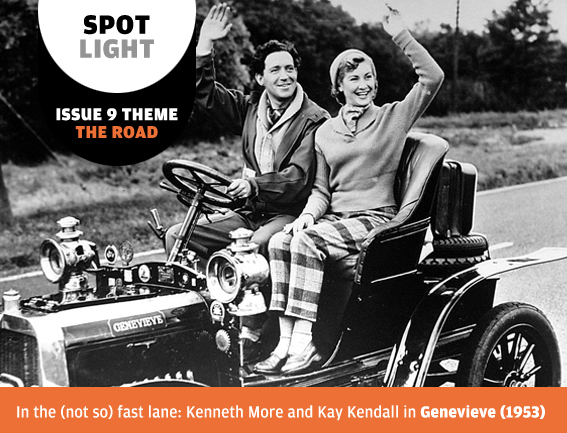 Devotees of that hardy perennial spotters’ guide, the I-Spy Book of British Films, will tell you that spotting a British road movie while on your travels will score you a respectable 40 points – miles better than a British costume drama aimed at the US market (2 points, ten a penny) but not as good as, for example, an intelligent British science fiction movie (100 points, rare as hen’s teeth). But they are out there, if you look hard enough. 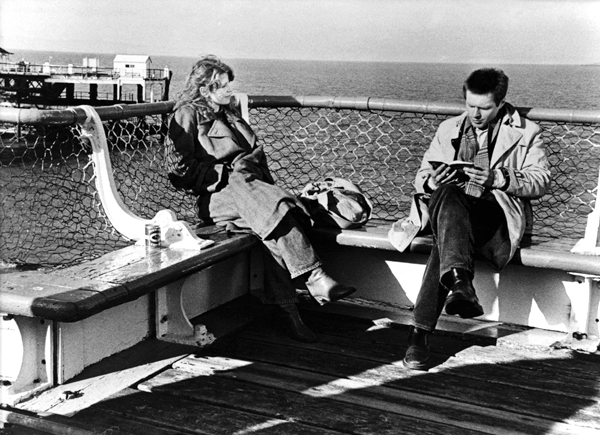 Not seen it? I’m not surprised. Critic Geoffrey Nowell-Smith described it at the time as ‘a film without a cinema’. Never mind. See it now. It’s a journey through the first few months of Thatcher’s Britain and is suitably shot through with the sort of late 70s bleak inner city existentialism we have come to associate with the likes of Ian Curtis. Tonally it owes a huge debt to Wim Wenders, himself responsible for a trilogy of pretty decent downbeat road movies (Alice in the Cities (1974), Wrong Move (1975) and Kings of the Road (1975)) and Petit’s associate producer on Radio On. It’s concrete and Kraftwerk, Ballardian urbanism and Berlin era Bowie. It would be better described as a European rather than British road movie. Unlike its American counterparts, in which the road most often represents freedom and possibility, you just know that the road in Radio On is going to run out. 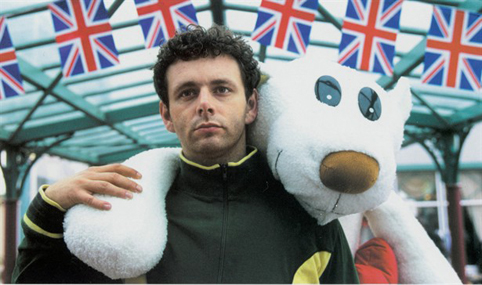 More specifically a B-road movie. O’Donnell follows Colin (Michael Sheen), a dimwitted darts player, along the byways of the Peak District on his Honda 50 in hot pursuit of his wife after she runs off with the darts team captain to Blackpool. It’s a modest ‘voyage of self-discovery’ picture, bordering on quaint and certainly fairly uncomplicated – when Colin stops at a junction to check his map his scooter is trashed by a passing lorry so clearly he’s reached, y’know, a ‘crossroads’ in his life – but  benefits from some pleasant characterization and scripting courtesy of Shane Meadows’ co-writer Paul Fraser plus some lovely cinematography by Alwin Kuchler which beautifully captures the English countryside. Easy Rider it ain’t, but it’s easy on the eye and also features a cameo from darts god Eric Bristow – game on! 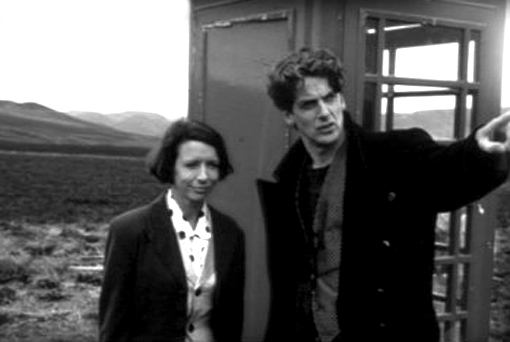 This is the story of Gavin (Peter Capaldi), a children’s book illustrator working in London who has to return to his Scottish roots in order to come into his share of a lucrative business sale. The film shares some similarities to Heartlands in its idiosyncratic depiction of the characters who Gavin meets on his journey, a dramatized ‘socio-cultural travelogue’ narrative hook that documentarist Andrew Kötting pulled off brilliantly, and with real people, in his film Gallivant. Soft Top Hard Shoulder also, perhaps coincidentally, marks a crossroads moment for Scottish cinema. It displays its lineage to the early 80s films of Bill Forsyth but also presages the darker, hard-edged qualities found in Danny Boyle’s Shallow Grave and Trainspotting in the mid-90s. 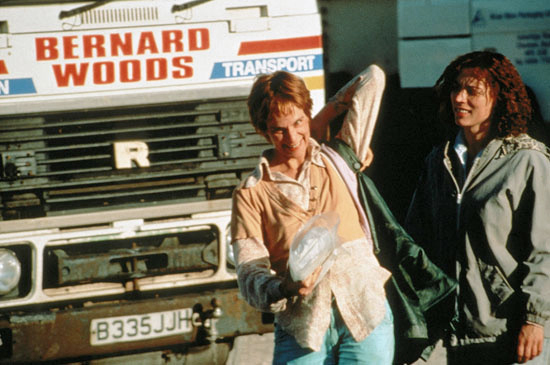 Possibly  the nearest a British road movie has come to resembling its US cousins – it’s about a serial killer and it has an American lead actor in Amanda Plummer – while at the same time retaining a gritty ‘grim up North’ colloquialism (Plummer pulls off a faultless Lancastrian accent) in its depiction of the anonymous petrol stations, carparks and roadside stopping points around the highways of the North West. If the film is about anything, it is about the basic human need for some sort of sustaining faith in a bleak, secular world, but without presenting the viewer with any reason or motivation for Plummer’s murderous actions we’re left as mute witnesses to the succession of driveby killings. However, for a first attempt at a feature, Winterbottom succeeded in transferring the action from the transcontinental vastness of the States to the insular, claustrophobic repetition and inescapable smallness of the British road.

Girl On A Motorcycle (Jack Cardiff 1968) 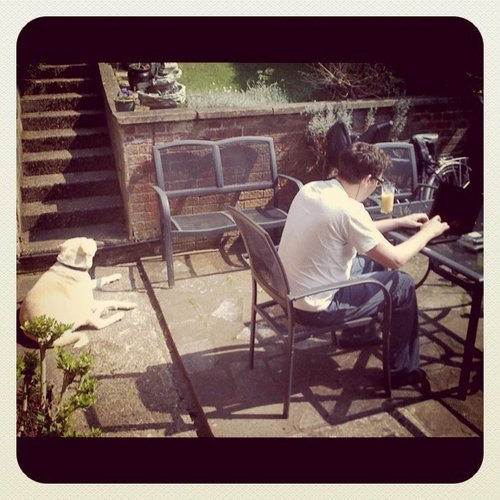 Marianne Faithfull stars as a bored, small town newlywed who decides to leave her husband for her ex-lover, Alain Delon. Clad only in her fur-lined leather jumpsuit, she takes off on her Harley for a long ride through the most beautiful countryside and cities of Europe. More a ‘subversive’ biker movie than a straight road movie, the story is told in a series of ‘solarized psychedelic psychosexual reveries’ i.e. lots of early Top Of The Pops style shots of Faithfull with her kit off. A moderately charming artifact of the time, it was hailed in the States as Europe’s answer to Easy Rider, but in all honesty it’s two cylinders short of a Harley and once you accept its association of the open road with sixties female emancipation there’s not a lot to look at other than the swirling colours, man. 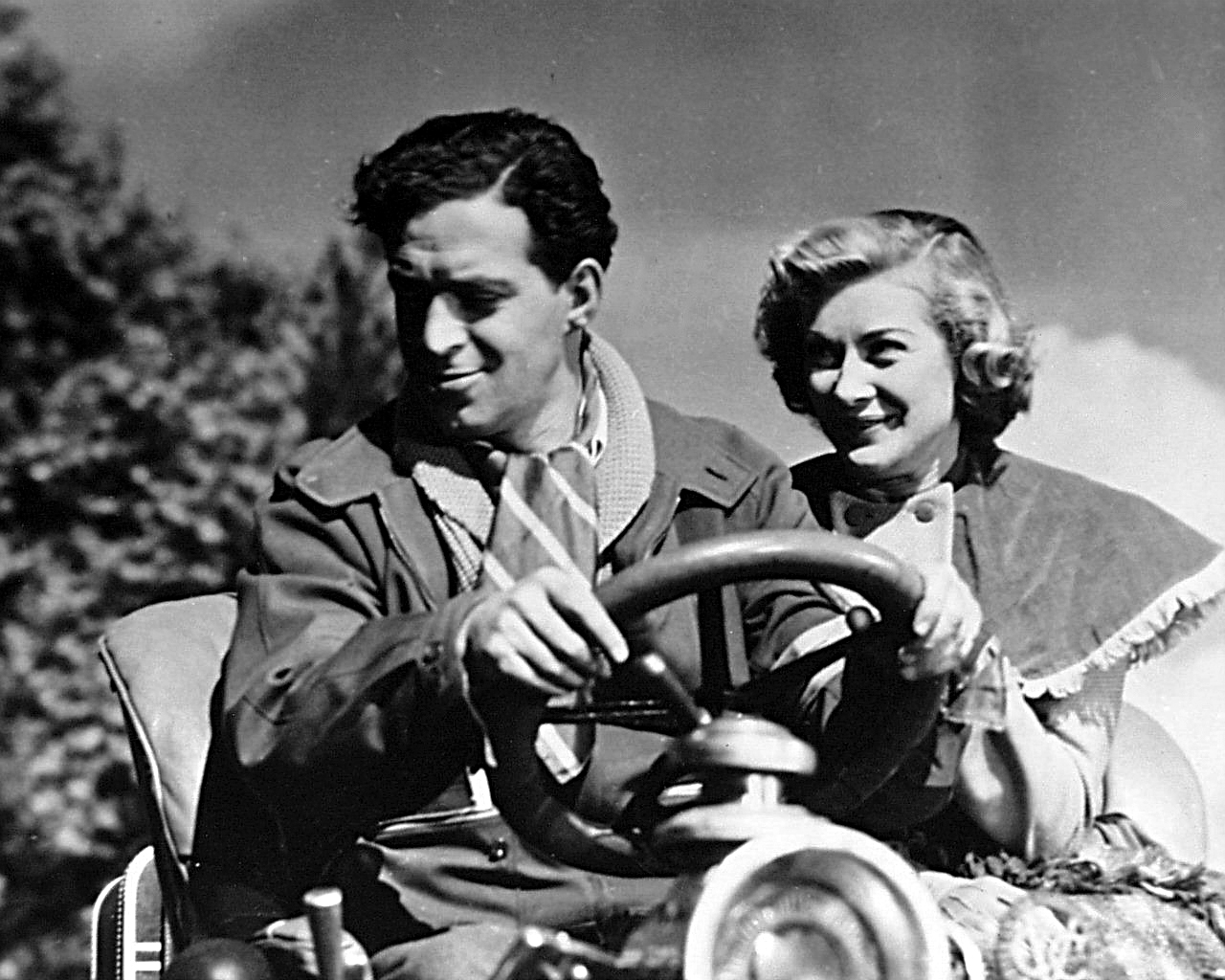 Welcome to the post-war, pre-sixties world of the London to Brighton vintage car rally. Watching Genevieve offers the same nostalgic comfort as the illustrations in 1950s Ladybird books; a charming picture postcard from a bygone age populated by reassuring stereotypes under a cornflower blue sky. Larry Adler’s harmonica soundtrack, Kenneth More’s pluckiness, Kay Kendall’s loveliness, the whole kit and caboodle so evocative you can practically smell the leather of the driving gloves and the pleasant tang of engine oil. Under scrutiny it doesn’t have a lot to say; at most it’s an affectionate dig at the Englishman’s predilection for antiquated gadgetry. But it’s colourful harmlessness has everything to do with providing its intended audience with a few lungfuls of fresh air and a glimpse of the broad sunlit uplands they had been promised during the dark days of the war.

My Brother the film star