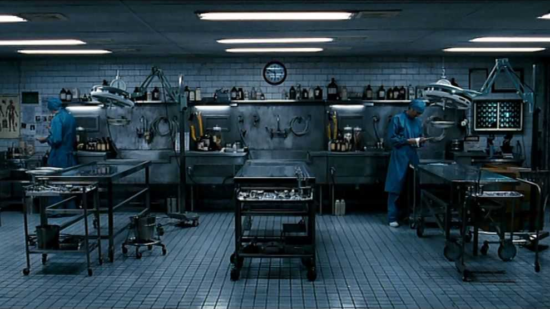 The Host (Gwoemul, South Korea, 2006) starts with gloomy images in a morgue at an American military base in South Korea. Evil is predicted when a pathologist orders his assistant to dump a large amount of formaldehyde in a drain at the base. A few years later, a monstrous creature emerges from the River Han and terrorizes Seoul. The plot sounds familiar – nature taking revenge on humanity is a well-known topic in horror films. So is the family as a microcosm of society, which is another conventional theme that Joon-ho Bong makes use of. However, he skillfully avoids repetition in this original film, which wins the viewer over with its effective mixture of suspense and social criticism, humour and beautifully framed images.

The bloodthirsty creature, a telling symbol of fear and agony, is an amphibious monster reminiscent in appearance of those in Hieronymus Bosch’s depictions of Hell. Not unlike the Japanese mega-monster in Ishiro Honda’s Godzilla (Gojira, Japan, 1954), it is the result of human wrongdoing and megalomania. Honda’s film refers to a Japanese fishing vessel contaminated by the ash from radioactive fallout following a hydrogen bomb test by the American military near Bikini Atoll. The Host is based on a true incident which took place in 2000, when 76 litres of formaldehyde were disposed of down the drain at an American military base and entered the River Han, a main source of Seoul’s drinking water. The horror rooted in reality is a central concern of The Host, a film that focuses on everyday life and human behaviour. Bong creates strong moments of suspense as well as some great chase scenes. However, the film’s strength lies in the latent violence resulting from dangerous mutation and in the lingering tension between human beings. 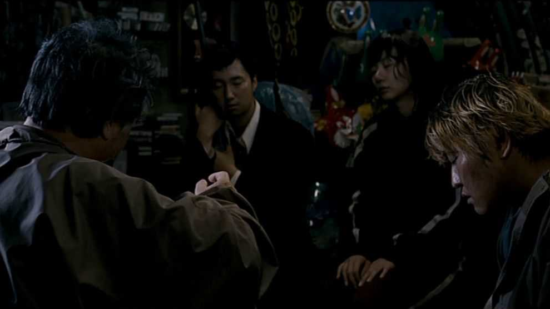 The members of the Park family form the core of the narrative, with the schoolgirl Hyun-seo (Ah-sung Go) being captured by the creature. Her father Gang-du (Kang-ho Song), grandfather Hie-bong (Hee-bong Byun), uncle Nam-il (Hae-il Park) and aunt Nam-joo (Doo-na Bae) try desperately to rescue her from its clutches. Their journey into darkness, symbolized by the labyrinthine system of sewers with its tunnels and cavernous holes, reflects the crisis within society. The Park family have to face oppression by government forces and mass hysteria as well as their own painful family history. Individual destinies and collective experience are inextricably intertwined. Gang-du is slow-witted as a result of brain damage due to starvation endured in childhood, recalling the period of great poverty after the Korean War. The shots of modern office towers are symbols of the country’s economic growth since the 1960s, and the decline after the financial crisis of 1997 is evoked by the unemployed Nam-il and by several homeless people. The creature that emerges from the river represents an oppressive bureaucracy that takes advantage of the general paranoia in order to gain greater control over its citizens. Gang-du, who has come into contact with the monster and its blood, is put in quarantine together with his whole family. When they escape in order to rescue Hyun-seo, they are pursued by the police in a ruthless chase. 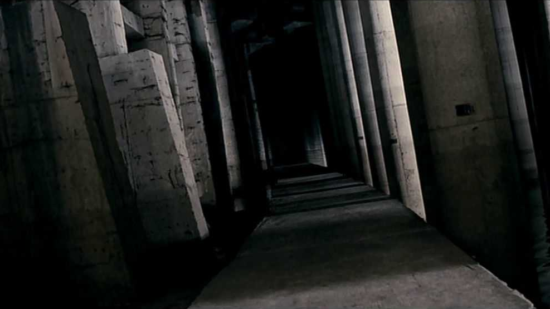 From the very beginning it is clear that the prime mover behind all the violence is the United States, whose interests are given priority while ignoring those of the local population. The American military pathologist orders his assistant to dump the highly toxic chemicals down the drain, showing a complete disregard of the health risk to the Korean people. American supremacy is emphasized by the fact that his assistant is Korean. The creature as a menace is, by implication, compared with the United States of America, which continues to pursue its strategic and economic interests in Asia.

Gang-du’s dyed yellowish hair may perhaps be an expression of the individualism adopted by young Koreans – the so-called “Yellow Tribe” – in the 1990s and later. However, fair hair is also an attribute of Western people and was therefore imitated by Asians, and the colour yellow is of central importance in the film. The protective clothes of the armed forces who hunt out innocent citizens supposedly contaminated by some unknown virus are yellow. The colour evokes the phrase “Yellow Peril”, once applied to Asian countries as a menace to the West, but here the situation is reversed, with the danger emanating from the Americans, who not only lie by claiming that the monster carries (i.e. is the host of) a deadly virus but who even use Agent Yellow, a mixture of lewisite and sulphur gas, in an attempt to kill it. Using this weed killer, which affects the people protesting in the streets more than the creature itself, recalls the use of Agent Orange during the Vietnam War. The film includes a reference that connects the USA directly with war and violence in the television footage showing American troops in the desert of a Middle Eastern country using mustard gas “to combat a virus” as the commentator cynically puts it. 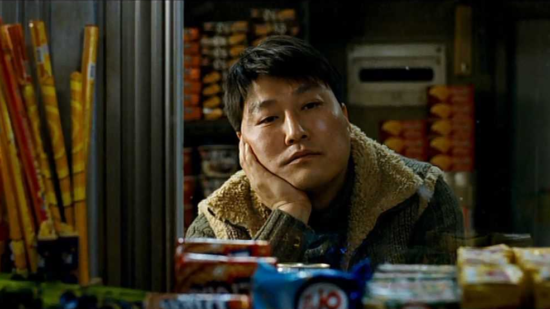 The Parks, however, show no sheepish obedience to the authorities, nor are they mere victims. Hyun-seo, whose resilience and resourcefulness are demonstrated throughout the film, dies while protecting the young orphan Se-joo (Lee Dong-ho), another captive kept by the monster as a food supply. The grandfather, Hie-bong, dies fighting the monster. His children kill it in a concerted effort. The search for Hyun-seo is depicted as an internal journey which brings the family members together, with the healing process extended beyond the Parks to include marginal figures. A homeless man helps the family to destroy the creature, and Se-joo is welcomed into the family by Gang-du. The final sequence shows Gang-du working in the snack bar and taking care of the boy. Gang-du’s hair now has its natural black colour, underlining the protagonist’s physical recovery and his liberation from values he had superficially adopted.

The Parks’ journey through the streets of the deserted city and the hideous underworld of the sewers is depicted in dark colours. Frequent general shots of urban landscapes under a cloud-laden sky and with rain pouring down show the humans as mere figurines in a hostile world. There is much humour in the film, challenging its darkness and horror, and this humour is especially clear in the language, as in the sequence in which Gang-du scratches himself und wonders if he has been contaminated by the creature. His father does not take this worry seriously and suggests that his son has not washed himself recently. The octopuses Gang-du likes to eat are a comical reminder of the amphibious monster, thus connecting normalcy and fantasy. It is ironical that Gang-du, who is slow and always sleepy, remains unaffected by the drugs that the doctors administer. On the contrary, this medical experiment and the desperate search for his daughter awaken him, restoring him to his former witty self and the person that he was before his health was affected by lack of food in his childhood.

The new home shared by the now mature Gang-du and the little boy suggests a happy ending. However, the final shot of their tiny house in the emptiness of a snow-covered field under a star-spangled sky are more reminiscent of a fairy tale. Too beautiful to be true, it is a mere illusion, suggesting that danger continues to lurk in the darkness.