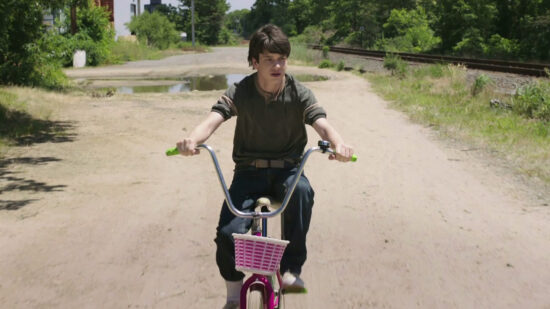 The year was 1982. I’d recently moved to Los Angeles from London and had settled into a seemingly idyllic sun-kissed life by the coast. I was however branded the ‘new kid’ at school; a tag that comes with a certain amount of anxiety, and so one of my favourite activities was to head off on my bmx to parts unknown, experiencing the sort of unbridled freedom that only a bike could provide my then 10 year old self. I felt the sun on my neck and the wind on my face as I bolted through backstreets and careened down neighborhood hills – a pint-sized thrillseeker with ample time on my hands and adventure on my mind.

To most kids, a bike is the first real taste of independence. The ability to get far and fast appeals to us at an age when we look to extend life’s boundaries beyond that of a city street or neighborhood block. Riding with others is fun, but riding alone is appealing for very different reasons; an acceptable and invigorating solitary pursuit that allows time for introspection – especially when life gets you down.

Duncan, the painfully insecure protagonist of 2013’s The Way Way Back is someone for whom life’s disappointments are all too frequent. The film is a sweet story about an awkward teen that comes-of-age while on a summer vacation with his divorced mother, her new boyfriend Trent and his snotty teenage daughter Steph. Trent is a creep who takes every opportunity to grind the boy’s ego into the dirt, his mother is pre-occupied with finding renewed security and everyone else sees him as either an annoyance or a downer to their hedonistic summer plans.

Following yet another demoralising encounter with Trent, Duncan storms off in search of some solitude and stumbles across Steph’s old bicycle in the beach house’s garage. It may suggest Duncan’s sheer desperation to escape, that he’s willing to sacrifice any semblance of teen credibility by riding through town on a bike festooned with girly adornments such as frilly handle-bar ribbons and a front-loaded flower basket. Yet Duncan is all smiles as he sets off to who-knows-where, finally putting some healthy distance between him and the summer-house from hell.

Up until this point Duncan seemingly has no agency, a kid so paralysed by insecurity that he resembles a hermit crab; eyes permanently fixed on his shoes and shoulders hunched so far forward that they nearly touch his chin. But once on the tiny day-glo chopper, his spirits are lifted and his prospects improve. It’s while on a second venture out that he comes across ‘Water Wizz’, the slightly dilapidated water park where he’ll meet Owen, the site’s manager, and a surrogate family of oddballs to which he can belong. Owen, a loveable slacker with the career ambition of a banana, will provide Duncan with a job and take him under his wing; teaching him some valuable life lessons and gifting him the confidence to face the world with renewed optimism. 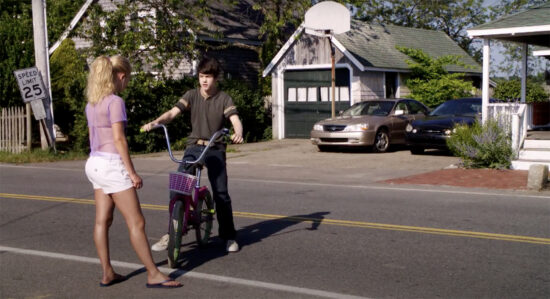 This newfound confidence eventually helps Duncan muster up enough courage to approach love interest and next door neighbour Susanna, but it’s only while on his bicycle that he’s first able to string together a somewhat coherent sentence, riding around in a circle like a cowboy on his trusty steed. Their friendship will deepen when Susanna follows Duncan on her own bike to see where he mysteriously rides off each day, while all the parents are too preoccupied with lusting after each other in a booze-fuelled revery to notice.

By the time we last see the bicycle, Duncan has transformed into a young adult able to stand up for himself, to acknowledge some self-worth and to have a great deal of hope for the future. But my guess would be that when looking back on this particular summer, he’ll affectionately remember a little girl’s bike that gave him the freedom to make some big changes in his life.