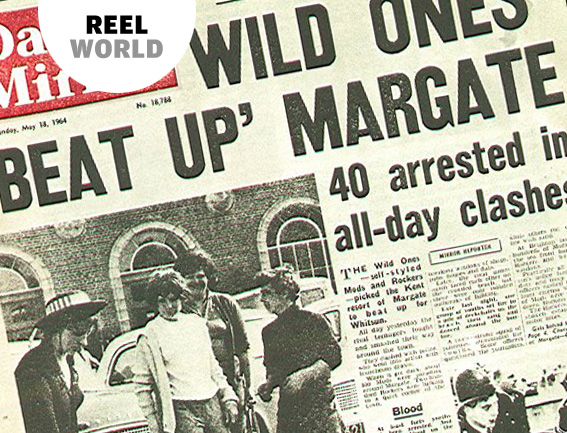 The notorious clashes between the warring tribes of Mods and Rockers during the 1960s formed the centrepiece of Franc Roddam’s loose adaptation of The Who’s 1973 ‘rock opera’ double album of the same name. The opposing youth cults descended on England’s seaside resorts on bank holiday ‘weekenders’, often with violent and chaotic consequences for themselves, residents and tourists alike.

The riot’s in Brighton became the most infamous; with numerous arrests and running battles fought between the gangs and riot police. In Roddam’s movie they exacerbate Jimmy’s unraveling mental state as well as providing a snapshot of the generational divide in one of it’s most antagonistic phases. Whilst the punk scene and later the illegal rave scene caused their own controversies it was the unbridled enmity and violence between the Mods and Rockers that cemented their  unruly reputations in the minds of the authorities and general public. 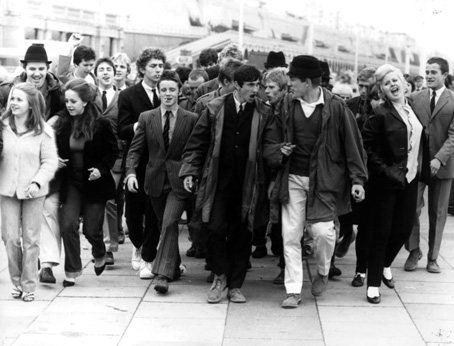 The Who’s seminal album and Roddam’s screen version of the story were largely responsible for the Mod revival of the 1970s, with hordes of teenagers once again donning the sharp suits and parkas, embracing the likes of The Jam and The Lambrettas and continuing the tradition for scooter runs and ‘weekenders’ to Brighton, Margate, Hastings and Southend. The album and the film have become landmark moments in British popular culture. 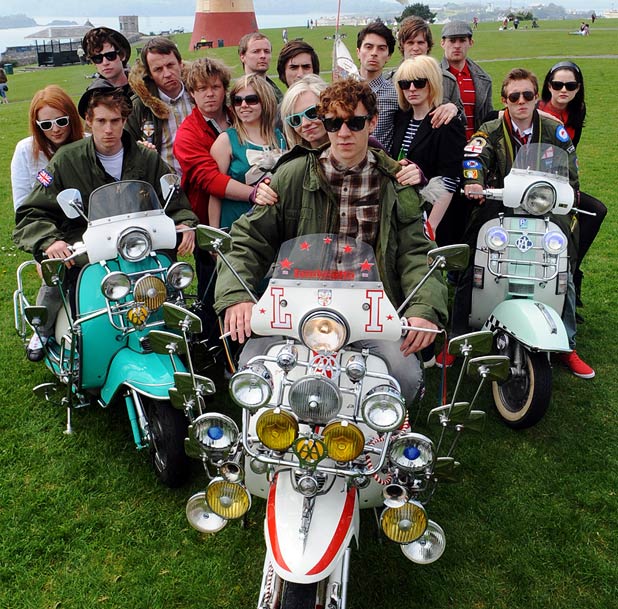 Nowadays the city of Brighton and Hove runs regular Quadrophenia walking tours, taking in the film’s shooting locations, websites are devoted to the film, and  gangs of scooterists still do the run to Brighton; these days however they are fueled by nostalgia rather than rebellion.