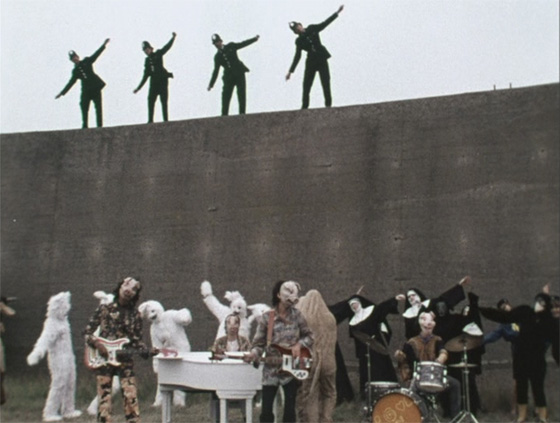 Hardly ones to take themselves too seriously, the Fab Four nevertheless provided the perfect foils for the grandfather of music mockumentaries.

Before Rob Reiner’s This is Spinal Tap (1984) there was The Rutles: All You Need is Cash (1978), a Beatles parody given form partly thanks to its lead guitarist George Harrison.

Originally conceived as a throwaway sketch on Eric Idle’s post-Python BBC comedy series Rutland Weekend Television (1975-76), the skit took on a life of its own when it was shown on an episode of the long-running gag show Saturday Night Live that Idle was hosting.

With Harrison’s encouragement, Idle’s partner-in-crime on Rutland Weekend Television Neil Innes knuckled down to turn what was an affectionate parody of A Hard Day’s Night (1964) into an alternative history of the world’s most successful and beloved band that spawned a whole new cinematic sub-genre. 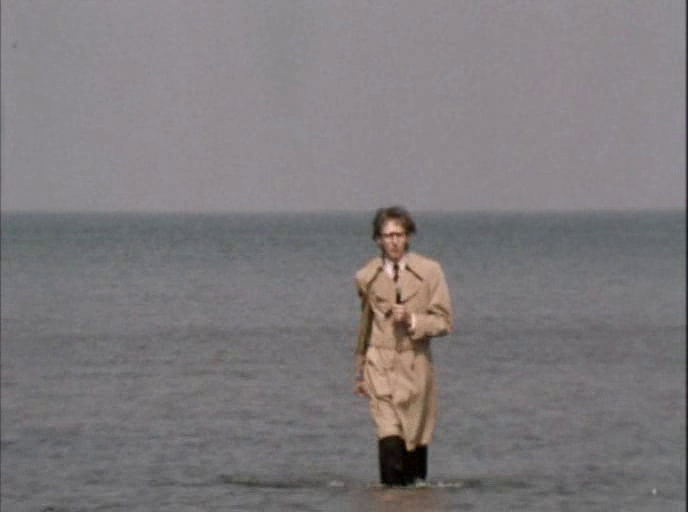 Written by Idle and Innes, The Rutles charts the story of the Prefab Four – Dirk McQuickly (Idle), Ron Nasty (Innes), Stig O’Hara (Ricky Fataar) and Barry Wom (John Halsey) – from their humble Rutland roots to becoming “bigger than Rod [Stewart]” and creating “a musical legend that will last a lunchtime”.

Modelled on the traditional to-camera documentary, with Idle again as presenter, the film’s less-than-serious approach is apparent from the get go, with the former Python’s walk and talk becoming a sprint and gasp as the vehicle he’s following decides to hit the gas. 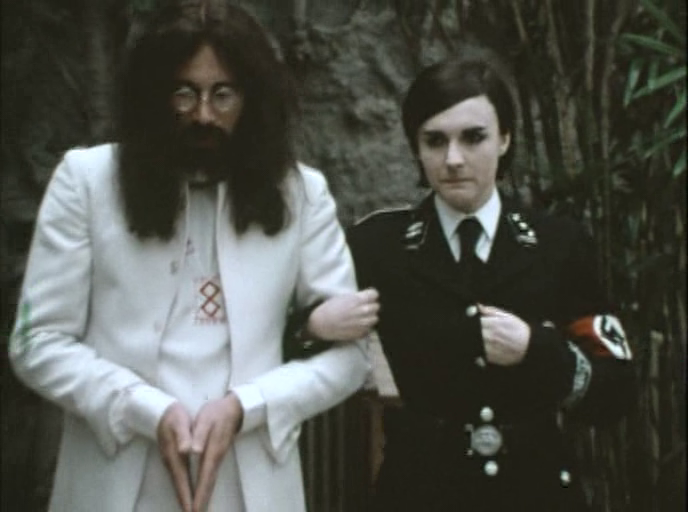 The presenter follows in the tight-trousered band’s footsteps from Der Rat Keller in Hamburg to the Ed Sullivan Show, Che Stadium (“named after the Cuban guerilla leader Che Stadium”), their spiritual quest to Bognor to meet Surrey mystic Arthur Sultan, and Ron’s sit in the shower for peace with his soul mate Chastity (played by Gwen Taylor in a Nazi outfit in a hilariously near-the-knuckle mickey take of Yoko Ono).

The Beatles’ musical evolution is playfully parodied (Doubleback Alley is a take on Penny Lane; I Am the Walrus becomes the equally nonsensical Piggy in the Middle, among many others), while the band’s foray into the world of movies is also lampooned, with Ouch! a send-up of Help! (1965); Yellow Submarine Sandwich (complete with surreal animation) and The Tragical History Tour, in which the Prefab Four play Oxford history professors going on a hitchhiking tour of tea shops in the Rutland area.

The SNL connection led to cameos from Bill Murray, Dan Aykroyd, Gilda Radner and John Belushi, while Michael Palin appears in one of the film’s most amusing scenes playing opposite Harrison’s silver-haired interviewer as Rutle Corps’ headquarters is plundered. 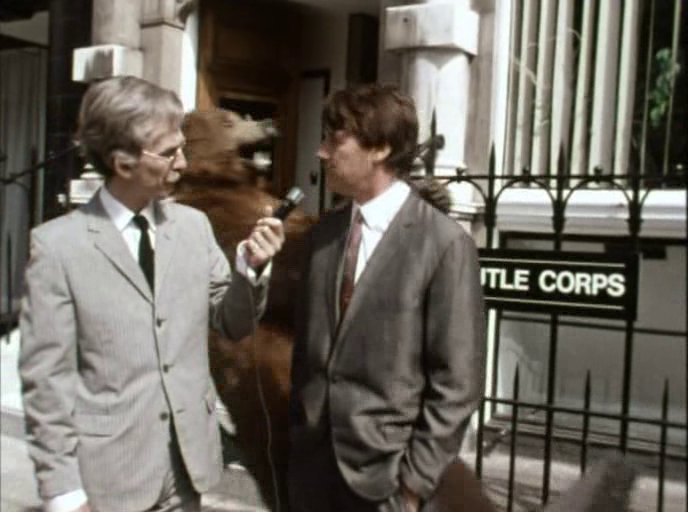 Roped in to give the film some extra fizz by Harrison, a game Mick Jagger and Paul Simon deliver old Rutles tales with admirable brio, probably because most of the stories they were telling were actually true and involved the Fab, rather than the Prefab, Four.

The Rutles adheres to the most important rule of mockumentaries, in that everyone plays it straight despite the silliness going on around them. It also helps that Innes’ songs are catchy in their own right and different enough from the originals so as not to sound like a carbon copy.

It’s a testament to the film’s legacy that not only did it influence Rob Reiner and Christopher Guest when approaching This is Spinal Tap, but also remains a cult favourite among as many Beatles fans as those who still follow The Rutles on their sporadic live tours.

While Spinal Tap took the formula to unparalleled heights, The Rutles set the ball rolling and remains an amusingly ramshackle spoof.