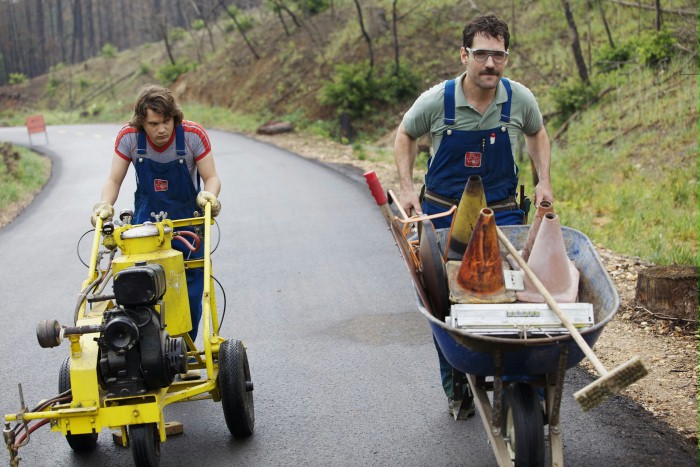 There were the trails. Then there were the rails. Then there was the road. In David Gordon Green’s Prince Avalanche there is the road. This is the road movie – literally. Two men restore, rebuild, and re-imagine the road following a sweeping, tragic natural disaster. Across the course of the film, they travel eight miles physically and, like in all great road movies, thousands of miles emotionally and spiritually. Metaphors of restoration, rebirth, and reconstruction permeate Prince Avalanche as it re-imagines the road movie.

It’s invigorating to see the genre approached with such verve. The entirety of the film takes place on an eight-mile stretch of highway that Alvin and his girlfriend’s brother Lance are clearing of debris and painting – restoring to its iconic yellow-streaked glory. The symbolism of their task resonates with the seasoned road movie audience. They are applying the famous yellow stripe to tarmac. This is an image that has been scorched onto the consciousness of road movie fans, usually seen flashing by as characters traverse long roads to self-discovery. It’s the familiar in a new context.

When the action leaves the road, it heads deep into adjacent woodland that has been decimated by wildfire and is in the process of natural rebirth. Characters met by the pair include a brilliantly crazed trucker of undetermined task and a sad woman sifting through the ashes of her destroyed home. The trucker seems to spend his time flying up and down the newly repainted lanes in gloriously defiant reverie. The scene where Alvin helps the woman search for her lost pilot’s license and flight card is truly moving. The film is delicate, poignant and silly. It’s wilful in its pace and refreshingly slow akin to The Straight Story, a film it shares a multitude of spiritual space with. 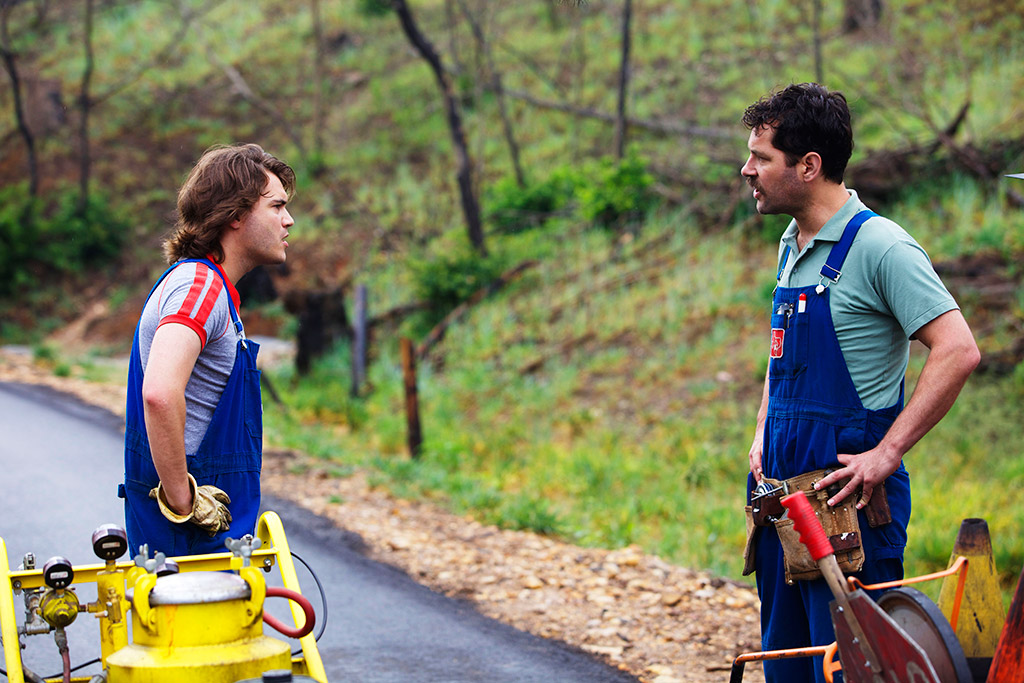 The two central characters start the film miles apart and slowly the lanes of their lives merge into a single carriageway of friendship. Paul Rudd’s Alvin wants to be taken seriously. He yearns to be deep, to be close to nature and to seem knowing. Emile Hirsch’s Lance just wants to get his “little man squeezed”. They represent the two sides of Gordon Green’s career – the serious and the slapstick. These characters are embodied by an actor renowned for comic roles playing a character yearning to be taken seriously alongside an actor renowned for intensity, here playing louche. They have taken to the road to focus on their lives, their struggles and their contradictions in the hope that the journey has the answer.