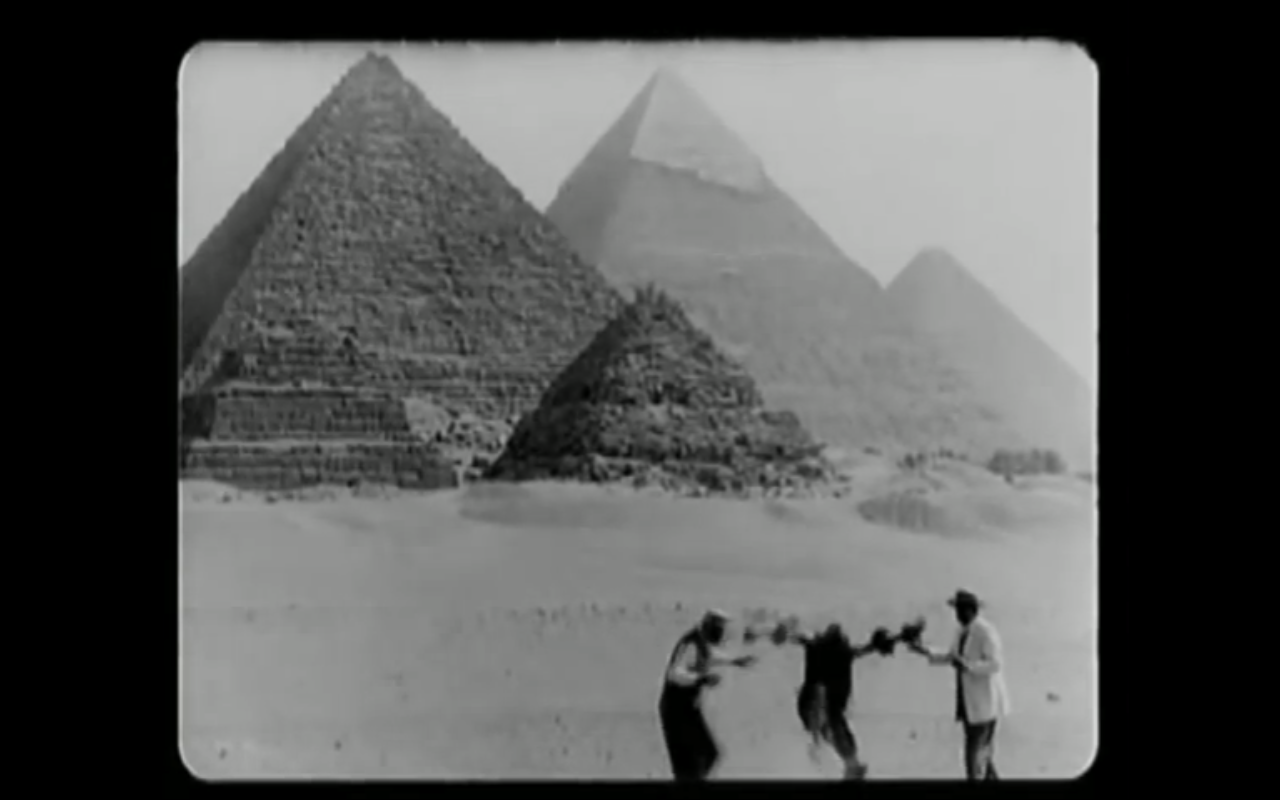 LU.MIERE. read the emblazoned jackets of two moviemakers, cranking their Cinematograph outside the Giza pyramids, circa 1895. Suddenly a Mummy rushes over the dunes, grabs the tripod-mounted camera and smashes it into the sands. An intertitle reads, “Censorship Already!!” The year is actually 1995, and the Lumières are played by two actors under the direction of Alexandria-born filmmaker Youssef Chahine, who knew a thing or two about censors. “Cinema is a sin!” barks a patrolling officer. Making cinema is Chahine’s response.

This satirical ditty is part of Lumière & Company, an anthology film devised by director Sarah Moon as a celebration for the centenary of cinema (or at least its first public exhibition, held at the Salon Indien du Grand Café in Paris). The rules, posed to forty international auteurs including David Lynch and Jacques Rivette, were as follows: 1) A short may be no longer than 52 seconds. 2) No synchronized sound. 3) No more than three takes.

The amazing feat of Lumière & Company is not the restoration of the Lumière’s original, foot-squared Cinematograph, undertaken by Philippe Poulet of Lyon’s Museum of Cinema. Nor is it the dynamic texture of the images produced, shot on film stock which was also painstakingly reconstructed to match that which the iconic brothers would have used. Instead, it’s the fact that each auteur manages to take this technology and distil – or perhaps even deepen – the nature of their auteurism. The forty films here, wordless and often composed in tableaux, touch on themes including freedom and civil liberty, death and parenthood, and the more clichéd cinematic motifs of memory and dreams. 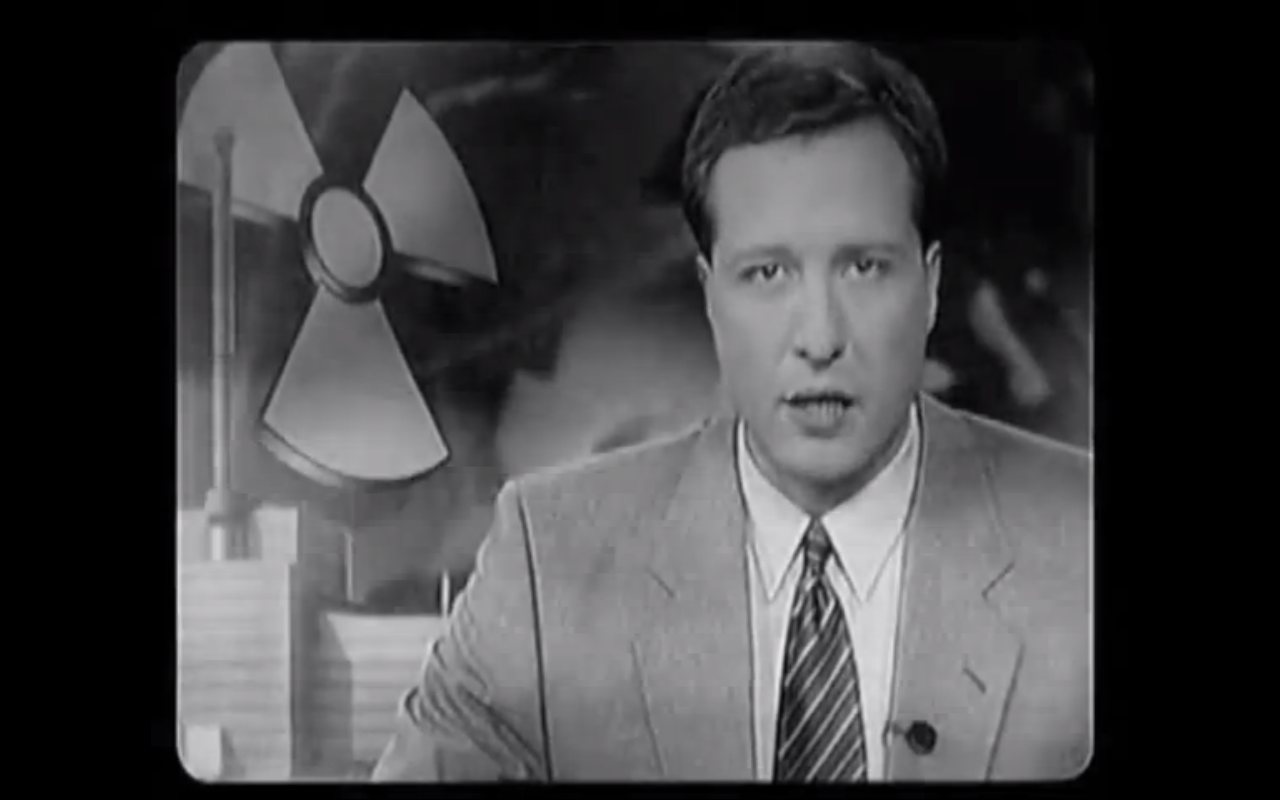 Chahine challenges his country’s filmmaking policies, while Fernando Trueba films a day in the life of “conscientious objector” Felix Romero, who must return to prison every evening. Michael Haneke points the cinematograph toward a TV set for an “Extract from the TV News,” while Kiju (Yoshishige) Yoshida questions the very permanence of film by shooting on the spot where, fifty years earlier, Hiroshima would have destroyed him and the Cinematograph.

But twenty years on, and Lumière & Company is itself a record of permanence, as eleven of these forty filmmakers (and one subject – the cinematographer Sven Nykvist) have now died; each short becomes a record of both its subject and its making. Moon asks her directors, “is cinema mortal?”, and her film acts as a poignant reminder that the future of celluloid itself is in immediate danger. It’s notable that most of these directors are now shooting on digital exclusively, and if Lynch ever makes another film, we can be sure that it will be on video. It’s the silence of these forty exquisite shorts which speaks loudest for the power of a medium slowly fading into obsolescence. 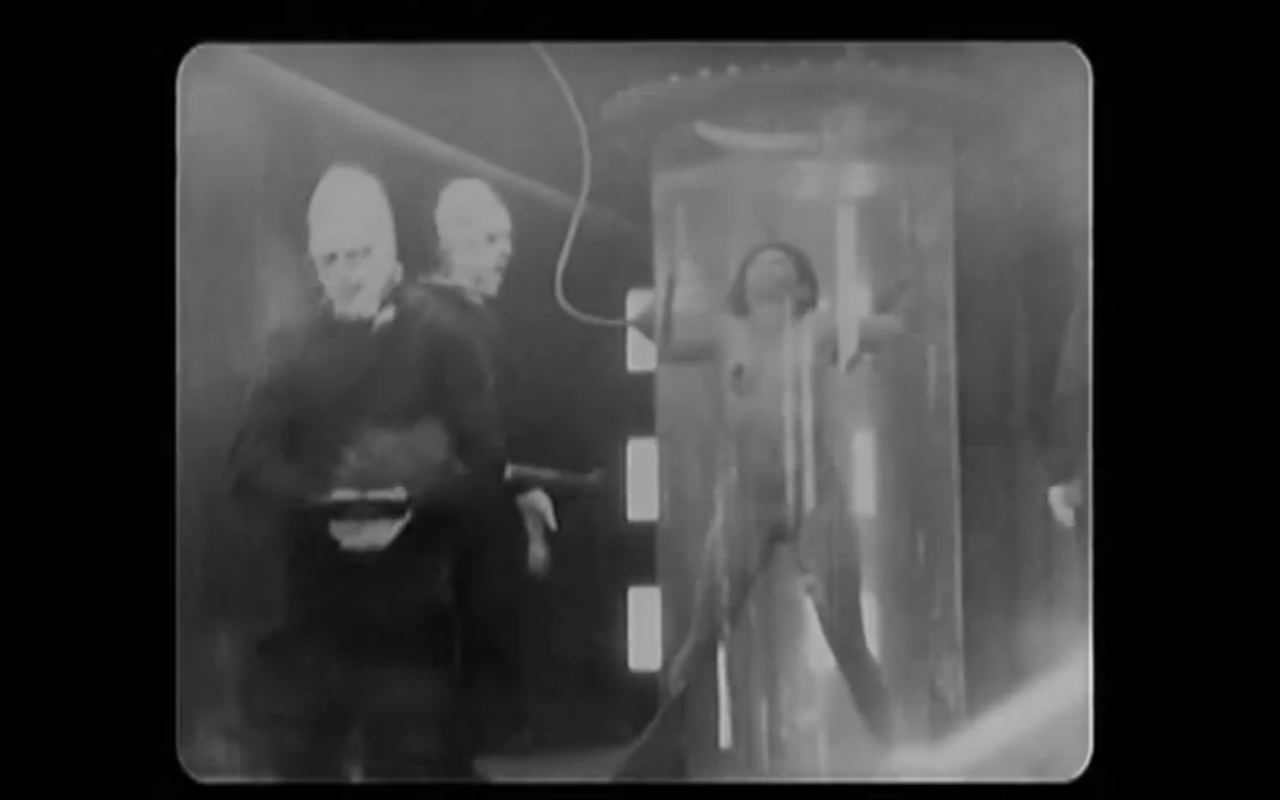