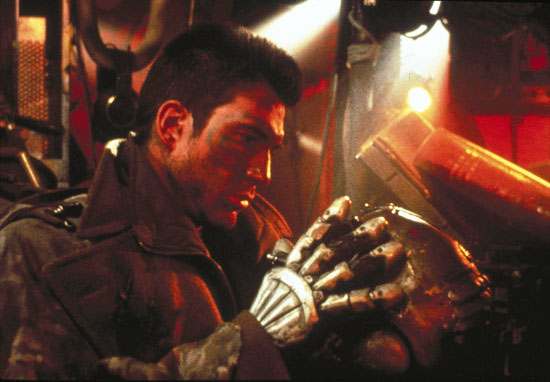 Richard Stanley’s grim and gory debut may never be counted among the greats of science fiction, but that hasn’t stopped it chiselling out a place in the hearts of a loyal band of cult followers.

Squabbles over the rights to Hardware meant the only way to check it out for a good few years was through a less-than-ideal VHS copy, and it wasn’t until 2009 that it finally made it onto DVD. The shenanigans surrounding the film following its modestly successful 1990 release have lent Hardware an edge in keeping with its down and dirty punk attitude.

Ex-soldier ‘Hard Mo’ Baxter (Dylan McDermott in one of his first starring roles) buys a nasty-looking robot head from a nomadic scavenger and gives it to his metal sculptor girlfriend Jill (Stacey Travis), not realising his gift has the ability to reassemble itself into a machine whose only purpose is to kill. 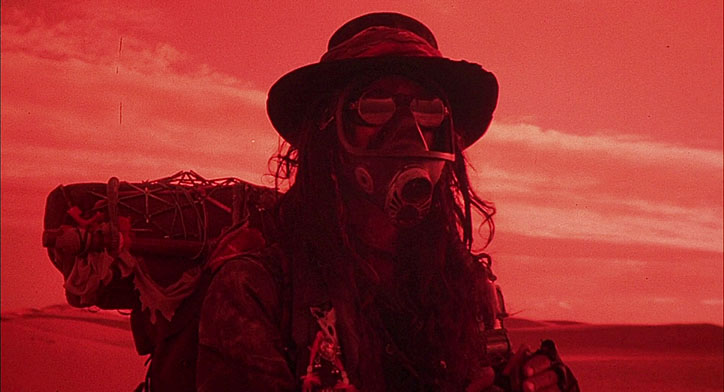 Despite the meagre budget, Hardware‘s doom-laden industrial world, scarred by nuclear war and controlled by a government that isn’t exactly looking out for its citizens, is impressively realised on screen thanks to solid production design and vivid lighting (the heavy use of red throughout to symbolise the bloodbath to come is especially evocative).

The killer robot premise is hardly original and the nods to genre stablemates The Terminator (1984) and Demon Seed (1977) are clear to see, but the film rises above the schlock-fest it could so easily have become thanks to the vision of its one-of-a-kind writer/director.

Stanley started work on the film in the immediate aftermath of a terrifying stint in war-ravaged Afghanistan, where he had been making his documentary Voice of the Moon. The horrors he no doubt witnessed are channelled into Hardware, particularly in the freakiness of the TV footage we get to see – grainy images of the Holocaust sitting alongside dystopian news feeds, footage of thrash metal merchants Gwar, and Robocop-style satirical adverts (“radiation free reindeer steaks”). As if that wasn’t enough, the robot head is painted with the Stars and Stripes to make a none-too-subtle observation about American imperialism. 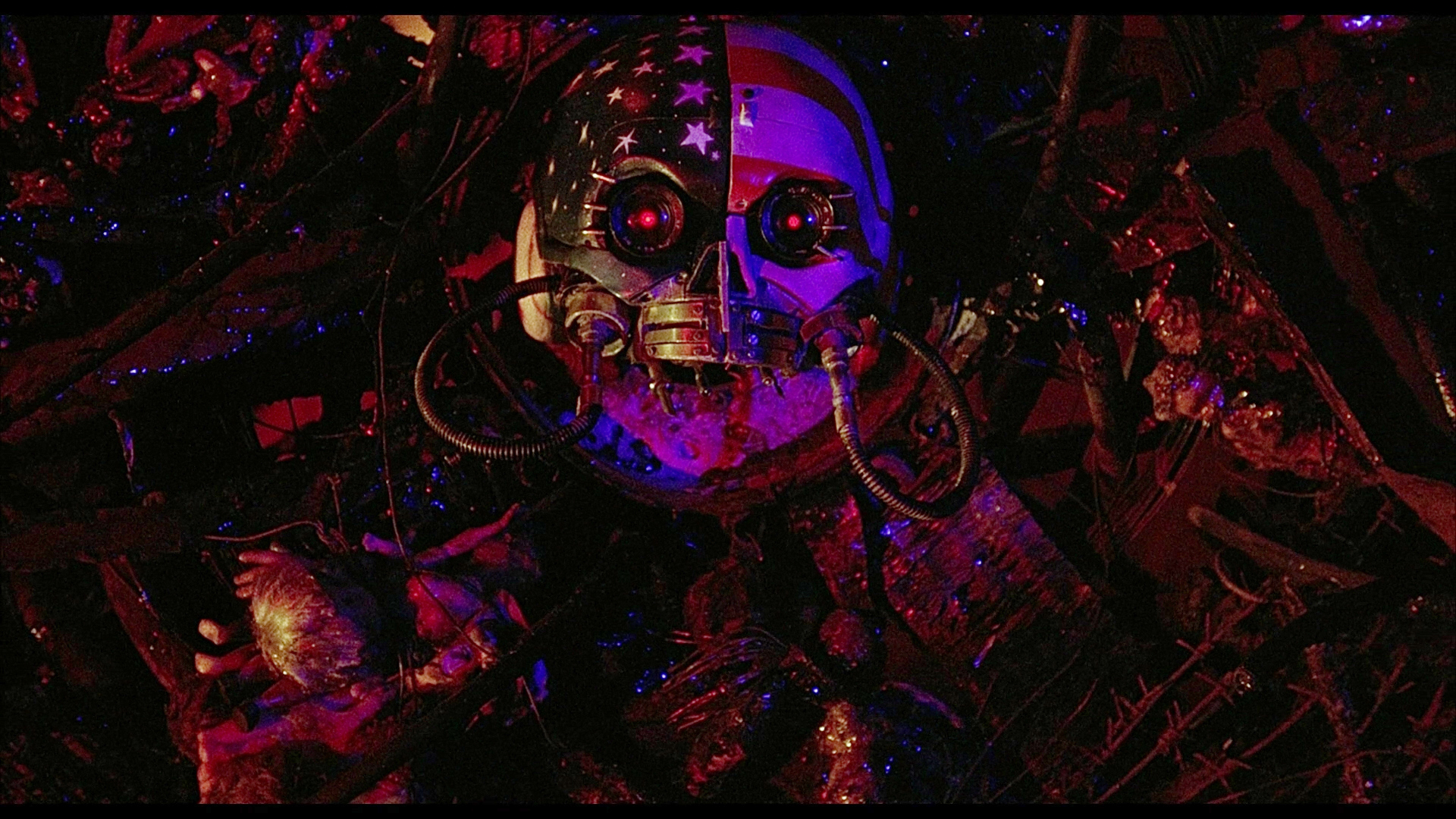 He had originally intended to set the film in Britain, but decided to make the location non-specific following the addition of American leads at the studio’s insistence. It’s a smart move that works to the movie’s advantage, as the multi-national flavour is entirely in keeping with the world created.

This being a killer robot movie, it’s necessary to buy into the threat posed by the machine and it’s here where Hardware amps up the gore. The scenes within Jill’s apartment, which take up a good chunk of the film’s running time, exude a real menace as the robot impassively goes after anyone it can. 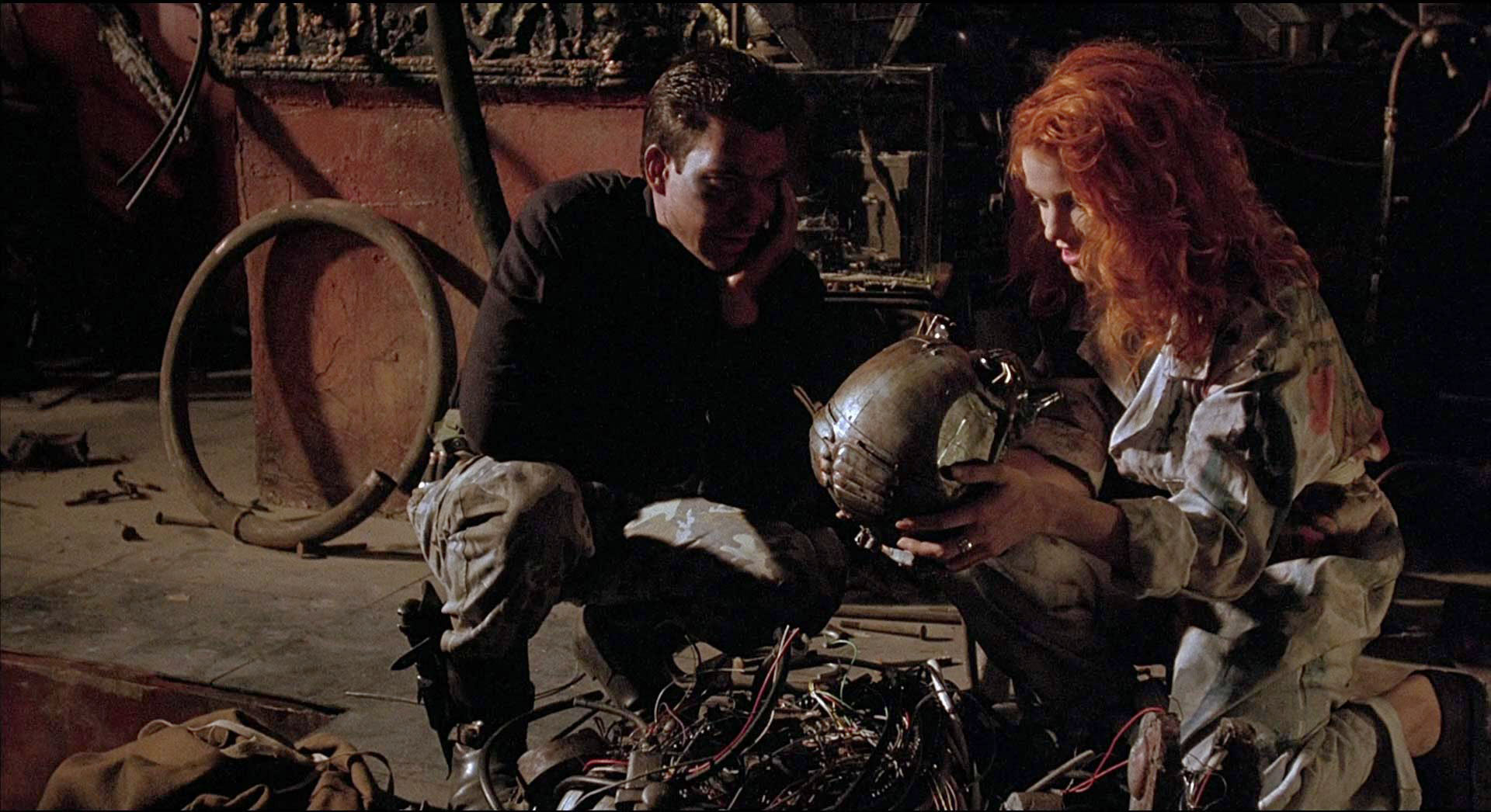 While Simon Boswell’s soundtrack doesn’t do the film any favours, Stanley makes better use of musicians in other capacities, with Motörhead frontman Lemmy playing a taxi driver who recommends Motörhead’s Ace of Spades to Mo, and Iggy Pop as DJ Angry Bob, “the guy with the industrial dick” who at one point states: “As for the good news… there is no fucking good news! So let’s just play some music!”

Stanley would go on to direct one more feature, 1992’s Dust Devil, before slipping out of sight. It’s a shame, as the director of a film as demented and dynamic as Hardware deserved better.