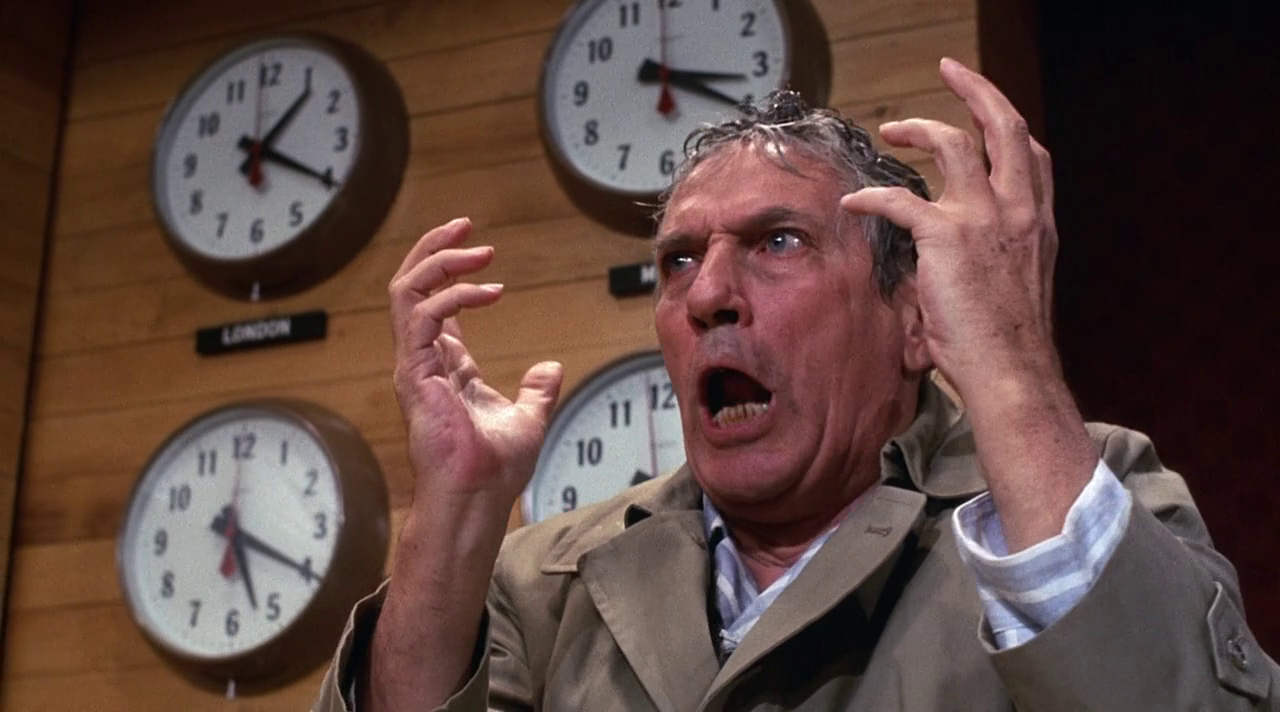 The Union Broadcasting System took a risk when they let a visibly unwell Howard Beale on air. With his frantic demeanour and dishevelled appearance, the anchorman was in no state to present the news. What Beale does instead is denounce the social ills of 1970s America in a monologue that keeps escalating in its hysteria. The camera zooms in on Beale’s manic face until it nearly fills the screen in a tight low-angle shot. “I want you to stick your head out of the window,” Beale shouts, ”and yell, ‘I’m as mad as hell and I’m not going to take it anymore!’”

On paper, Network may sound like just another anti-establishment film with a rebellious hero. But director Sidney Lumet and screenwriter Paddy Chayefsky have something more up their sleeves. Although Beale criticises television media in his tirades, ambitious programming executive Diana Christensen (arguably Network’s true lead protagonist) gives him his own show so he can keep biting the hands that feed him. Beale’s grip on rationality disintegrates until he resembles not a leader, but a crazed victim. 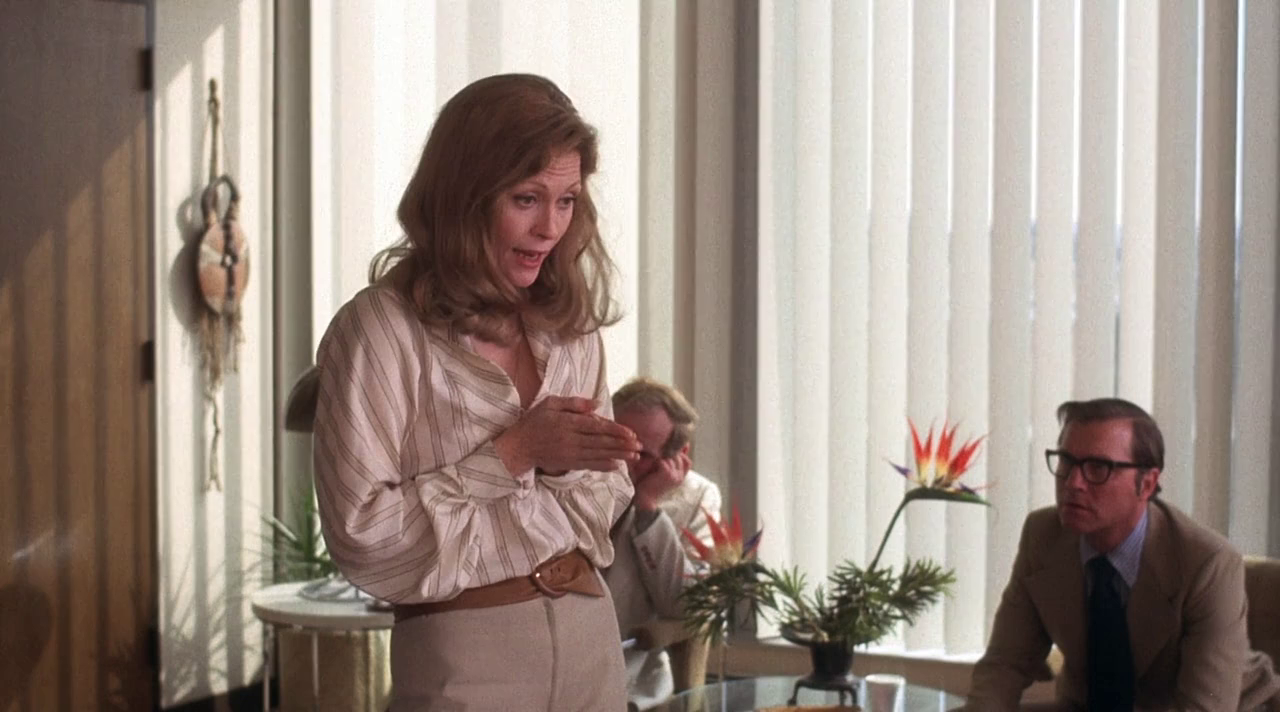 Christensen is so opportunistic, she works with far-left radicals for a slot named The Mao Tse-Tung Hour. Faye Dunaway’s performance here is deliciously icy, her punctilious gestures and brittle intonations a great match for Chayefsky’s ornate dialogue, in a brilliant depiction of how corporate media has deprived its agents of their humanity. “Each week, we open with an authentic act of political terrorism,” she gleams, as if pitching a work of fiction instead of negotiating with wanted criminals. 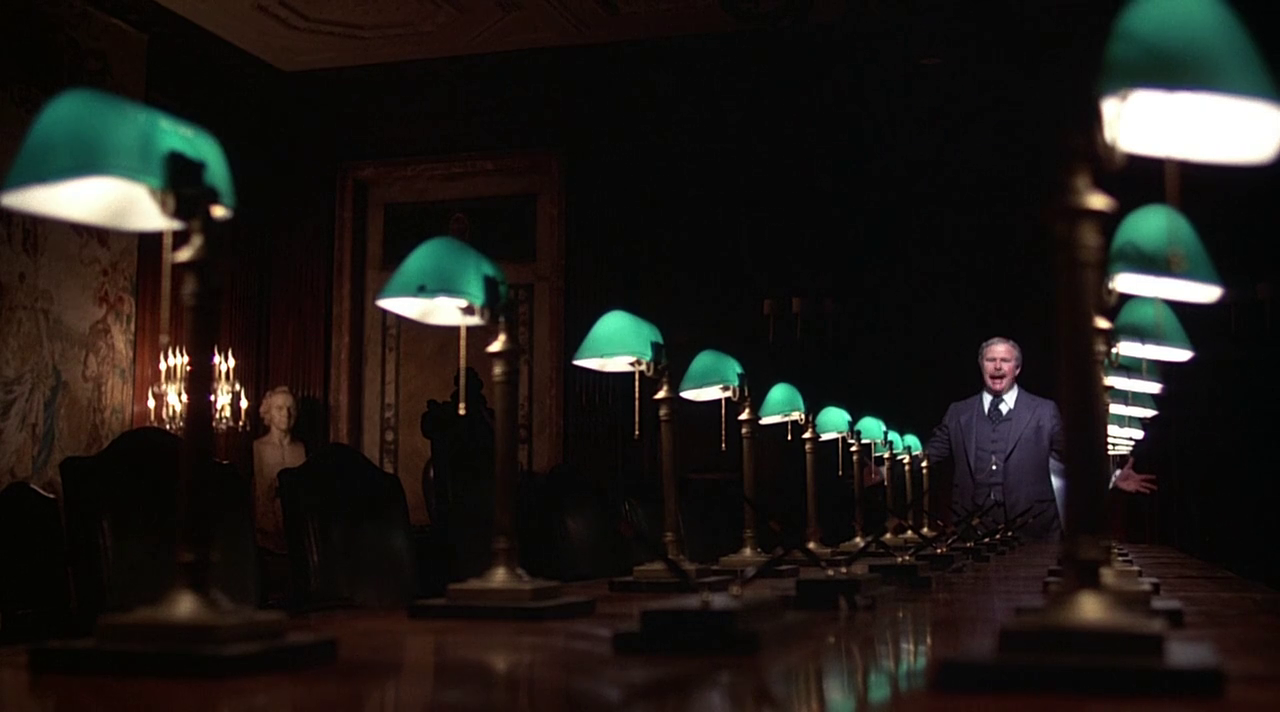 If Chayefsky’s depiction of media executives is pessimistic, the portrayal of Arthur Jensen, the chairman of the conglomerate that owns the UBS station, is almost surreal. When Beale meets Jensen, Ned Beatty’s character is framed between two rows of green lamps atop a long conference table, which make him appear omniscient. But despite his mystical aura, the media magnate is responsible for Network’s most prescient monologue. His ‘corporate cosmology’ sermonises how capitalism must and will dissolve all distinctions between nations, cultures and peoples in its ceaseless pursuit of profit. 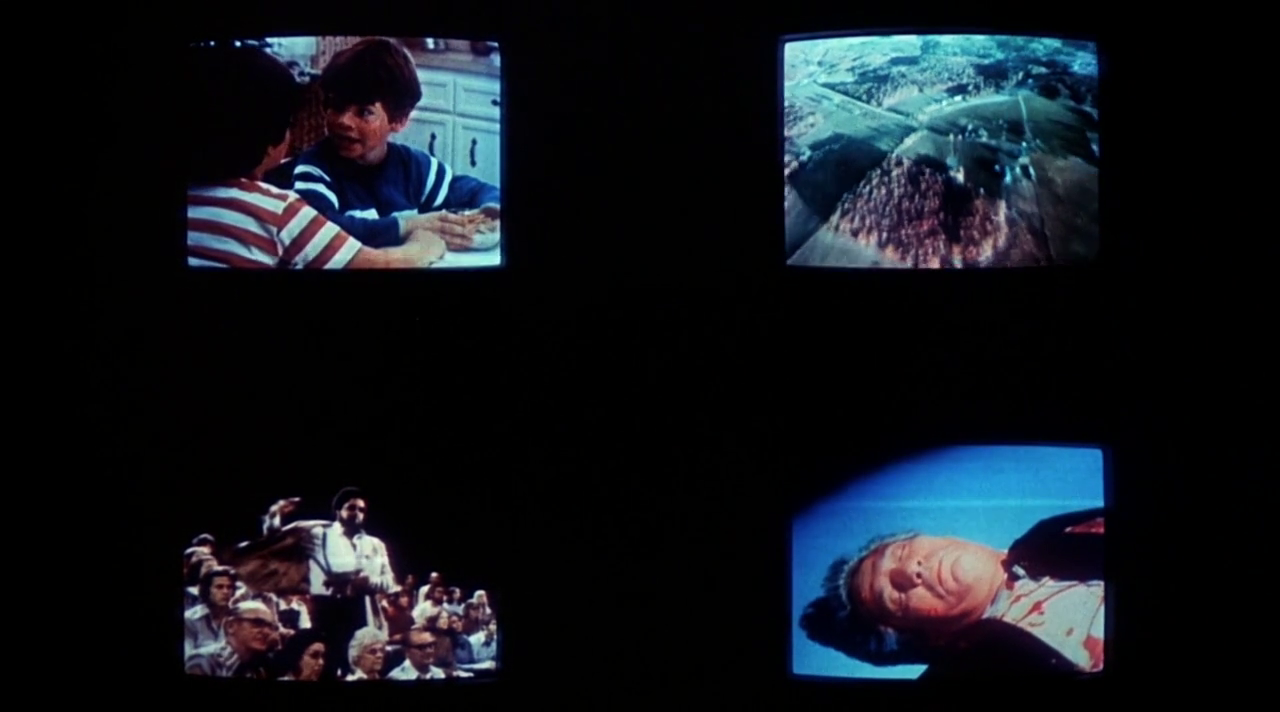 Ostensibly about the ‘dumbing down’ of greed-driven broadcasting, Network is a chilling reminder of how social systems can subsume rebellion, even when those same rebels are still free to rail against them. Now that we live in an age where Che Guevara is printed on t-shirts and Russell Brand promotes the virtues of anarchism on Newsnight, it seems we have caught up with Paddy Chayefsky’s vision. The internet only adds to the overwhelming media chatter, ensuring that counter-cultural viewpoints like Howard Beale’s are not just swallowed up by the system and robbed of their power, but – as symbolised by the film’s final frame – are quickly drowned out in a sea of information.