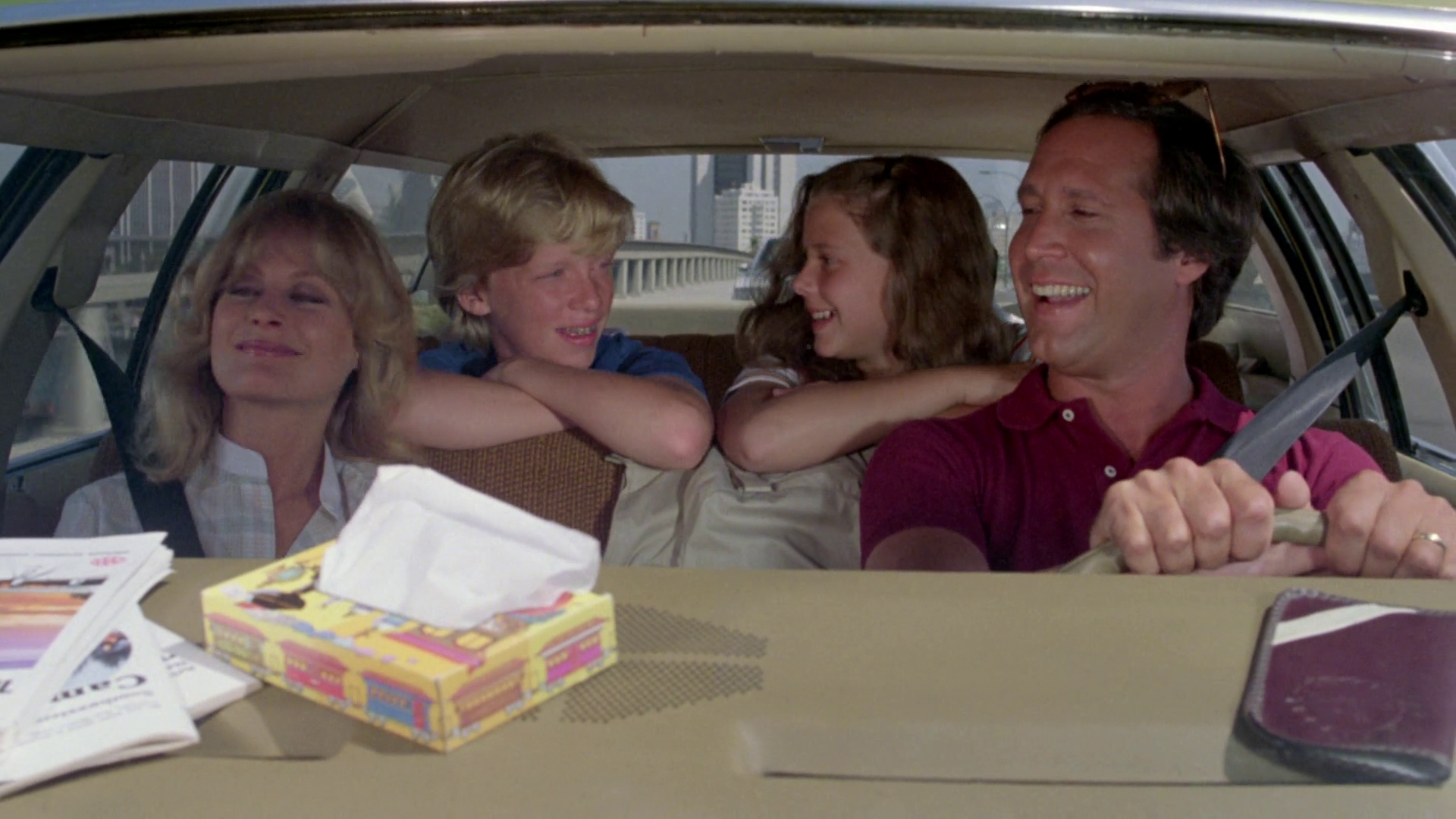 Many of us will no doubt recall the times we spent as a kid sat in the back of a hot car watching our parents squabble over directions on the way to a summer holiday.

We can therefore recognise, at least in part, the pain and suffering endured by the Griswolds in the name of ‘fun’ as they hit the road for a 2,408-mile trip from Chicago to the hallowed Walley World in California.

The cross-country road trip taken by the manic Clark (Chevy Chase), his long-suffering wife Ellen (Beverley D’Angelo) and teenage children Rusty (Anthony Michael Hall) and Audrey (Dana Barron) takes on a Sisyphean struggle as they haplessly veer towards one self-destructive set piece after another.

A screwball comedy it may be, but director Harold Ramis and writer John Hughes also inject a little subversiveness into proceedings. With Lindsey Buckingham’s relentlessly upbeat Holiday Road ringing in our ears, the opening credits are a flipbook of picture postcards showing off every corner of the U.S. It paints the sort of all-American summer vacation sold by people like Clark, an advertising executive who has drunk the Kool-Aid and can’t wait to witness first hand such unforgettable sights as the “second largest ball of twine on the face of the Earth” with his family. 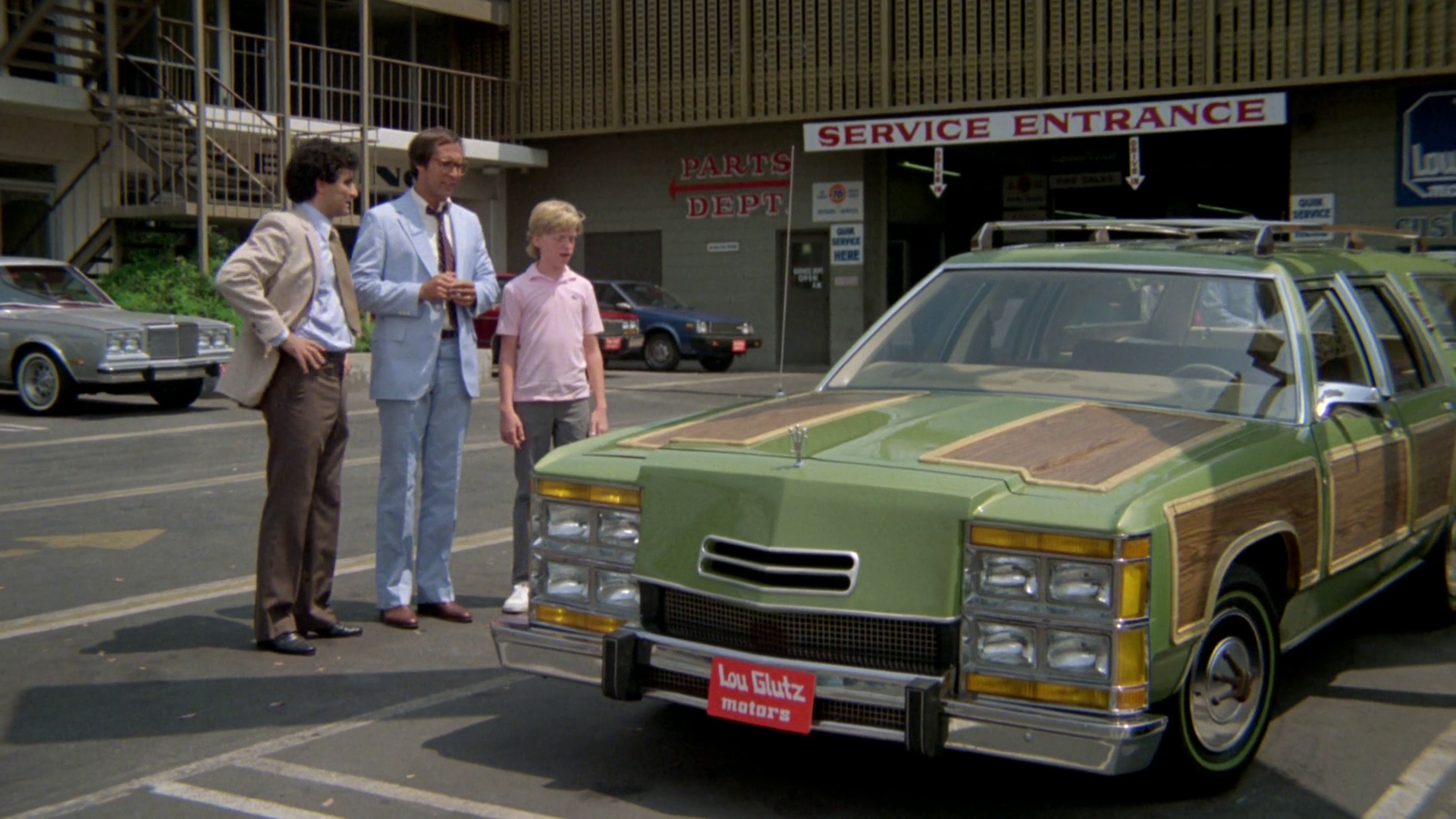 The laughably awful station wagon (a vehicle created specifically for the movie) that ferries the Griswolds to hell and back puts the lampoon into National Lampoon. In addition, the wildly over-the-top illustrated poster of a buffed-up Chase draped by a scantily clad D’Angelo and Sports Illustrated cover girl Christie Brinkley (who plays a Ferrari-driving temptress) not only amps up the film’s shameless ridiculousness, but also merrily sends up Reagan-era patriotism.

Chase was among the first of the Saturday Night Live cast members, along with Bill Murray, Eddie Murphy, Steve Martin, Dan Ackroyd and John Belushi (until his premature death in 1982), who broke out of the NBC sketch show and became the biggest stars of the ’80s.

Essentially a bunch of sketches tied to the narrative thread of the road trip to end all road trips (until they all did it again in National Lampoon’s European Vacation two years later), Vacation provided Chase with the perfect comedy vehicle. 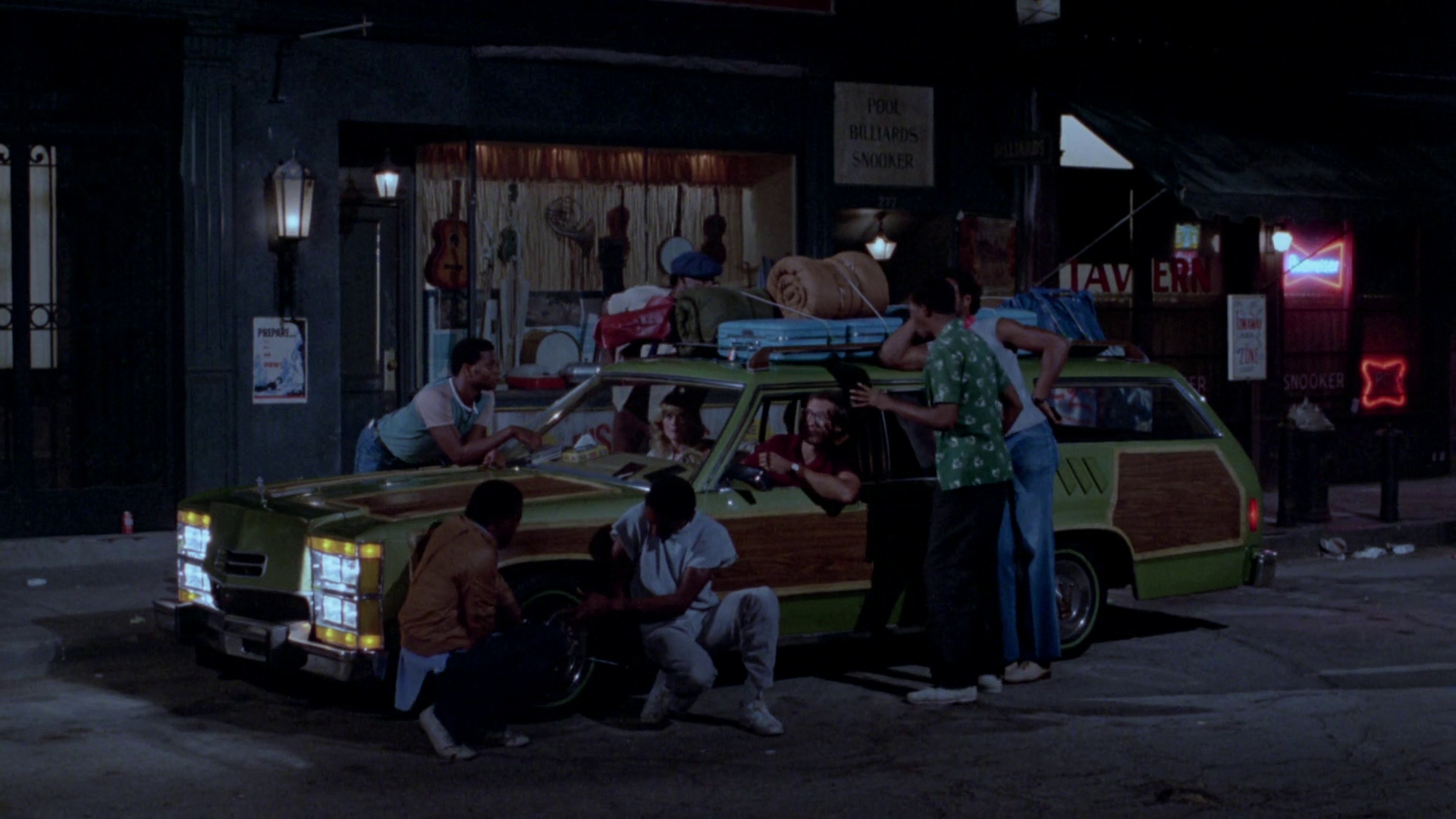 Almost 35 years on, some of the jokes are best left in the past; in particular a cringeworthy sequence set in the seedy streets of St Louis where Clark and co are lost and ask a group of black pimps and vandals for directions back to the expressway – losing their hub caps in the process (Rusty wonders “if these guys know The Commodores” just to ratchet up the racial stereotyping).

Others remain darkly hilarious, including the moment when Clark realises the dog they’ve been looking after is no longer tied to the back of the car and the scene in which the family tie the recently deceased Aunt Edna (Imogene Coca) to the roof wrapped in tarpaulin.

However, the highlight remains Clark’s meltdown in front of his family in which he excoriates them for being “f**ked in the head” at wanting to go home after all they’ve been through, adding: “This is no longer a vacation. It’s a quest. It’s a quest for fun. You’re gonna have fun, and I’m gonna have fun… We’re all gonna have so much f**king fun we’re gonna need plastic surgery to remove our goddamn smiles! You’ll be whistling ‘Zip-A-Dee Doo-Dah’ out of your assholes!”

Hughes has a penchant for memorable expletive-laden monologues (the can of whoopass opened up by Steve Martin towards a car rental employee in 1987’s Planes, Trains And Automobiles is equally great) and Chase savours every moment, saving the best for last as the wild-eyed Clark warns his son “Don’t touch!” 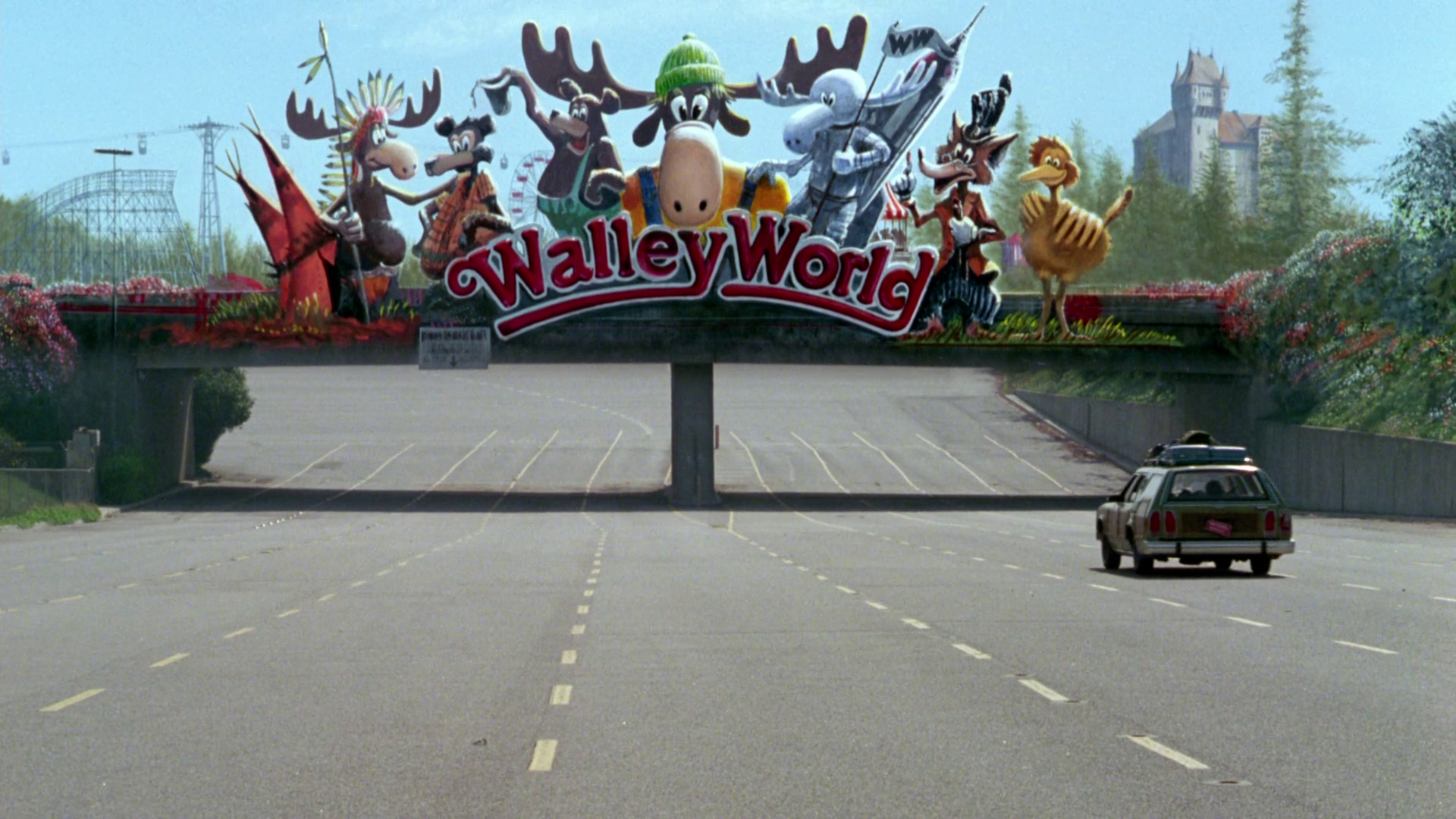 The fates have one last kick in the shins for the Griswolds when they finally make it to Walley World, pushing Clark off the deep end and leading to a finale that’s as uplifting as it is unnerving and unlikely.

The less said about the increasingly painful and derivative sequels the better, but National Lampoon’s Vacation remains a laugh-out-loud skewering of the middle class American dream.