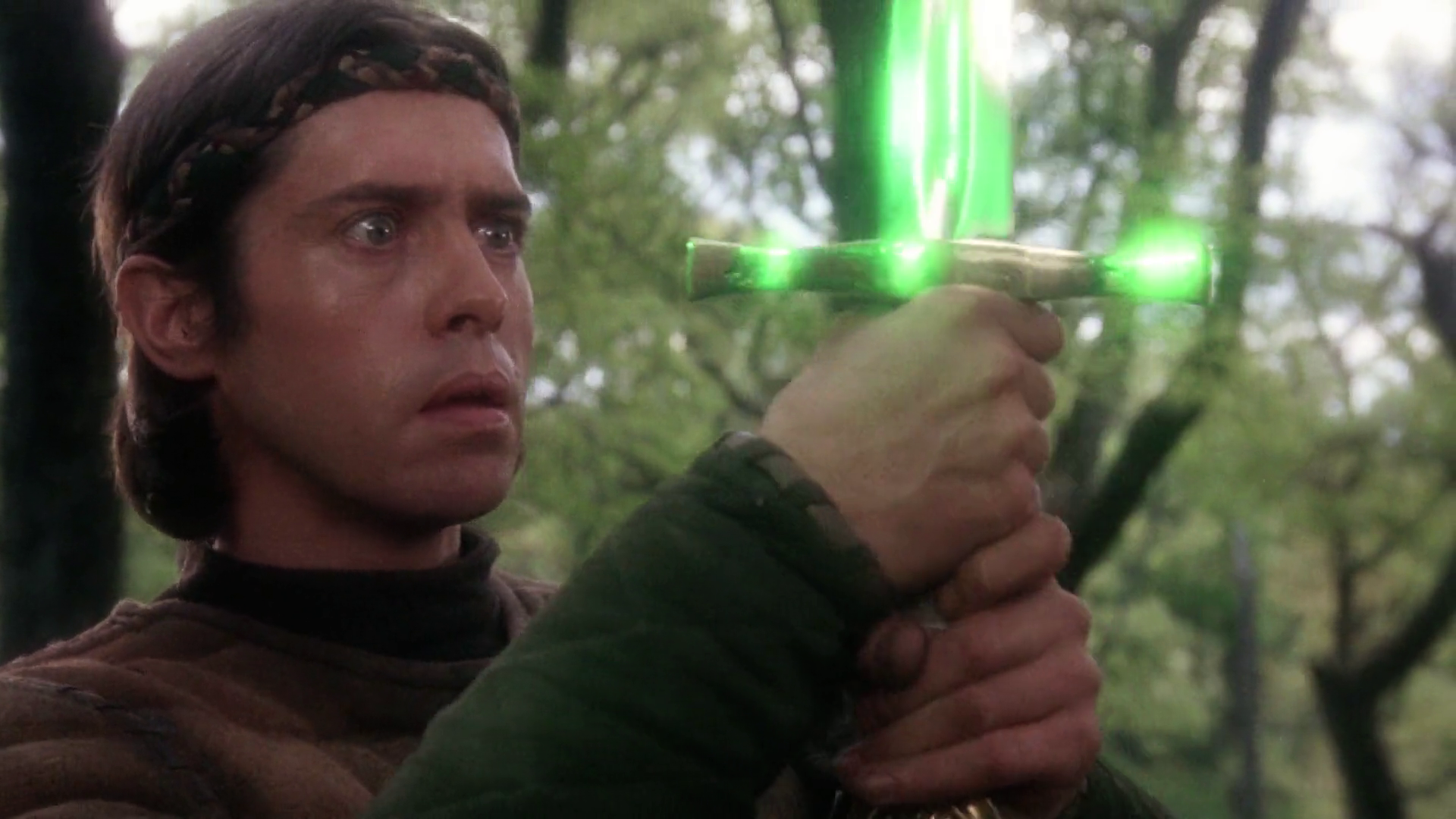 Sex, violence, betrayal, revenge – these are the ingredients of a film producer’s wet dream, and the legend of King Arthur has them in spades.

It’s no surprise, then, that Arthur has continued to serve as an influence, direct or otherwise, for countless forms of art and entertainment. His latest cinematic incarnation is due to hit our big screens in 2017 courtesy of Guy Ritchie. We’ll wait and see what that has to offer, but it’ll have to go a long way to top John Boorman’s deliciously ripe and unashamedly excessive swords and sorcery epic.

After the comedy gold mined by Monty Python and the Holy Grail six years earlier, Boorman took a decidedly left-field turn in bringing the Arthurian legend to life. Based on Thomas Malory’s Le Morte d’Arthur, which was written more than five centuries earlier, Excalibur presents a warts and all vision of – as the opening titles explain – “The Dark Ages… out of those lost centuries rose a legend. Of the sorcerer Merlin, of the coming of a king, of the sword of power”.

The film’s title is no accident. The ancient weapon – “Forged when the world was young and bird and beast were one with man. And death was but a dream.” – is forever present, forever tied to the land and the one it chooses as ruler.

Before Excalibur selects Arthur (played to perfection by Nigel Terry) as the one to draw it from the stone (amusingly, he’s told off by his adopted father for doing so and told to put it back), we’re shown how it ended up there courtesy of a fatal chain of events set in motion by Uther Pendragon’s lust for the Duke of Cornwall’s wife Igraine.

With the guidance of the mystical necromancer Merlin (Nicol Williamson), Arthur and his Knights of the Round Table usher in a new golden age, while he finds a seemingly perfect mate in the form of Guenevere (Cherie Lunghi). But the sins of the father come back to haunt the king as his embittered half-sister Morgana (Helen Mirren) nurses plans to use sorcery to destroy both him and his land.

Boorman had long desired to adapt the Arthurian legend, but struggled to raise the money. Intriguingly, an alternative offer to bring J.R.R. Tolkien’s The Lord of the Rings to the big screen was made along the way and a number of the set designs for that failed project ended up in Excalibur.

The Arthurian influence on Rings, whilst far from hidden, becomes glaringly pronounced in the context of watching Excalibur, with its talk of fellowships and a single, all-consuming object of power that binds itself to the one who possesses it. 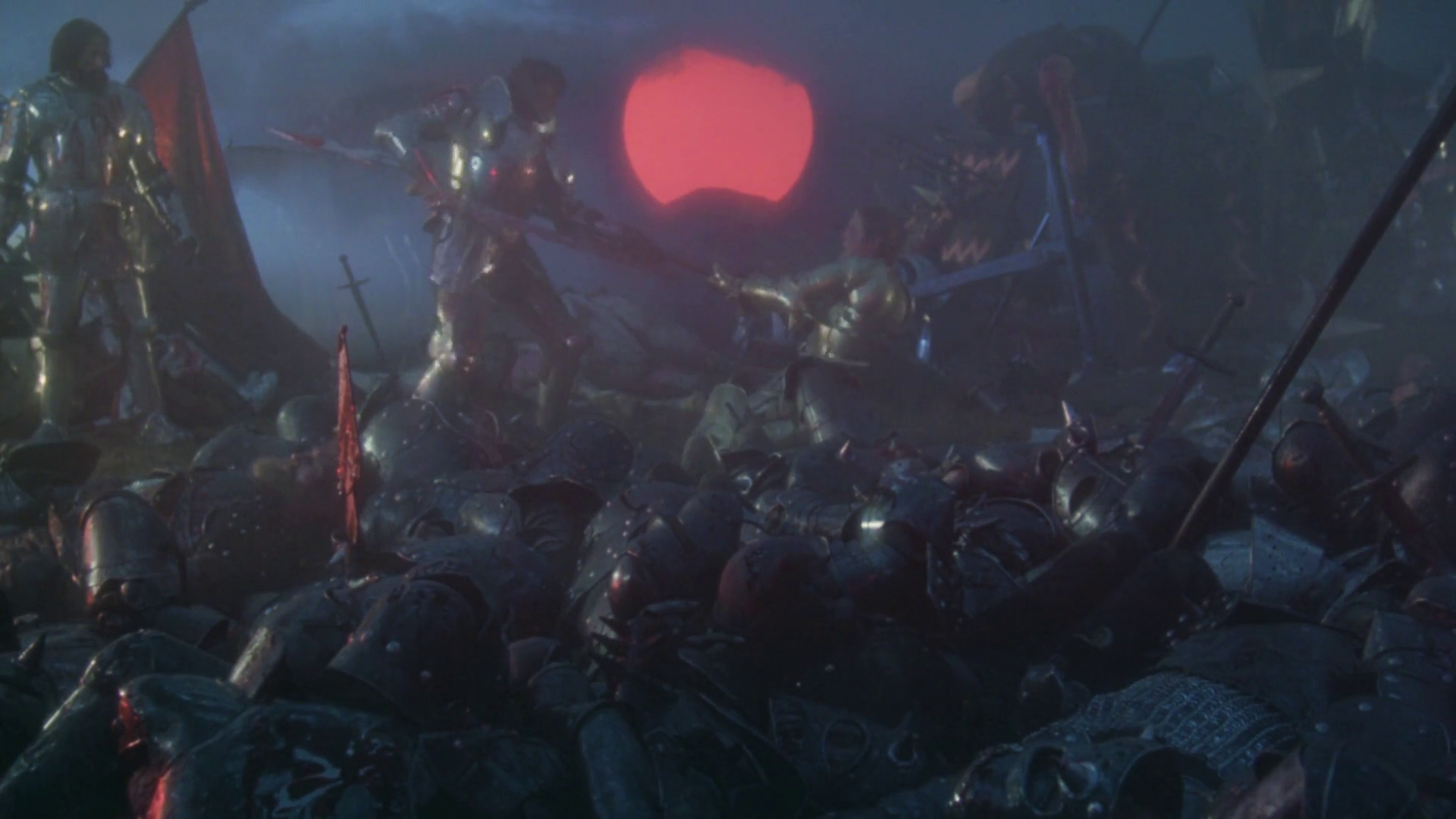 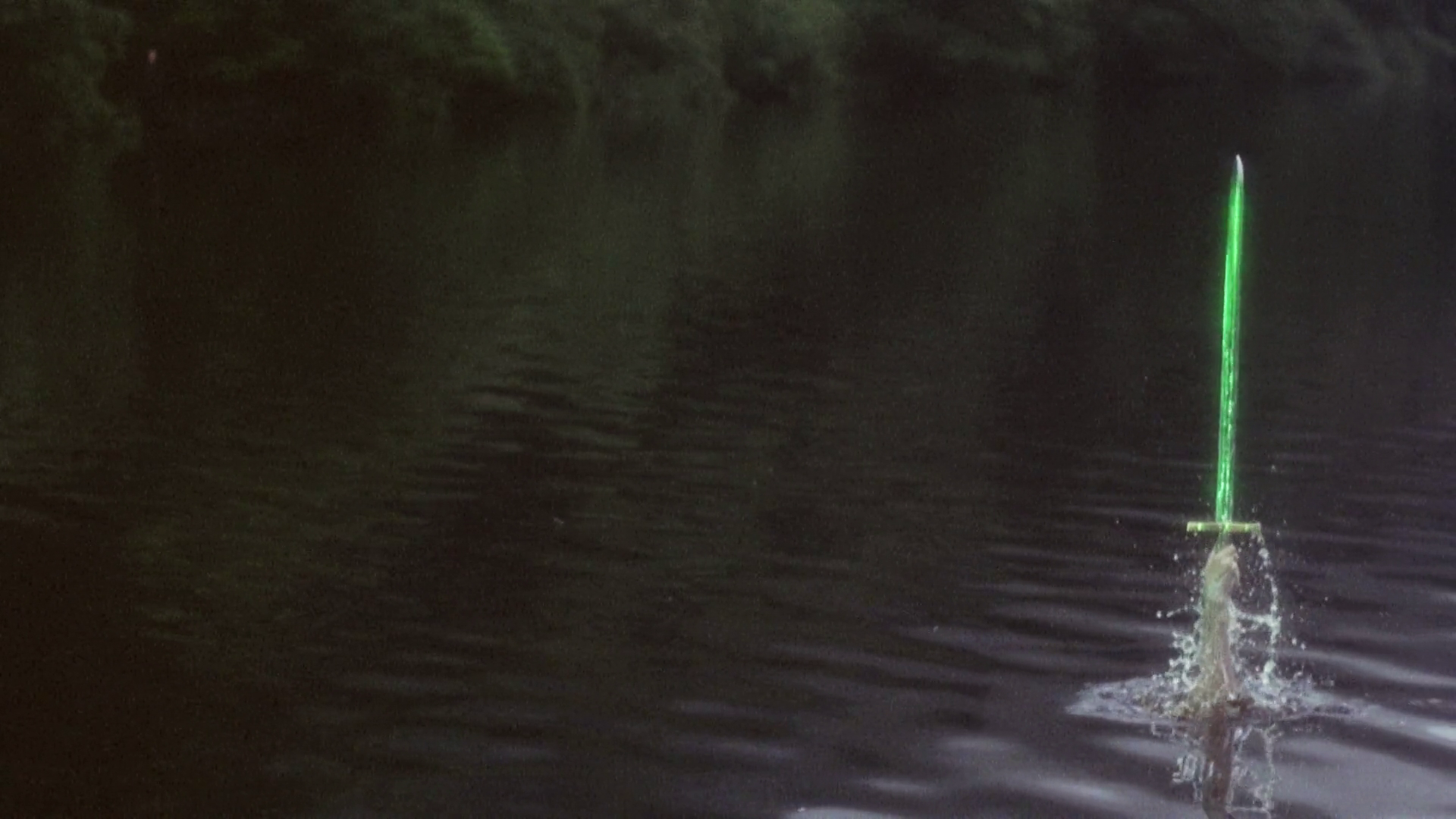 The film is full of starting imagery that, more than 35 years on, still has the power to captivate (amplified by the stirring sounds of Wagner, Orff and original compositions by Trevor Jones). The battle scenes, most notably one towards the end of the film that is shrouded in mist save for a glowing orange sun, are richly atmospheric, while the Lady of the Lake’s arm thrusting out of the water wielding a luminescent Excalibur remains a singularly beautiful image.

It is also noteworthy just how many future stars of stage and screen show up, including a still relatively unknown Patrick Stewart as well as Gabriel Byrne and Liam Neeson, both of whom made their screen debuts here. 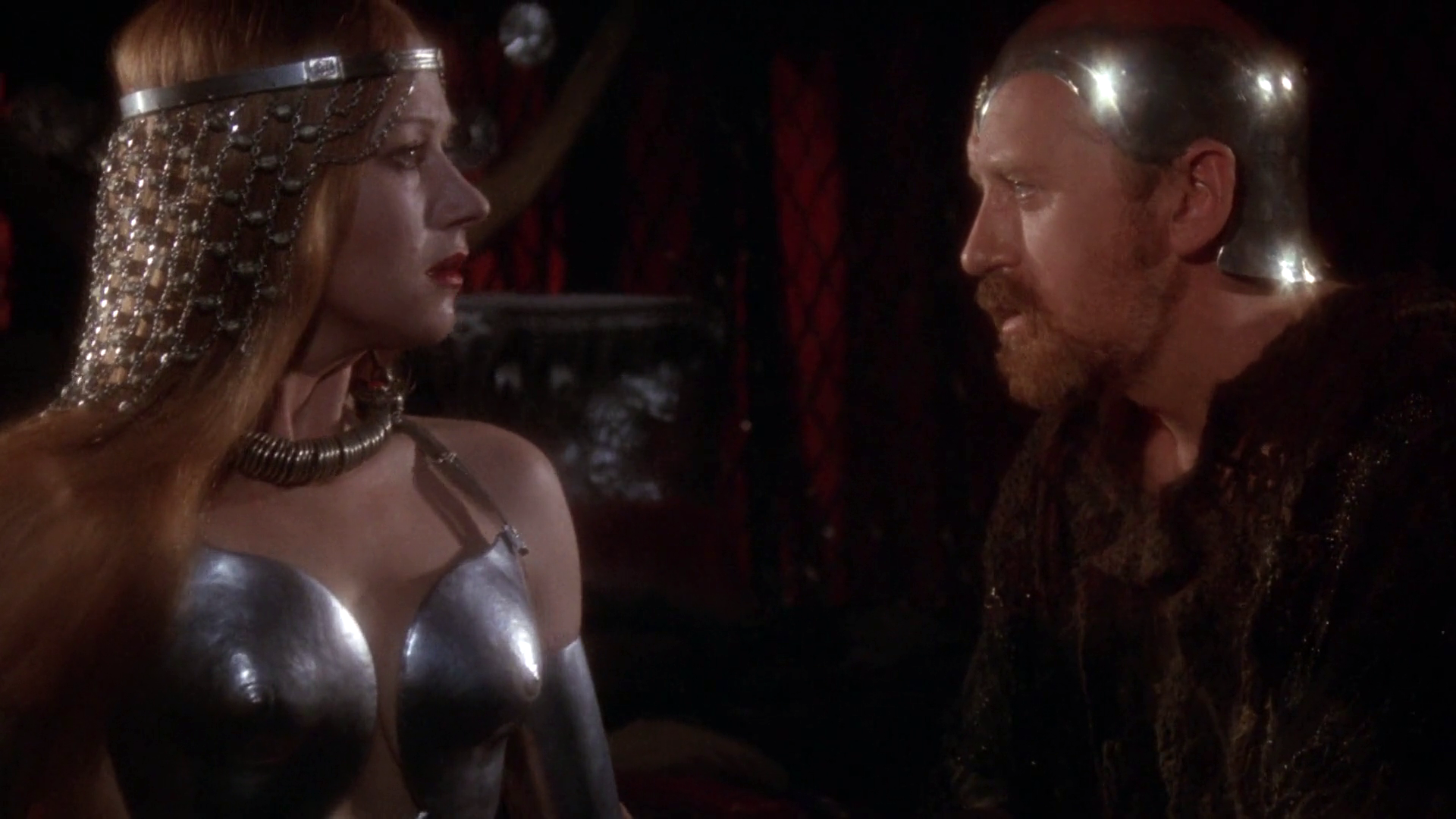 All are overshadowed, however, by Williamson’s delightful performance as the otherworldly Merlin. No chin-stroking sorcerer, Williamson imbues the character with a mixture of wry witticisms, unnerving unpredictability, paternalism and a resigned sadness for a changing world that is slowly turning its back on the pagan gods of old to make way for the rise of Christianity.

Williamson’s scenes with the wonderfully over-the-top Mirren are particularly enjoyable; the characters’ antagonism towards each other was reflected in real life following a troubled production of Macbeth some years earlier.

Excalibur is far from perfect. Its treatment of female characters is crude (Mirren wears a costume that’s akin to what Carrie Fisher wears while chained to Jabba the Hutt in Return of the Jedi, while the less said about the scene involving a convulsing Igraine dancing for a leering group of knights the better) and the Holy Grail section in the final act loses its way badly. The decision to give numerous scenes a soft focus was also presumably made to lend the film a certain timelessness, but has only the opposite effect.

In spite of its occasional flaws, there’s nothing out there quite like Excalibur, and for that reason alone it deserves to be celebrated.