The attention to detail attained by Christopher Guest in his finest works is absolute. One of the many high watermarks of his career, the 2000 dog show satire Best In Show, looks and feels authentic in every frame. But more than that, underneath the wonderful comedy, it also looks and feels authentic in each and every human gesture. Guest perfectly captures the highs and lows, the joy and angst of competition through the film’s design and the behaviour of the characters. 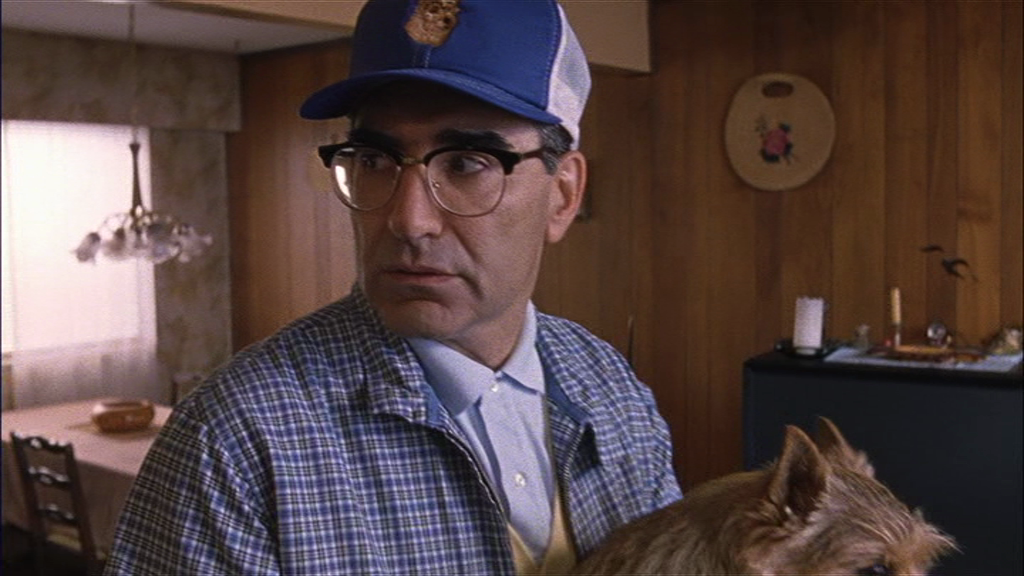 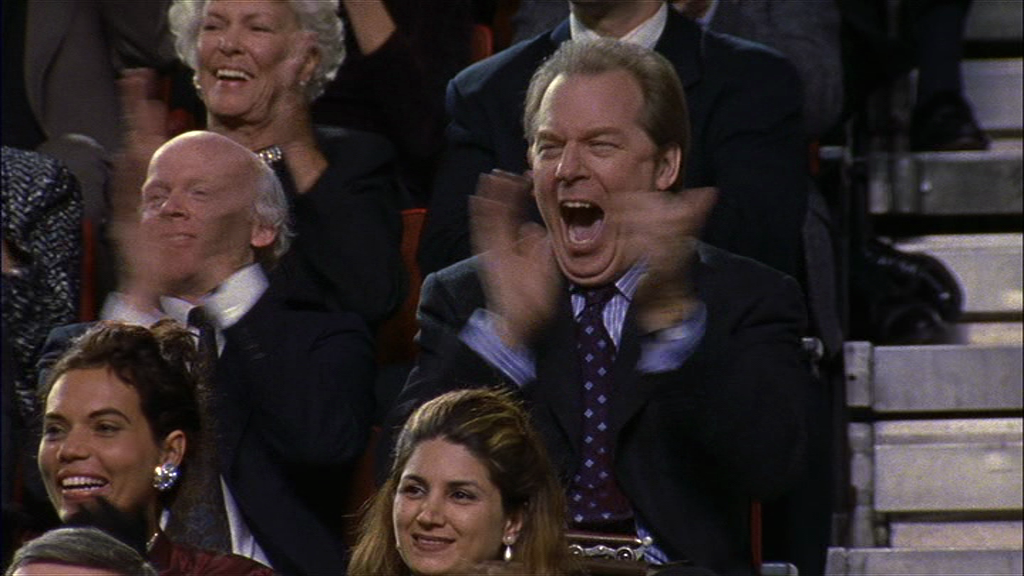 These characters inhabit a strange world that is clearly heightened but simultaneously resonates through how it captures recognisable human nature. The world of competitive dog shows acts as a framing device for this study, allowing for great comic and dramatic potential, but it’s a world that, although satirised, is never exploited or humiliated. There is as much human tension and angst in the jealousy felt by Eugene Levy’s Gerry, before his ultimate triumph, as there is love and dedication in Michael McKean’s adoring Stefan. 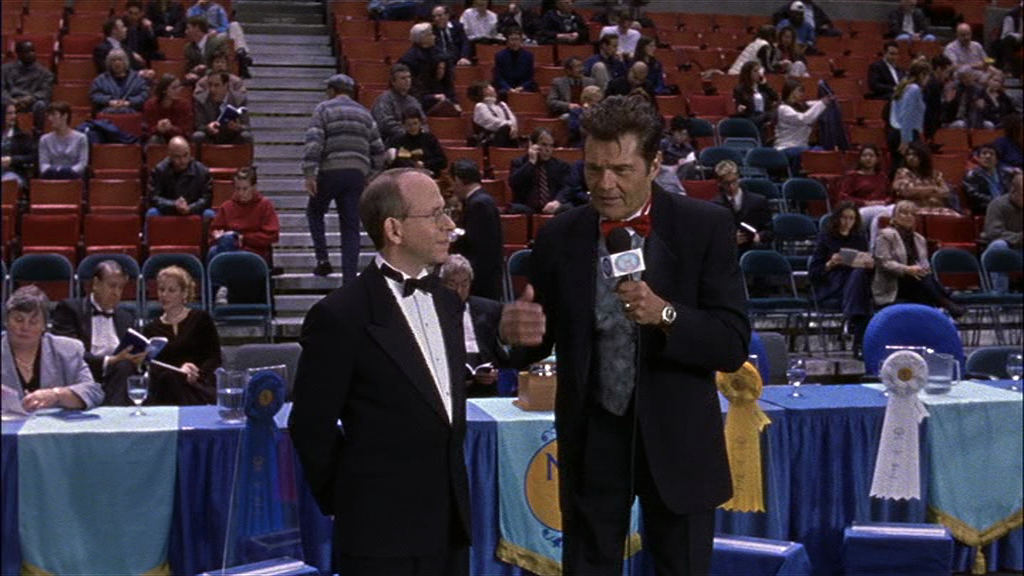 The film balances these moments of character emotion with sublime sequences that capture the pageantry and bombast of the competition. Guest’s research is impeccable regarding how he uses Fred Willard’s ridiculous commentator physically in the frame on occasion and how the camera follows the show’s participants, organisers and benefactors. The film tracks participants at home, backstage, in competition and as per this frame, in the middle of the arena in a break in the competition. There’s a robust thoroughness that makes the film feel like an authentic media representation of the world it’s lovingly sending up.

What elevates the film beyond mere document is the subtle humour delivered by the performers, highlighting quirk and absurdity without ever veering into cruelty, and also the subtle barbs in Guest’s direction. Each character is given both given moments of ridiculousness and moments of humanity. Guest understands the paradoxical absurdity and normality of making a film about competitive dog show culture in an age of TV shows and documentaries about anything and everything. Some of the participants never feel completely comfortable in front of the camera, understanding the absurdity but trying to play along. Guest never wallows in the negative or the absurd, preferring instead to give the main ensemble the chance to be honest as well as hilarious. 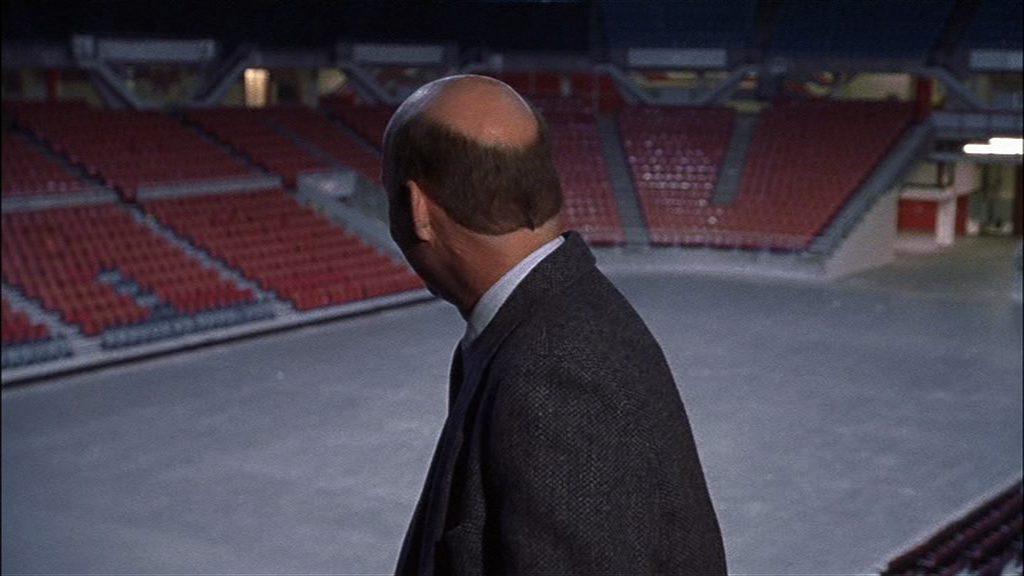 This approach to the film’s world is summed up in the organiser of the Mayflower show that forms the centerpiece of the film, Graham Chissolm (played by Don Lake), trying to convey what the atmosphere of the full venue will be like, in front of an empty venue. Despite the visual absurdity, this shot avoids feeling like a blooper because of the camera’s trust in the performer. It waits for the performer to reveal the layers of humour and awkwardness in the character, always positive that they are there and will emerge. The result is a big laugh, and one that resonates because it feels like something we’ve all seen or will see at some point in our lives. In a film, on TV or at a dog show.