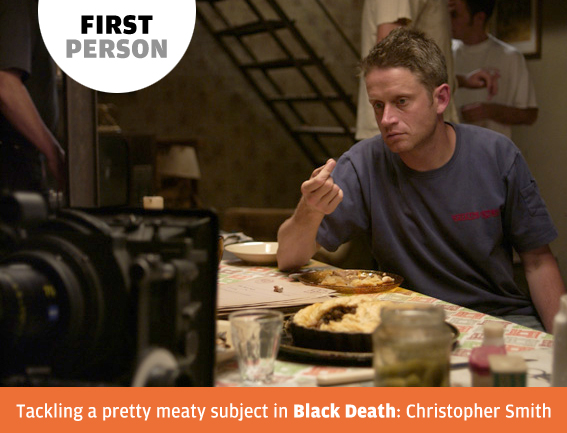 Bristol-born director Christopher Smith returned to his alma mater this week to talk to current students about his career since graduating and to offer a sneaky peak at his new film Black Death. Jez Conolly spoke to Christopher about his latest venture, as well as his last picture Triangle, released on DVD back in March, which involves a déjà vu looped narrative, pertinent to the theme of issue 8 of The Big Picture.

JC: Although Black Death is set in the past I sense you’re striving for parallels to the present in the themes the film is exploring. Is that fair to say?

CS: When I looked at the script I felt that many of the issues that seem so medieval are still very much relevant today; the idea of crusades, the idea of torture not going out of fashion. For me one of the scariest things you see today are these videos released showing the beheading of hostages, that’s the real horror of our time. The script looked at the questions of what radicalizes people, are people truly evil, at what moment do they turn left instead of right. Often people are presented as evil in the media. While their actions might be evil they have probably been on a long journey before they reach that point.

JC: This seems to be as a more ‘real’ story compared to some other recent historical movies – Solomon Kane, Season Of The Witch – have you deliberately gone for dirt-under-the-fingernails grittiness over perhaps more fantasy elements?

CS: Very much so. It plays on the idea of the way fear is sold. At the time of the Black Death people thought that the plague had either been sent by the Devil or by God to punish them for their sins. Eventually the congregation began to question what the Church was telling them. The Church began to lose control and the fear that it had used to control the people wore down and as a result some people turned towards the Devil and thought ‘maybe we’re better off with him’. So what you might regard as fantasy elements is really exploring this fear that there might be a devil. 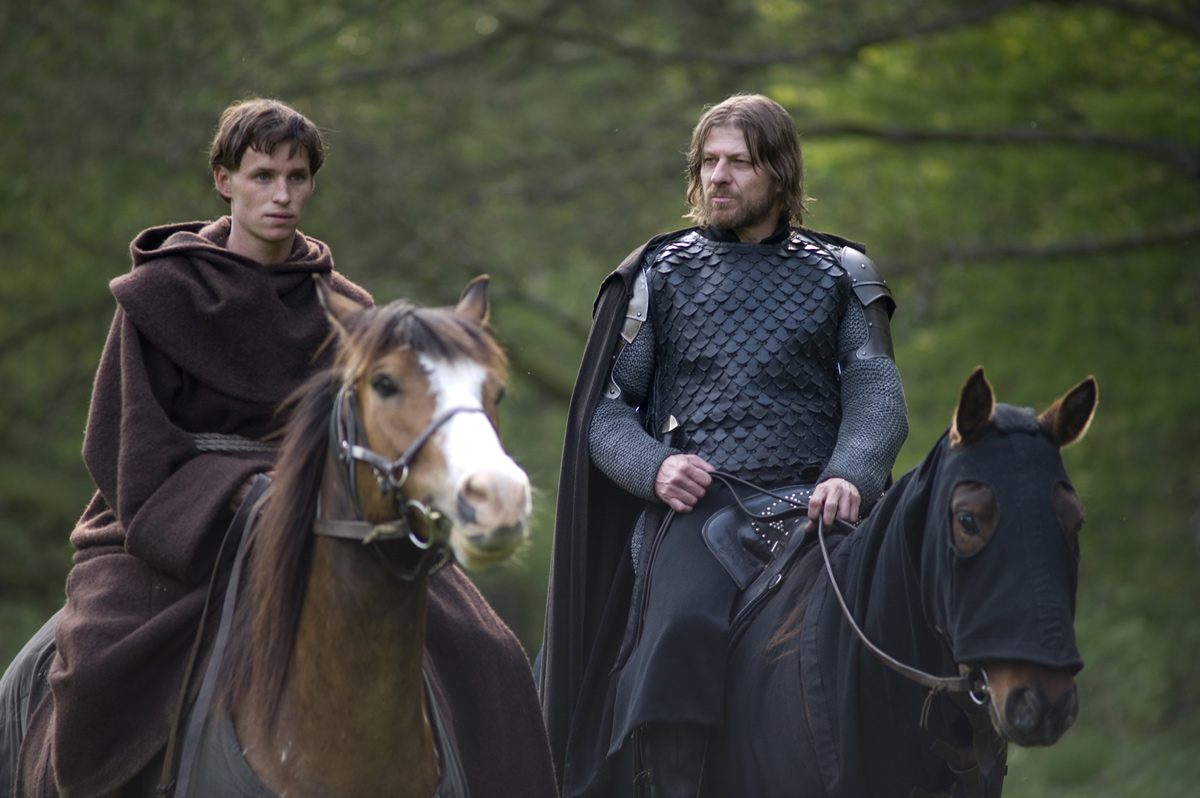 JC: It seems you’re focusing on a battle of wits between faith and instinct – were you mindful of presenting a balanced view of both in the film?

CS: One of the things that I’m most pleased with is that when you see the film, for a while at least, you don’t quite know who you’re with. You might find yourself thinking ‘hang on, these Pagans, they seem okay!’. I tried to not be disrespectful. Christianity is something of an easy target for ridicule and I didn’t want to be rude to religion but I did want people to find themselves asking ‘who’s the bad guy?’

JC: Were there any films in particular that you’d say were influential in your choice to direct Black Death?

CS: I would say The Name Of The Rose was a big influence and I’m also a huge fan of the Werner Herzog film Aguirre: Wrath Of God. The Press has picked up similarities to The Wicker Man but I didn’t really see that until I watched one scene featuring Tim McInerney where I thought ‘actually that is a bit like The Wicker Man!’. I suppose also there are tonal similarities to the Michael Reeves film Witchfinder General, certainly in the epilogue to my film.

JC: Triangle struck me as a film that you were very keen to make. Was it the story of Sisyphus that drew you in or previous films dealing in loop narratives?

CS: A film that really blew me away was Chris Marker’s La Jetée. I loved the idea of going back in time and seeing yourself. That film very much informed my writing of the first draft of the script. Then I discovered Dead Of Night, I caught a screening of it at the NFT. In Dead Of Night you get to see the déjà vu loop starting at the end of the film but only get to ponder the scenarios playing out again once the film is over. What I tried to do differently with Triangle was to include at the end many of the same scenes that you first see at the beginning and write them in such a way that when you see them again at the end they are imbued with a different meaning.  I found it quite difficult to write. In many ways it was an anti-film for me, my natural writing style is the irreverence of, say, Severance. That said I’m currently working on a script called Detour which is about a decision to kill and the possibility of going back and changing that decision. So clearly I’m a sucker for that kind of narrative. 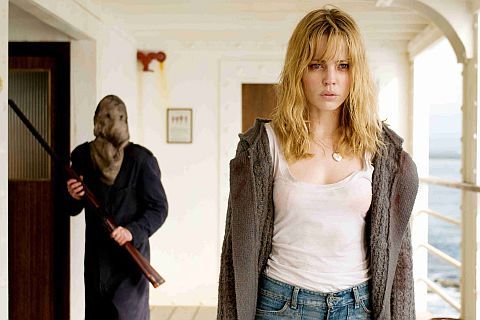 JC: Growing up, what films led you to want to be a filmmaker.

CS: It’s a bit corny but I’d have to say Star Wars. It was the first film which I came out shaking with excitement. I went to see it five times. I kept begging my mum to take me back to the cinema to see it again! It was also the first time I came away thinking ‘who’s the person that made that?’, not ‘who’s the person that’s in it?’ and eventually I decided that I wanted to be the sort of person who made films.

JC: What was the last film you saw that excited you?

CS: I would say Herzog’s Bad Lieutenant. I actually wrote my MA dissertation about Abel Ferrara’s original film. I love the way in both films the narrative is thrown into doubt at the end.

(With the kind assistance of Colin O’Neill, Film and Television Production Tutor at University of Bristol)