At once hyper-kinetic and hazily romantic, Chungking Express is the quintessential film about loneliness in the postmodern metropolis. Set in contemporary Hong Kong, it’s about characters who brush against one another throughout the daily rush of life, but struggle to connect.

Even the voice overs are used not for narrative purposes, but to express the loneliness. “All the characters are basically lonely people,” the director says in the book WKW: The Cinema of Wong Kar Wai, “but being alone doesn’t necessarily mean they are sad. I would say the characters are more living in their own world than being isolated. And they are having fun with themselves.” The film indeed has an optimistic tone while managing to portray a very relatable story and show the real struggle of our modern-day society: communicating and connecting with one another. 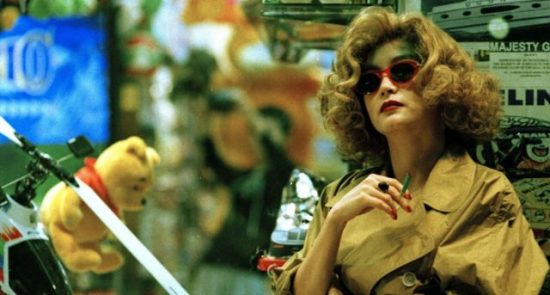 Wong Kar-wai went out in the streets to shoot, and he and cinematographer Christopher Doyle shot without permits around Lan Kwai Fong and Kowloon. There is a sense of improvisation and spontaneity throughout the entire film, which became hugely influential after its release: the camerawork not only underlines the fleeting nature of human relationships, but creates a trendsetting vision of the city in motion on the eve of the 1997 handover, with Hong Kong and its inhabitants hurtling towards an uncertain future.

Chungking Express comprises two separate but loosely interconnected stories, opening with Brigitte Lin putting on a blonde wig on Nathan Road. She appears in the first story, a neon-lit world of convenience stores, nightclubs and food stands, a world entangled in the tropes of gangster dramas. “We got the days and nights of 1994 Hong Kong on celluloid”, director Wong Kar-wai recalls. 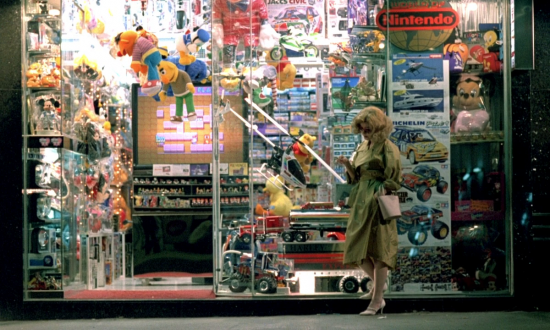 Brigitte, her generation’s biggest star, plays a retired actress, à la Sunset Boulevard, only the viewer does not know it, and that’s the idea. She was getting married and it was going to be her last film, so Kar-wai imagined her going out at night and playing different roles. “One night it’s A Streetcar Named Desire. The next night will be Gloria.” Brigitte Lin’s role in the film is that of a smuggler who is trying to escape the fallout of a bad deal and take revenge on the man who set her up. But that was in fact her character’s own fantasy, pretending to be somebody else.

Lin’s mysterious unnamed character dressed in a raincoat (not the only element referencing film noir iconography), a blonde wig, red sunglasses and Manolo Blahnik shoe is definitely Wong Kar-wai’s tribute to John Cassavetes’ Gloria. Even the way she deals with all the Indian extras with no acting experience reminded me of Gloria’s toughness: Gloria means business, and she is not afraid to show it.

Gloria also loves clothes. She cares about them. They are perhaps about the only thing she cares about. She suddenly finds herself on the run, but she takes her clothes and heels along. She doesn’t seem out of place in them running from the mob on the gritty streets of 1980s New York, those non-glamorised, non-touristy parts of the city deliberately picked by John Cassavetes to avoid the “Woody Allen movie” feeling.

In one scene, Brigitte had to run, with all those extras chasing her around. And she wanted to wear sneakers. But William Chang, the costume designer, said, “You have to run in your Manolo Blahniks – it looks different.” So she did it. And it looks right. She’s in character. 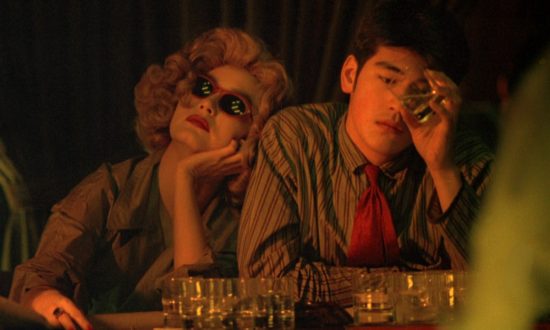 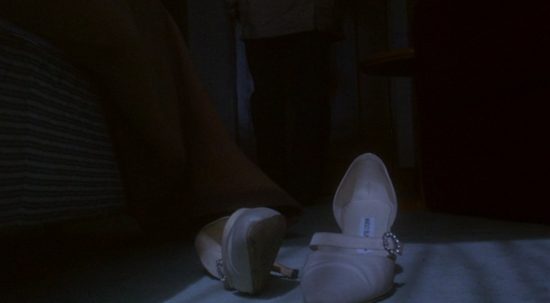