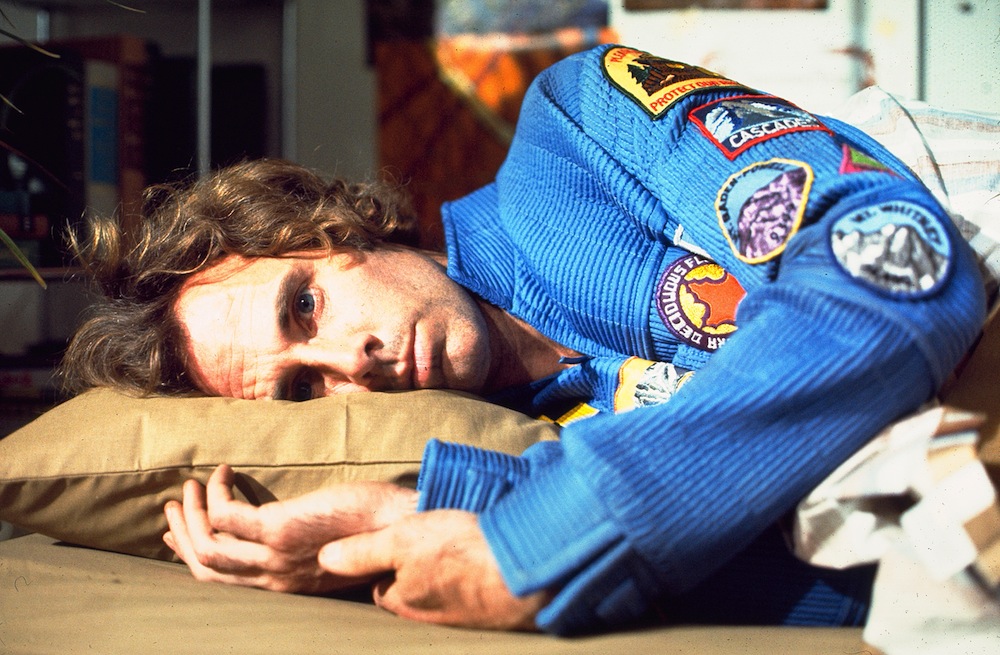 Coming soon after his work as special effects supervisor on 2001: A Space Odyssey (1968), Douglas Trumbull’s Silent Running is his own take on the same space-bound genre. While it has its fans among sci-fi circles, the film was criticised by many for the blunt sentimentality of its story and ecological message. It never achieved great mainstream acclaim and so is often forgotten today – perhaps more than it deserves to be.

The central idea behind Silent Running is, indeed, politically motivated. With the Earth literally deflowered by years of war, the last forests in existence float through the cosmos in bio-domes atop colossal space freighters. When the order comes to abandon the mission, blow up the forests, and return home, eco-activist astronaut Freeman Lowell (Bruce Dern) chooses to disobey this and take his ship on the run.

Though this is a nice concept for a politically relevant and dramatically powerful piece of science fiction, the overwrought presentation, epitomised by the over-sentimental Joan Baez vocals that accompany the score, didn’t earn it much respect at the time. The film was too far ahead of the public consciousness. However in our current, more eco-aware day, when we’re constantly reminded we’re on the tipping point of global warming, the message is more potent than ever. Reminiscent of TV footage of rainforests being destroyed and of polar bears stranded by melting ice sheets, this idea of ecological apocalypse has more chance at pulling at the heartstrings of today’s viewer, making it possible to overlook the more laughable moments and root for Lowell as he flies the forest off into the great unknown.

It’s possible, but not always easy. What does make it harder to root for Lowell is that the first act of the script is sorely lacking. The interaction between the four astronauts at the beginning is clunky, as Lowell’s colleagues don’t have much personality. All they want is to go home, and Lowell doesn’t have much to say aside from his unabashed preaching. Even more unfortunate is the route Silent Running takes to get Lowell to his isolated state – he has to murder his fellow astronauts. It does seem that the filmmakers didn’t want him to have to do this, as it doesn’t fit with the heroic and intelligent character the film needs, but there was no other way to set the scene, and this dodgy solution casts an unneeded dark shadow over the character for the rest of the film.

Nevertheless, Lowell starts to feel more human when he repents and breaks down as his victim’s body is buried. As he drifts off into the isolation of space, he grows into a character easier to connect to than anyone in the colder, machine-focused 2001. By the end of the film, it’s hard to suppress sadness at Lowell’s fate.

Trumbull may have been the pioneer behind the effects of 2001, but this doesn’t mean Silent Running isn’t visually dated. Look at the costumes, which make the crew look more like Formula 1 drivers than astronauts and, cute as they are, the ship’s hobbling drones. In other areas, the director’s visual skill does shine through. From the space fleet to the rings of Saturn, his special effects talent has clearly developed since 2001. The lonely forest floating through space is a brilliant set, populated by snails, rabbits, and squirrels, unaware of their importance, and hauntingly evocative of the dangers of ecological disaster. The opening shot, a beautiful shot which sets the tone for the film, shows off the flora and fauna in close-up, before tracking out to reveal the geodesic dome and finally the entire fleet of these ships.

And, while the costumes may have dated, the message certainly hasn’t. Silent Running is far from perfect, but it’s a noteworthy, entertaining, and ever-relevant attempt at eco sci-fi that’s certainly worth another look as the world’s forests are faced with far more real dangers.