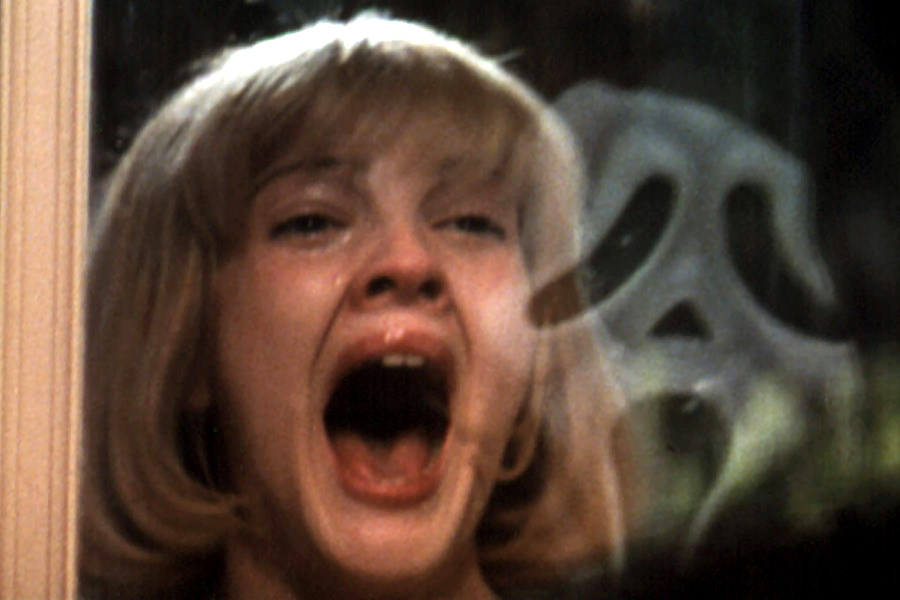 Wes Craven is dead. The man who breathed life into Freddy Krueger, one of the big screen’s most terrifying killers, and rejuvenated the slasher genre with his Scream franchise, has finally gone to meet his own maker.

It was with the original Scream, released in 1996, that Craven would introduce a self-referential tone that not only helped his film to stand out from the crowded slasher market, but also injected a necessary dose of originality into a genre seemingly on its last legs.

As with most successful films of its ilk, however, Scream needed a central character to act as a repository for the viewers’ fears and, better still, an object by which this character could be defined. If A Nightmare on Elm Street’s Freddy Krueger is only fully realised in our minds by use of his bladed glove, then Scream’s killer would be so much less without his Ghostface mask.

The fact that the mask had already been widely distributed and sold as part of a Halloween costume for a few years prior, allowing the film’s producer Marianne Maddalena to stumble across it while scouting locations, makes the use of it all the more effective. Its ordinariness as a costume cleverly underpins the multiple killer aspect present across the film franchise. While the person underneath may change, both the voice (by Roger Jackson) and appearance remain consistent. By the time of the film’s release, the costume had already been worn by a plethora of devilish trick-or-treaters so was somewhat recognisable – but once Drew Barrymore succumbs to her grisly fate in the opening few minutes of the film, Ghostface was well on the way to becoming the newest slasher icon.

An early assertion that the mask’s contorted face was inspired by Edvard Munch’s ‘The Scream’ has since been debunked by designer Brigitte Sleiertin-Linden, who says that her early sketches were more an homage to the rubbery faces seen in early Max Fleischer cartoons such as Betty Boop –themselves inspired by the ghosts from older 1930s black-and-white cartoons.

This intriguing backstory would help Ghostface to sit alongside other creepy slasher incarnations that invert the associations of kid-friendly toys to give us a very particular kind of heeby-jeebies, such as Child Play’s Chucky or Poltergeist’s killer clown. Ghostface also reflects the victim’s own sense of terror – a face frozen in fear at the moment of grim realisation and a silent echo to mirror the piercing screams of the pursued.

It’s testament to the iconic status of Ghostface that when MTV announced they wouldn’t be using the mask in their TV reboot, an online furore erupted which suggested a Scream series without Ghostface would be like a Halloween update without Michael Myers. When hearing of MTV’s plans to ditch Ghostface, Wes Craven was candid on his views that even minor changes to a proven formula can be devastating and that they shouldn’t “mess with something so perfect”.

If I were MTV I’d heed his words – now echoing from beyond the grave – as Wes Craven is not someone you want haunting your dreams, or your nightmares.

One reply on “Screengem: The Ghostface Mask in Scream (Wes Craven, 1996)”

I thought it was influenced by the Star Wars cantina alien shown in this picture, lower center… http://vignette3.wikia.nocookie.net/starwars/images/6/6f/Cantina_masks_MOSW.jpg/revision/latest?cb=20121029122924