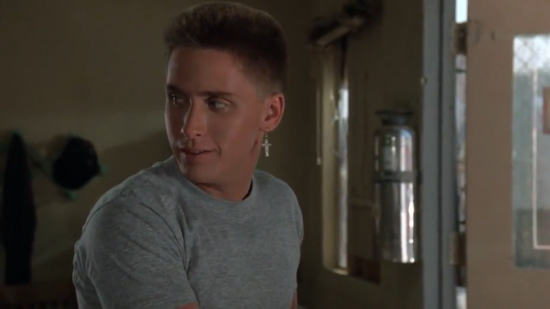 In Alex Cox’s directorial debut Repo Man (1984), Emilio Estevez’s character Otto Maddox muddies the traditional code of appropriate masculinity with his brazen take on counterculture sartorial expression. His swagger and screw the man credentials are made manifest by his solo earring, seen petulantly swaying from his left ear.

There is a nebulous sensuality to Estevez’s posturing, suspended as he is in a daring stance of permanent provocation. Otto fascinates us because his studied indifference is always tempered by a muted dose of aspirational yearning. He wants to make a statement against the dizzying conformity and brand name idol worship of his time but he lacks the charisma, ambition, or meaningful tools to do so. He settles instead on using his lone earring as a symbolic token of his misanthropic rough and tumble philosophy. Sure, he’s mosh pit approved, but he doesn’t possess the social or economic currency to drive actual change and so his attempt at resistance is displaced into a singular accessory. 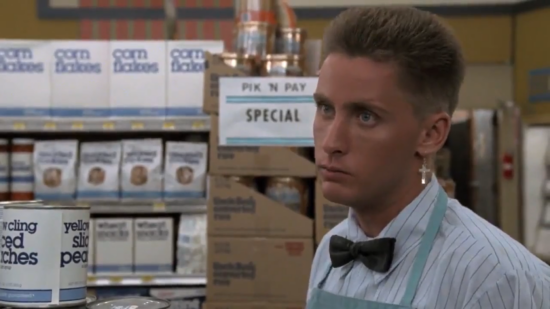 Repo Man itself is a conduit for the different currents pulsating through urban America in the early 80s: the dawn of neoliberalism and the stultifying effect of compassionless capitalism, the numbing clarion call of consumerism, and the concomitant discontent finding form in the punk rock street culture of Otto’s generational peers. The punk rock scene of early 80s Los Angeles was in many ways informed by the political climate and was conscious of itself as an organic and temperamental reaction to staid mass culture. Otto participates in the punk rock social scene, without ever fully penetrating it. His earring is a tenuous link to this affiliation, a visual trophy of sorts that tethers him to the counterculture and positions him as an outsider of the American mainstream.

Repo Man is unapologetically tongue in cheek, poking and prodding at the pretensions of both corporate brand slavery and the chauvinism of punks like Otto who fancy themselves more dialed in than the conformist masses. His earring is an aesthetic gag, a trinket that positions him within the suburban punk movement while simultaneously lampooning his arrogant belief that his involvement in this niche makes him superior to the status quo paper pushers of the world. 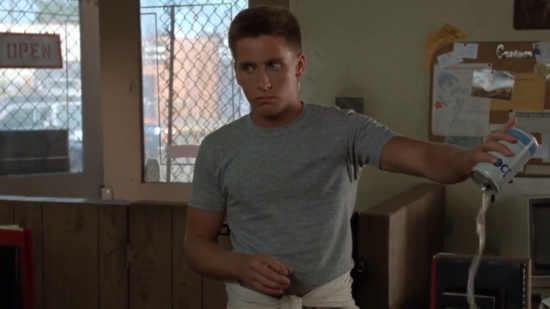