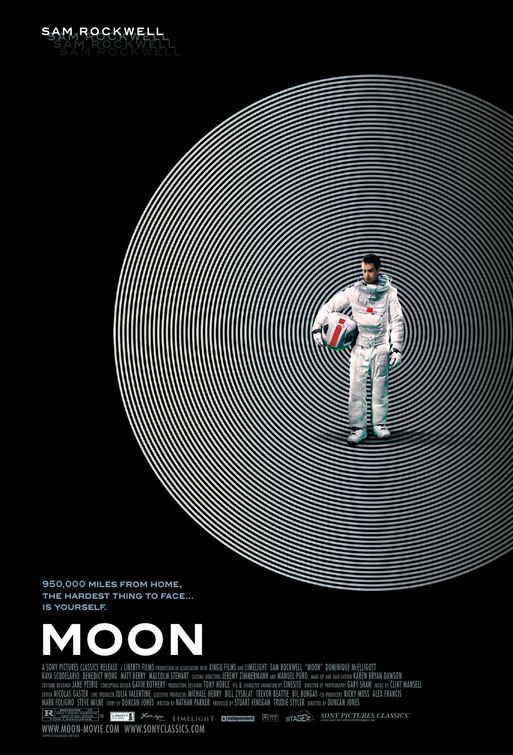 Traditionally seen as a vital part of any PR campaign, one sheet movie posters continue to have an affect on our decision making when it comes to choosing what films to see. Successful posters effectively act as conduits of the movies themes, tone and style and – like good book covers or cd sleeves – make an immediate and lasting impact. In the first of a regular web feature, we heap praise on a few favoured examples of posters for upcoming features… and lay into one duffer.

Poster by All City Media (above)

A poster full of visual clues – the powerful use of empty space, geometric type and moire pattern of the dominant circle all hint at an unsettling ride ahead for the audience. Many sci-fi movies in recent years have been laced with themes of isolation and angst – the vastness of space acting as the perfect canvas for small personal encounters and psychological second-guessing, and the strapline all but spells this out fo us. The poster’s subtle use of simple shapes helps to both create a sense of calm but also that of a looming danger – Sam Rockwell’s solitary name at the top left repeated but shadowed in gradient leading us to his rather befuddled form slap bang in the middle of a swirling (moon-shaped) optical illusion. Things just ain’t exactly right and we’re a long way from home.

I Can See You | Dir. Graham Resnick 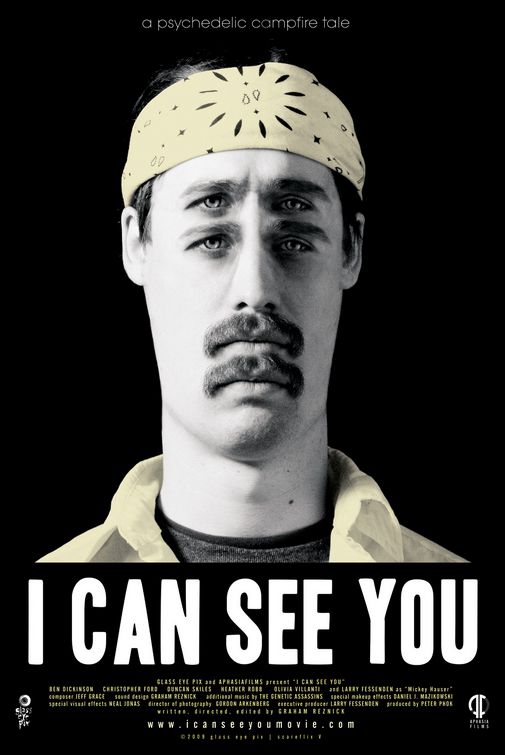 Another visual illusion, this time an unsettling double take that is just plain goofy. The no-nonsense, symmetrical placement of all the elements hints at an economy of film-making (low budget?) in favour of concept and idea over brash sensationalism. The gothic all caps, white on black text could place the film in the horror camp but the strapline of ‘a psychedelic campfire tale’ coupled with the hapless expression on our man’s face could have us guessing as to where exactly all this weirdness is taking us. Either way, it’s a bold use of muted photography with solid type that, at the very least, makes us curious. 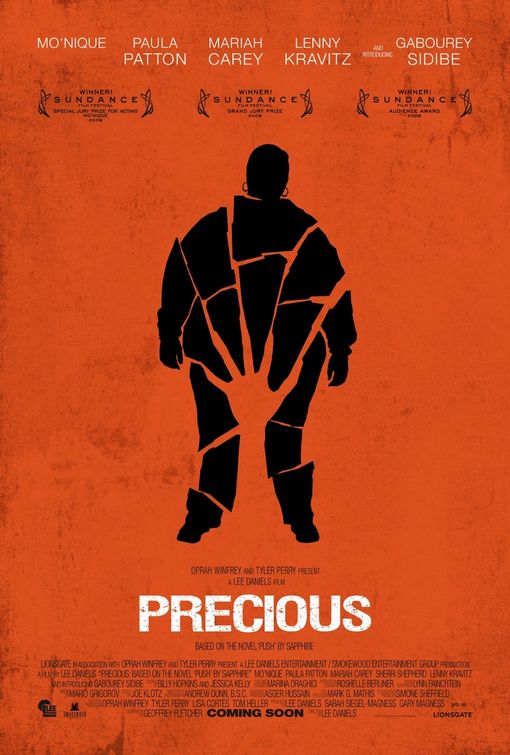 A fairly blatant ripoff of the iconic Saul Bass cut-n-paste style it may be, but this poster still manages to bring something new to the table. The shattered central figure contains two significant plotlines – one obvious the other less so. The central character suffers from physical abuse at the hands of her mother – which is shattering in itself, but Precious is also expecting her second baby at the tender age of 16 – something that fills her full of dread and highlights her own lack of self belief as a mother worthy of being loved. The negative space that creates the clawed hand in the centre of both the poster and the main fractured sillhouette perfectly nails what is at the heart of the story and sets the tone for what to expect the film to deliver. 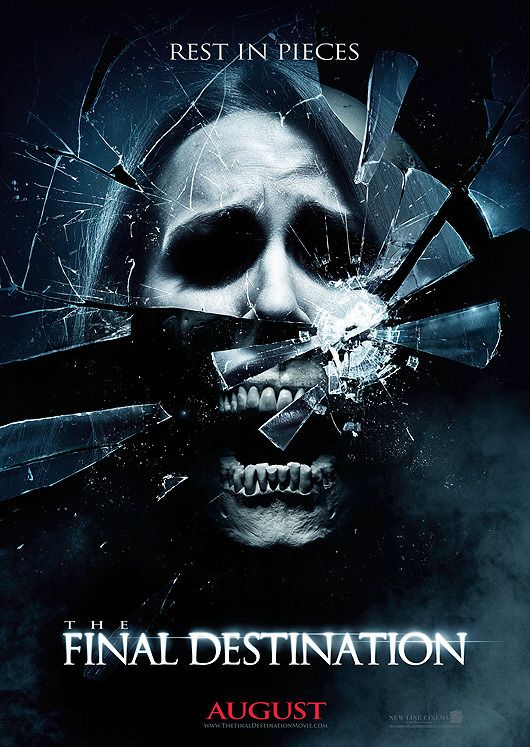 A tired retread of a horror franchise long past its sell by date, the poster uses cliched elements (skull, fractured glass, hollowed eyes, glassy typeface) to say not much at all. The lack of idea or originality no doubt perfectly compliments the ‘pay-cheque’ mentality of the suits behind horror-lite dross like this. If ‘Rest in pieces’ is the best they can come up with for a strapline, just imagine what scripted dynamite we can expect from the film itself. Best to pass up tickets to this destination.