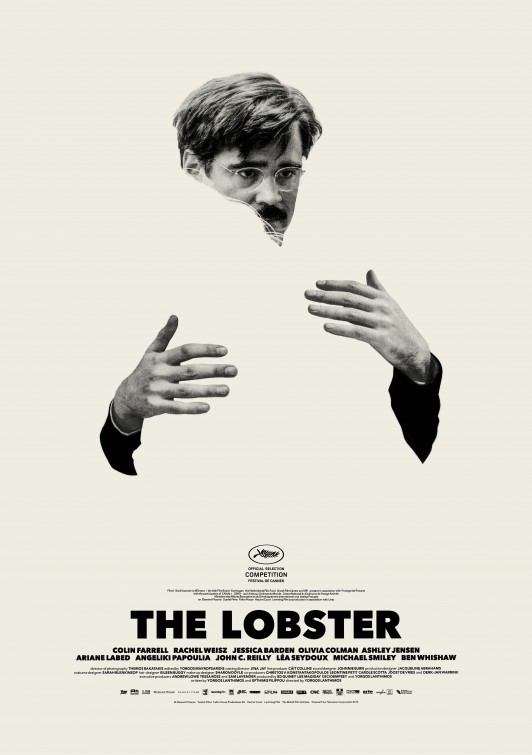 In their English-language debut The Lobster (2016), frequent collaborators Yorgos Lanthimos (director, co-writer) and Efthymis Filippou (co-writer) imagine two radically different, yet equally oppressive societies: an authoritarian government and its underground rebellion, both of which deprive their followers of true human connection. The alienation enforced by both systems is beautifully captured in Vasilis Marmatakis’ simple, arresting one-sheets. The two black-and-white images mirror one another, depicting a man and woman clutching their absent partners.

The man, David (Colin Farrell), is subjected to a dystopic government that sends single people to ‘The Hotel’, where they must find a proper mate, lest they be turned into an animal and released into the wild. The titular lobster is indeed what David will become if his time at The Hotel is fruitless. His task proves daunting, especially given that hotel management approves couples mostly according to superficial similarities (one couple is accepted because they both have frequent nosebleeds). 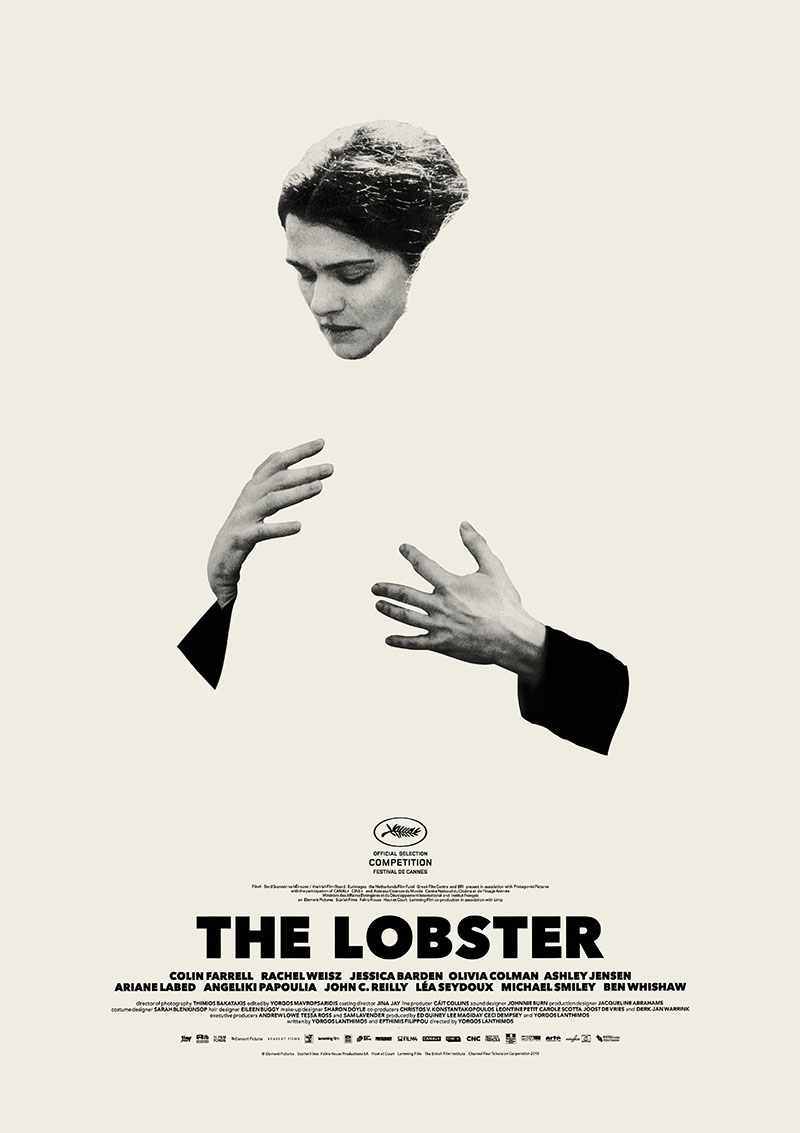 The woman, known only as ‘Short-Sighted Woman’ (Rachel Weisz), is subjected to an underground society of ‘Loners’. Living in the wild, these rebels enforce strict individualism. Romance, relationships, and sex are forbidden, and those who fail to live by this code must answer to the ‘Loner Leader’ (a stone-faced Léa Seydoux). Naturally, David and Short-Sighted Woman fall in love after the former flees the hotel and stumbles upon the rebels.

The posters’ mirror images illustrate these characters’ simultaneous isolation and intimacy. This relationship is reflected in the film itself. For example, the lovers develop a coded system of gestures in order to secretly communicate with one another when among the Loners. They are lonely, yet they are lonely together. The one-sheets’ minimalism (right down to the title’s block, all-caps lettering) perfectly captures this simple yet fundamental paradox.

David and Short-Sighted Woman’s solution to their predicament adds a new layer of complexity to the posters’ design. The protagonists are only able to be together after they are literally blinded and subsequently ostracized from both societies. Thus, if one were to design a third poster portraying their reunion, it would not be of the lovers finally embracing one another but of an empty, white space into which they have happily disappeared.