Buster Keaton’s 1926 masterpiece The General is one of the defining works of silent cinema, providing some of the greatest comedic moments ever committed to celluloid, while helping to forge the language of that most characteristically American genre, the Western.

Fittingly, this benchmark piece of cinema has also inspired a series of surpassingly beautiful designs from poster artists around the world. Alvan ‘Hap’ Hadley’s US poster for the film incorporates many of the key elements which mark out golden-era Hollywood film posters as distinct from more modern and European styles.

American posters produced at this time are notable for their compositional dynamism, stylised depictions of pivotal scenes, vibrant colours, bold typefaces and the prominence given to the names of leading stars and directors.

All of these elements are, in varying degrees, present in Hadley’s striking composition for Keaton’s ninth feature, but what makes this and other ‘Hap’ Hadley posters distinctive is the cartoonish characterisation of the leading protagonists, in this case Keaton and his co-star Marion Mack.

Hadley began his career producing propagandistic cartoon strips for the army, and the influence of his earlier occupation is evident here in the stars’ macrocephalic heads, the graphic linearity of form, the minimalistic design and the stark superficiality of the image.

The last of these qualities is significant when contrasting Hadley’s image with two posters for the film produced by his Russian contemporaries Vladimir and Georgii Stenberg in 1927. 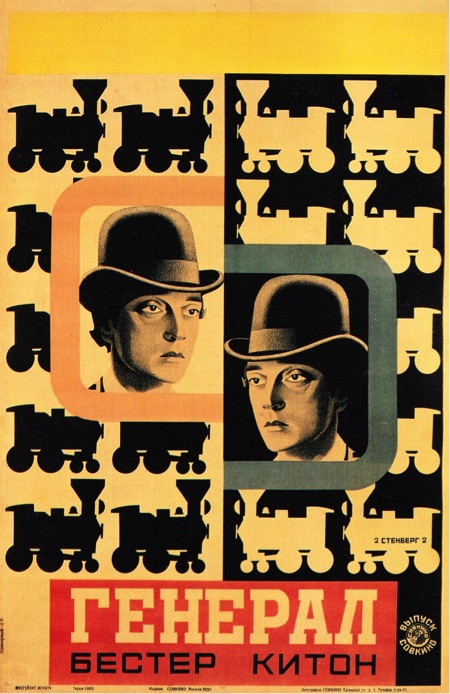 Where Hadley’s design is deliberately shallow in its thematic interpretation of the film, containing little by way of analysis, and concentrating entirely on the film’s comedic element, the Sternbergs’ images capture the psychology of dislocation which underlies Keaton’s humour. 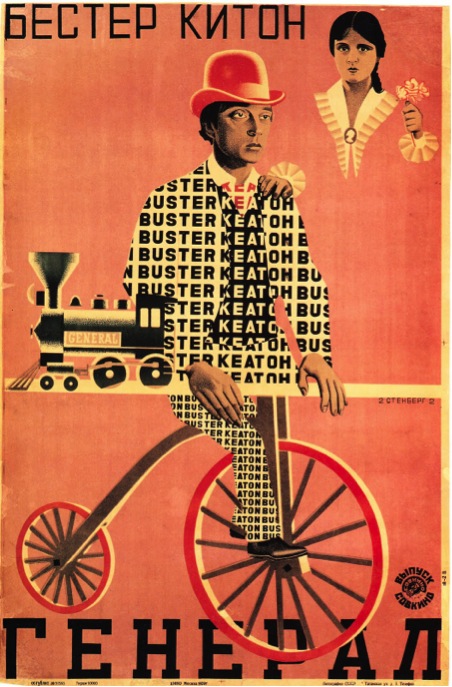 They possess an existential quality which is evocative of those other Busters who shadow the guileless clown of popular imagination; the romantic unfortunate, the melancholic trickster, the absurd harlequin, the blank-faced pierrot.

It is a measure of the rich, multifaceted nature of Keaton’s humour that The General could inspire such manifestly different imaginative responses to the same film; something that, regrettably, one might struggle to say about many of today’s Hollywood offerings.