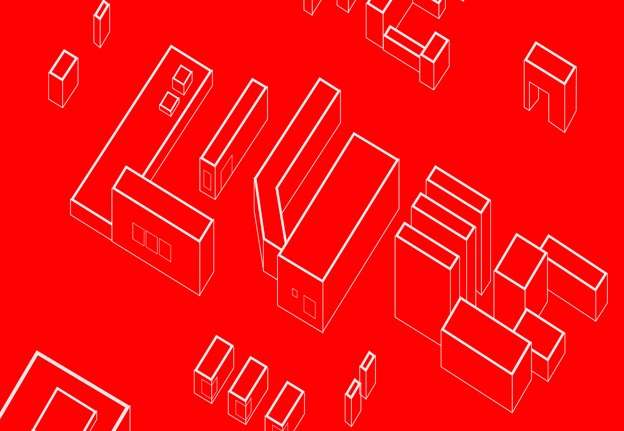 Following on from their successful Redrawn show back in August – whereby illustrators were invited to reinterperet a selection of posters in their own style – AllCity Media, film poster designers extraordinnaire, once again asked a host of very talented creatives to produce a poster for their show entitled AllCity Retyped.   The show, which took place at their London based studio last month, was yet another indication of Allcity’s unique business approach that isn’t simply about working for clients, but also about engaging with a wide community of illustrators and designers to produce unique, one-off pieces of art.   A browse around AllCity’s website will demonstrate the importance that they place on both using and creating bespoke typography to suit the needs of a particular brief. Not content to use ‘off the shelf’ fonts when something a little more unique is required seems to ignite their creative process and occasionally collaborate with specialist type designers capable of bringing their art direction to life. A notable recent example being Alex Trochu’s type treatment for Benda Bilili.   Creative director Charlie Loft had this to say about the resulting Retyped exhibition: ‘We did this to showcase the creative talent that AllCity enjoy working with and also to show how you can capture the essence of a subject using different mediums as film posters don’t always need to be about an image.’   ‘Our typographers were asked to pick a film from our portfolio of work and re-imagine it and produce a poster symbolising how type can be used to describe that particular film.  The poster didn’t have to be wholly typographical or lead with the film’s title, but it had to be type-lead. It had to ‘be’ the film from their unique perspective.’   Below are three posters from the show with a brief dexcription of the process supplied by the artist.

Ben Wiseman The Lives of Others 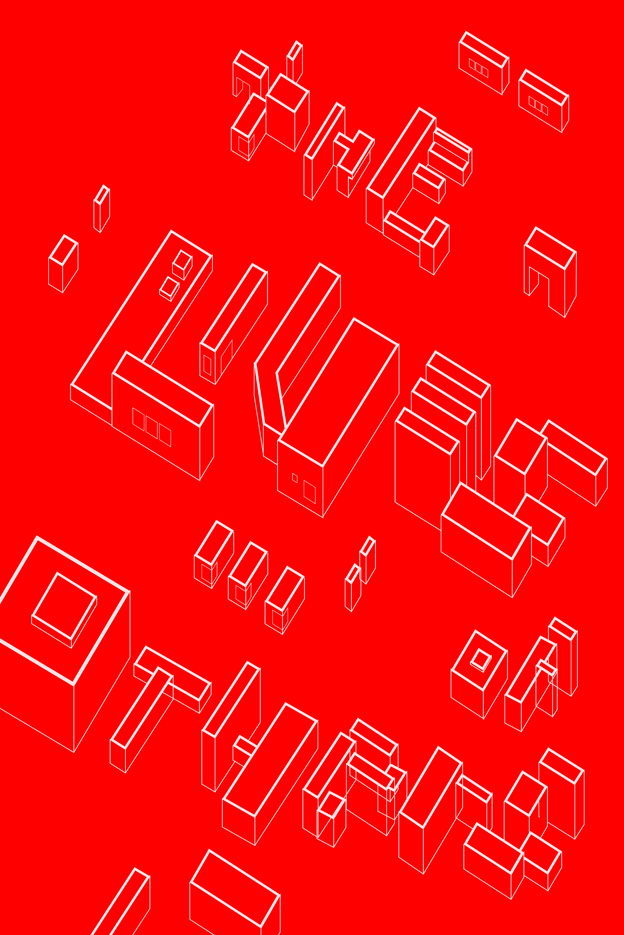 ‘There’s a scene in The Lives of Others where the secret agent Weisler sketches a floor plan of Georg’s apartment in white chalk. This got me thinking of architecture and the spaces in which the characters live. I wanted the typography to become the landscape, to illustrate the public and private, shared and secret.’ 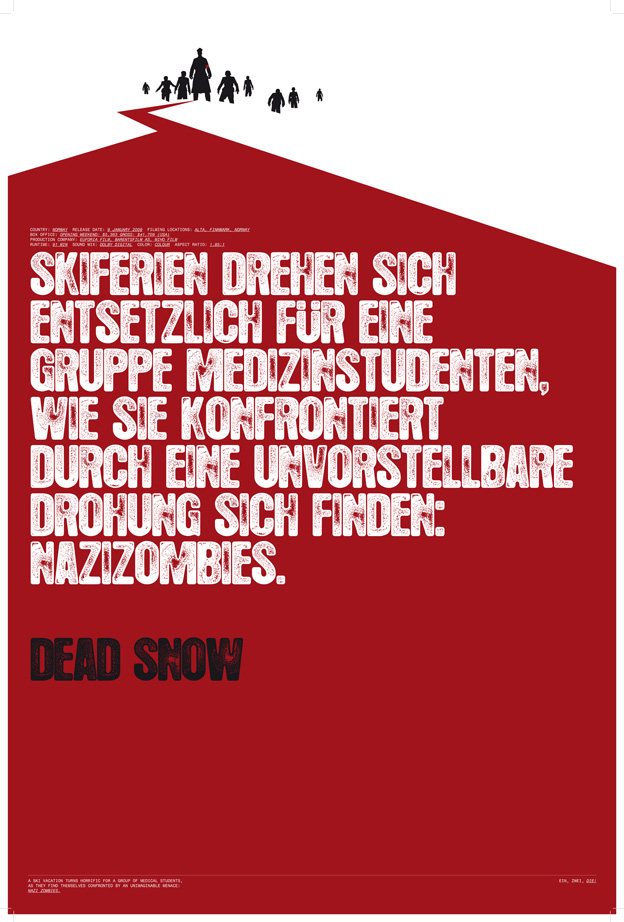 ‘A German translation of the synopsis has been used to communicate the essence of the film. This helps to deliver the textural nature of the type (instead of just reading it) while referring to the Nazi aspect of the film. The typography is set within a graphic river of blood juxtaposed against the pristene white (of snow). Additional film spec has been added to bring a sense of detail and contrast.’ 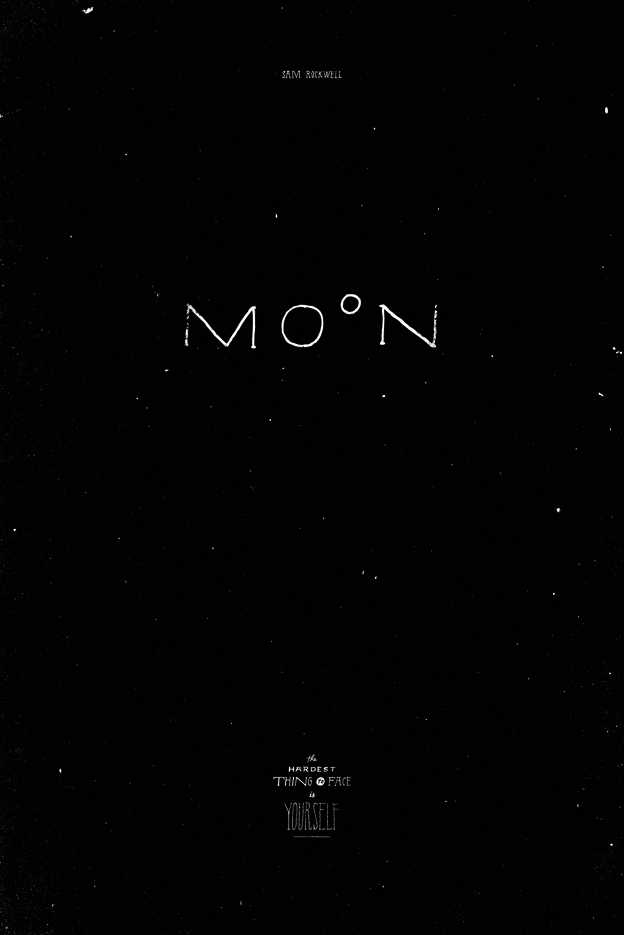 ‘The essence of Moon is hinged on living within your own mind in a desolate time and place. It’s claustrophobia on a massive scale. Isolation in every sense of the word.’