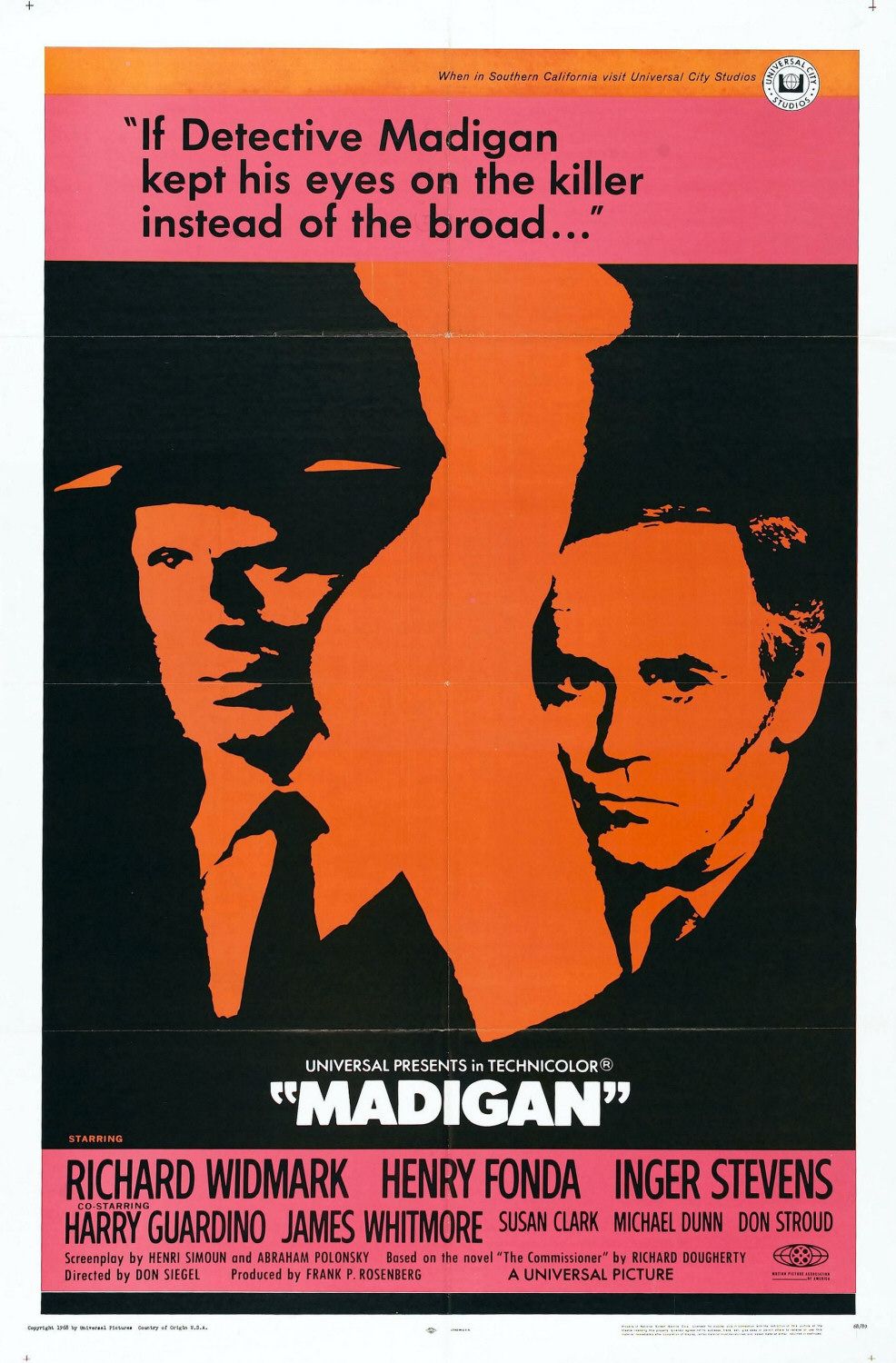 “I needed a drink, I needed a lot of life insurance, I needed a vacation, I needed a home in the country. What I had was a coat, a hat and a gun. I put them on and went out of the room.” – Philip Marlowe, Farewell My Lovely

Coat, hat, gun. The guts of crime noir. Plots may change, but there’ll always be these things. And broads, of course. It’s all here in Don Siegel’s 1968 crime thriller Madigan.

In a botched assignment, police detective Dan Madigan (Richard Widmark) and his partner lose both their guns and a wanted criminal. The new Police Commissioner (Henry Fonda) isn’t too happy about this, so orders them to get the guns – and the convict – back within 72 hours. All the while, Madigan is struggling with his socially and sexually frustrated wife, the departure of his mistress and police brutality accusations. He’s a busy guy.

These key plot elements are right here in the 1968 theatrical poster. There are the two police partners, their stern, serious faces flanking a faceless female silhouette. If you’re thinking that touch is a little misogynistic, then you’re right – it’s definitely a film ‘of its time’, and the poster reflects this. I guess you could call the female characters faceless. They’re all bland, beautiful broads getting in the way of real men’s work. Look, it even has it in the tag line: “If Detective Madigan kept his eyes on the killer instead of the broad…”

Madigan is a ‘60s man’s world, and the poster perfectly captures this. Aesthetically, it’s a classic late pulp screen print, in the red and black colourway characteristic of ‘60s noir and horror poster designs. Stylistically, it mimics the iconic Saul Bass creations (Psycho, Anatomy of a Murder), and despite its bland typography, is an excellent example of a ‘60s pulp artwork – and an excellent lead-in to the film, with everything you need to know: coats, hats, guns… and broads.

Madigan is out now on DVD via Screenbound Entertainment.