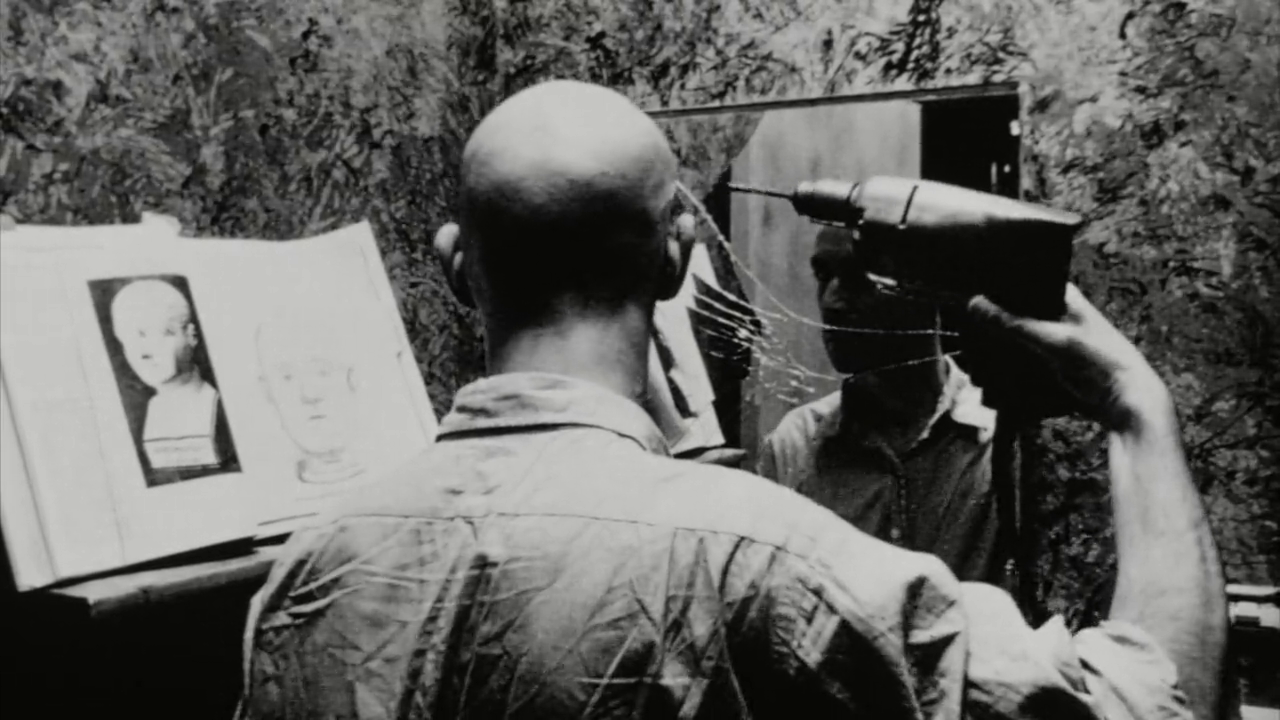 It’s a trait that has remained constant throughout much of his career, but the dangerous consequences of obsession were never more strikingly explored than in Darren Aronofsky’s distinctive debut.

The high contrast provided by the jarring black and white reversal film stock on which Aronofsky filmed Pi (1998) is emblematic of the madness/genius see-saw its gifted young mathematician Max Cohen (Sean Gullette) rides as he becomes progressively more consumed with finding a numerical pattern that unlocks the door to life, the universe and everything.

As Max himself states: “One – mathematics is the language of nature. Two – everything around us can be represented and understood through numbers. Three – if you graph the numbers though any system, patterns emerge. Therefore, there are patterns everywhere in nature.” 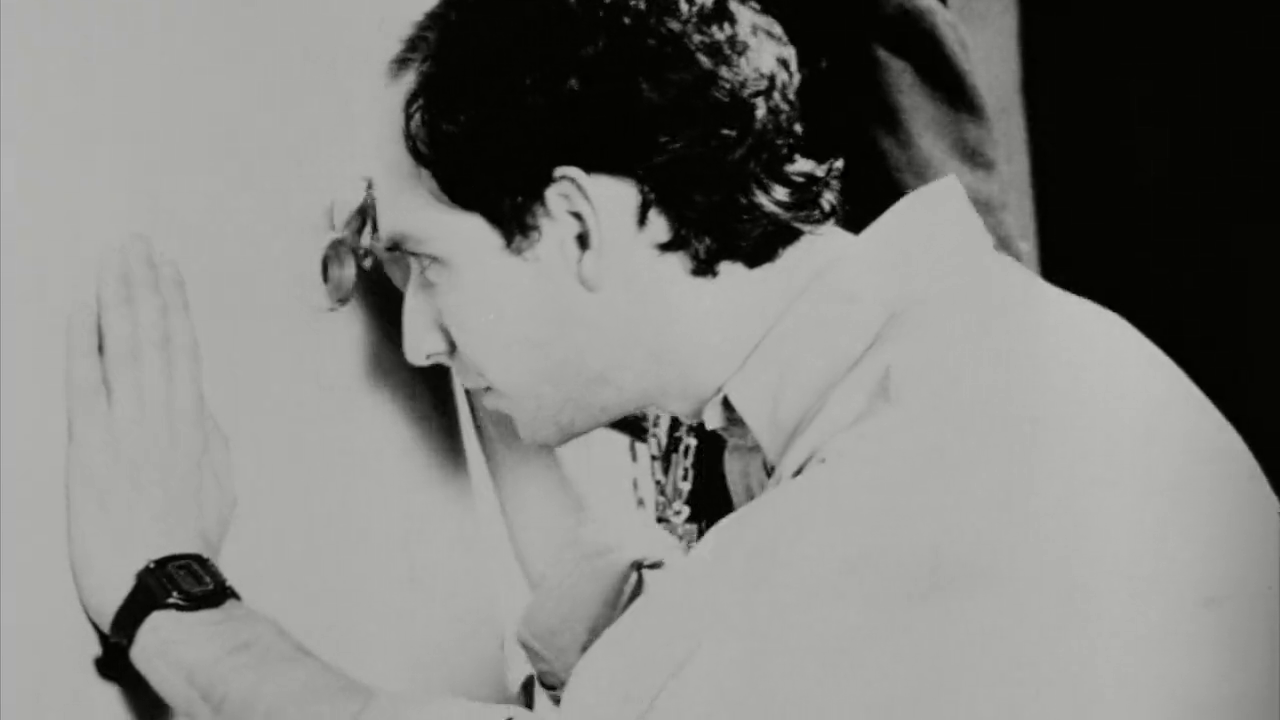 Shot through Max’s POV or in tight close up (occasionally through the disarming use of steadicam), we see the world through his repressed and paranoid perspective. He lives in a cramped apartment swallowed up by a vast computer system he’s built to reveal the pattern that exists behind the numbers of the New York Stock Exchange.

Despite keeping human contact to a bare minimum – his only acquaintance is former maths teacher Sol (Mark Margolis) – he attracts the unwanted attention of a Wall Street analysis firm keen to exploit him, as well as Lenny, part of a radical group of Hasidic Jews that believe Max is the vessel needed to reveal the 216-digit string of numbers hidden within the Torah that imparts the true name of God.

The conspiracy theories, mysticism and high level maths may make for a good thriller and fed the pre-millennial angst that was rife at the time of the film’s release, but Pi is at its strongest as an unnerving psychological horror of one man’s descent into the very spiral he believes represents the pattern to end all patterns. 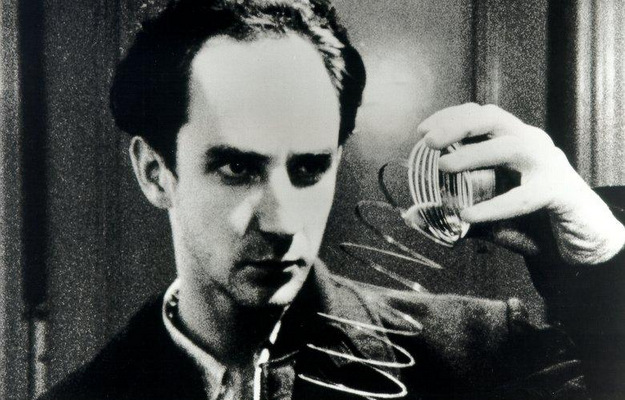 Clint Mansell’s aggressive electro score, in turns intriguing and nightmarish, is the perfect soundtrack to the chaos that plays out in Max’s mind, most discordantly during the increasingly debilitating headaches he experiences.

Aronofsky takes a number of visual cues from the industrial horrors of David Lynch’s Eraserhead (1977), while the nod to Japanese cyberpunk classic Tetsuo: The Iron Man (1989) can be seen in Max’s search for the soul in the machine.

The director’s doffing of the cap to Twilight Zone creator Rod Serling as “the patron saint of the movie” also makes sense when considering how that TV show’s penchant for the cautionary tale fits neatly alongside the numerous references Max makes to Icarus, the tragic figure from Greek mythology who ignored the warnings and flew too close to the sun. 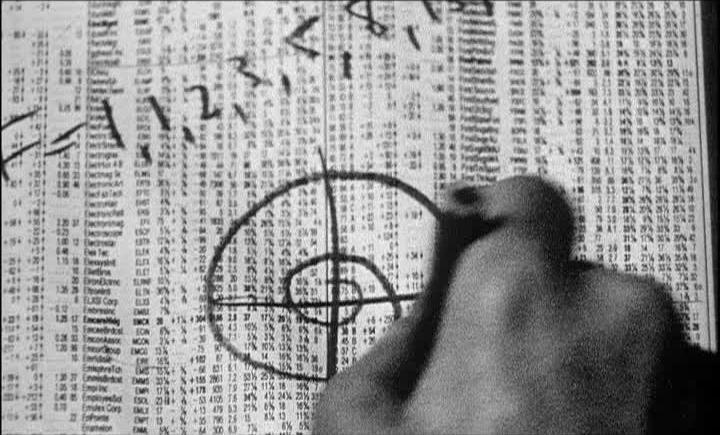 Max’s obsession with the golden spiral, meanwhile, is reflected in much of the film’s imagery, from the swirl of milk in a stirred cup of coffee, to the circular journey of a paper plane, and the 360-degree movement of the camera as it coils around him.

Aronofsky’s Pi adds up to an absorbing and idiosyncratic calling card for its uncompromising director and a compulsive study in the destructive power of obsession. Do the math.