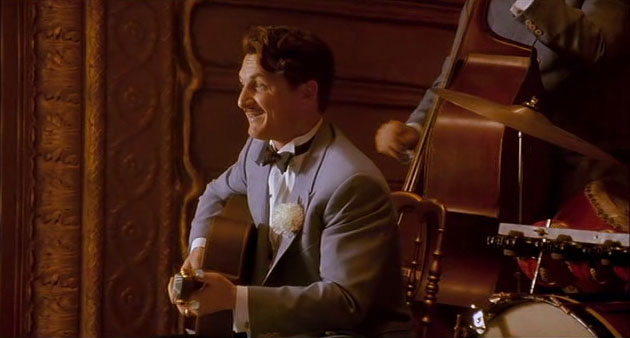 He’s the greatest jazz guitarist in the world except for a “gypsy in France”, declares Emmet Ray (Sean Penn), the subject of Woody Allen’s Sweet and Lowdown (1999), a fictitious docu-comedy about a talented musician forgotten by history.

Emmet is not a likeable character. He is unfaithful, a kleptomaniac and an egomaniac. On the surface, he appears to have no redeeming qualities, which becomes the underlying theme of Allen’s movie – the distinction between judging an artist for their art and judging them as a person. Can the art redeem the person?

Despite his bravado, Emmet has the same insecurities that torment many artists. Allen mirrors Emmet’s interaction with the public, which leads to disappointment after Emmet’s true nature is revealed, with his hero worship of Django Reinhardt, widely considered the greatest jazz guitarist of his era. Emmet refuses to meet Django when given the opportunity, seemingly fearful Django won’t be the man he expects. 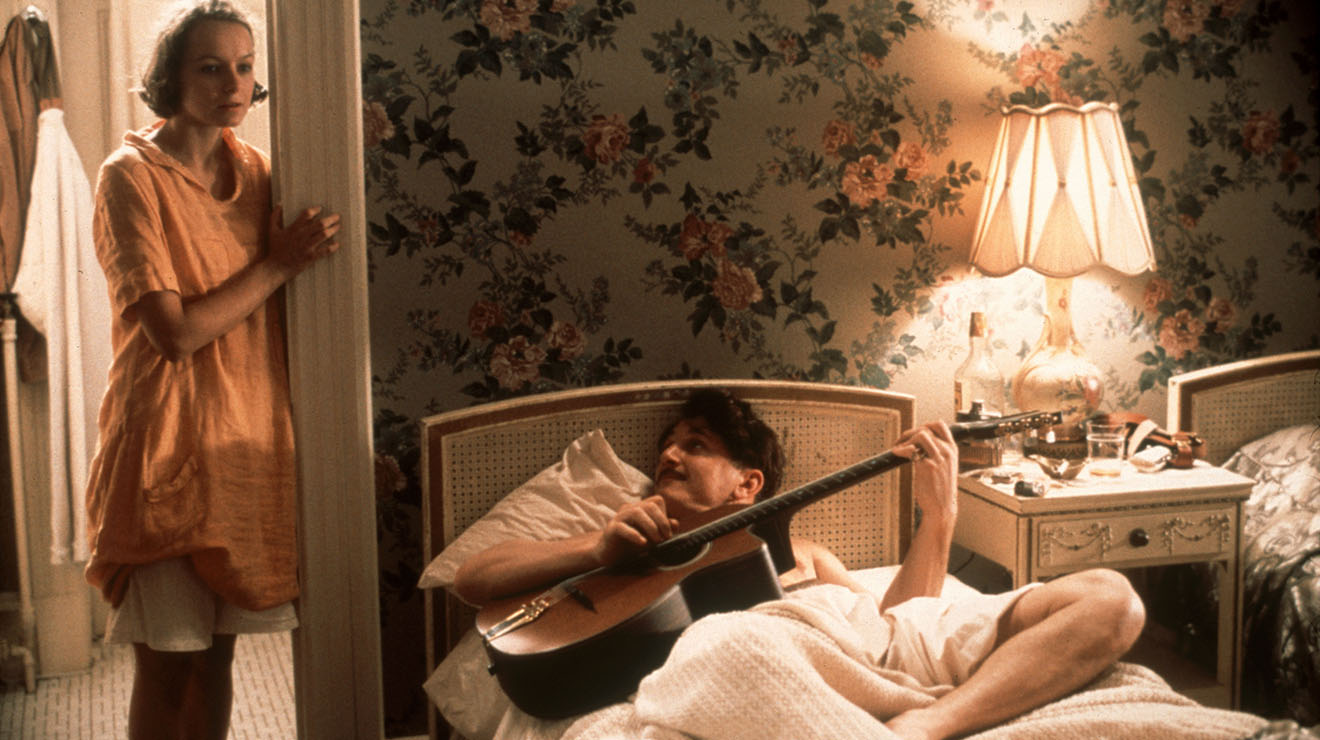 Sweet and Lowdown is also a love story between Emmet and a mute woman named Hattie (Samantha Morton). As in Fellini’s La Strada (1954), which the movie resembles, the relationship is between a strong man and a childlike, innocent woman. Hattie represents the perfect woman for Emmet since she cannot speak and thus allows Emmet to continuously talk only about himself and his greatness on the guitar.

The first time Hattie hears Emmet play his guitar, Allen splits the screen in half, with Hattie in one room and Emmet in another. It’s clear from Hattie’s face that, thanks to the power of music, she’s immediately fallen in love with him. Hattie, like others in the movie, is not able to separate the man from his music ­– Emmet plays such beautiful music, so how could he not be a good man?

Upon its release, many interpreted Sweet and Lowdown as Woody Allen making a comment about his own troubled public persona, suggesting that as an artist, he should be judged by a different standard, and perhaps this controversial idea was part of the film’s failure at the box office. On later viewing, however, Sweet and Lowdown becomes an interesting look at celebrity in our culture and the relationship between the artist and their public.

The movie ends on a symbolic note with Emmet smashing his guitar – a symbol of his dreams. With his dreams smashed, Emmet has realised it is better to be a great man than a great artist.