Of all the films made about the sport of baseball, plenty have struck out, while only a handful have truly knocked it out of the park. None, however, can compare to The Natural (1984).

It’s unsurprising that a sport so revered by its innumerate followers should provide the backdrop to a picture whose central character is seemingly touched by the divine.

Determined to become “the best there ever was” in baseball, the film tells the story of Roy Hobbs (Robert Redford) and his rise to greatness. The rise of the gifted 19-year-old farm boy is brutally cut short by a maniacal femme fatale (Barbara Hershey) who, dressed head-to-toe in black, who lures him to her hotel room before shooting him.

Sixteen years later, Roy joins the dead-end New York Knights as a “middle-aged rookie” and becomes an overnight sensation when he literally knocks the cover off the ball – a feat lent extra drama when a thunderstorm breaks out as the ball is struck.

His belated ascent to baseball deity is threatened when he again allows himself to succumb to the wrong woman, this time in the form of the duplicitous and manipulative Memo (Kim Basinger). However, redemption presents itself when his childhood sweetheart Iris (Glenn Close) re-enters his life.

Director Barry Levinson’s sophomore picture incurred the wrath of many as he jettisoned the downbeat ending of Bernard Malamud’s source novel in favour of a wholly triumphant final reel. 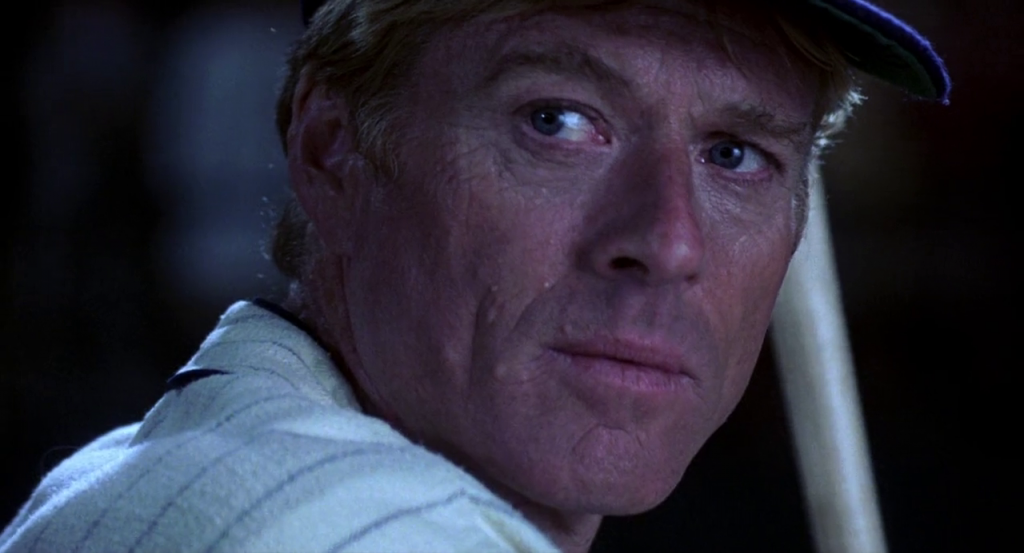 It’s the crucial play-off game and a debilitated Roy steps up to the plate knowing the Knights’ whole season rests on his shoulders. Cometh the hour, cometh the man; he sends one final, glorious home run crashing into the stadium lights, exploding them in a shower of sparks that light up his lap of honour in front of an enraptured crowd – all played out in slow-motion as if time itself is in awe. 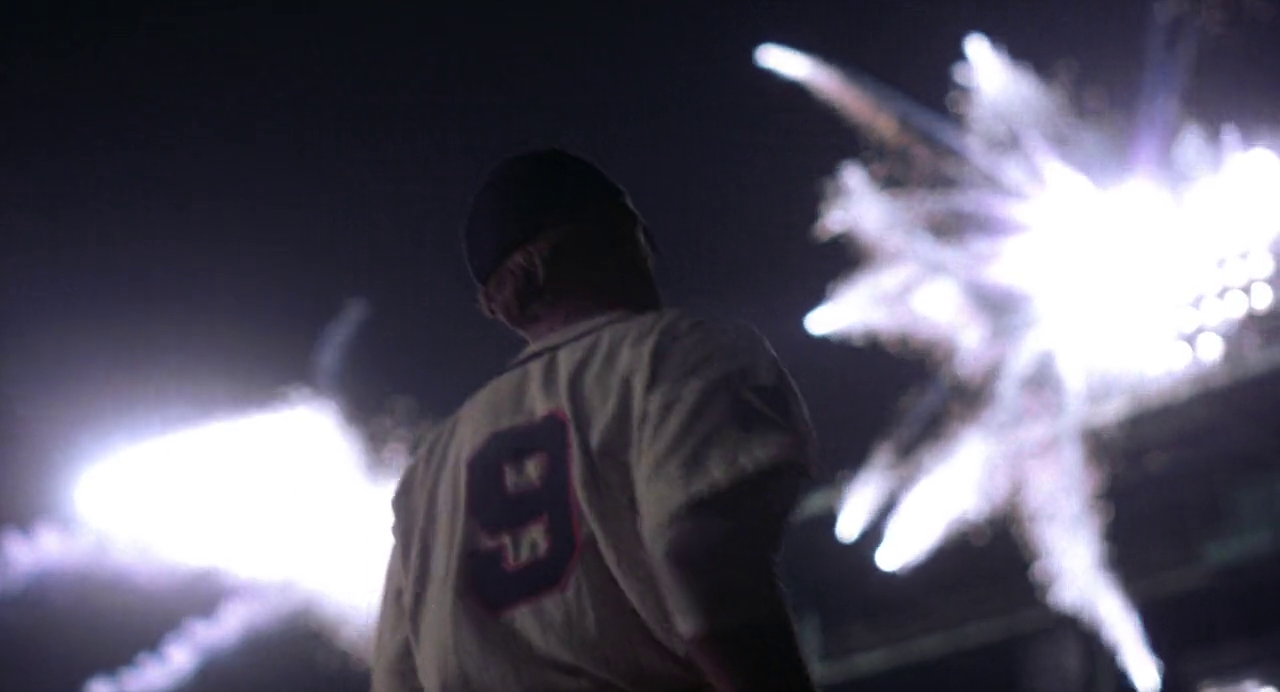 Shameless and implausible it may be, but for a genre that so repeatedly wallows in melodrama, it remains an iconic moment in sports cinema. All the ingredients are there; from Randy Newman’s superheroic score to Caleb Deschanel’s breathtaking cinematography, which imbues each frame with a warm and nostalgic beauty. 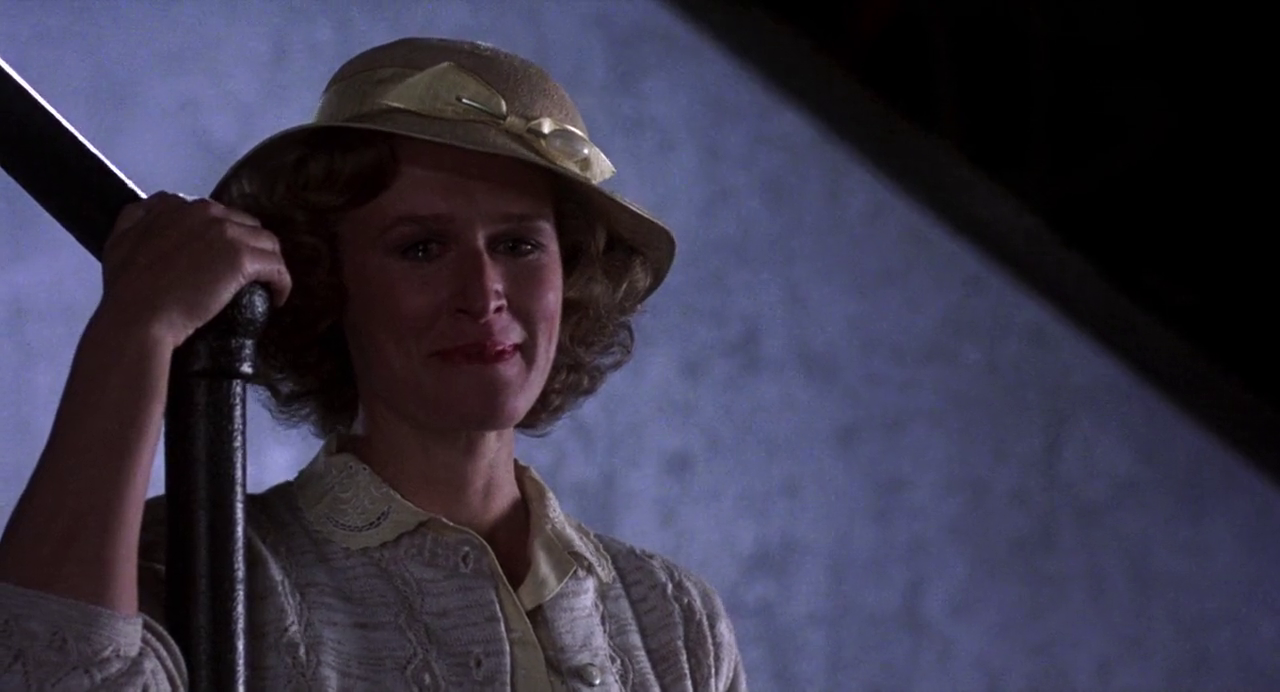 The film takes Arthurian legend (Roy’s Excalibur-esque bat Wonderboy, fashioned from a tree split in two by lightning) and Homer’s The Odyssey and fashions its own mythos out of the mix. It also lathers on the religious sub-text, most strikingly during a key moment when Iris, dressed all in white and stood in the stands watching Roy play, is bathed in an angelic glow courtesy of Deschanel’s astonishing use of lighting. 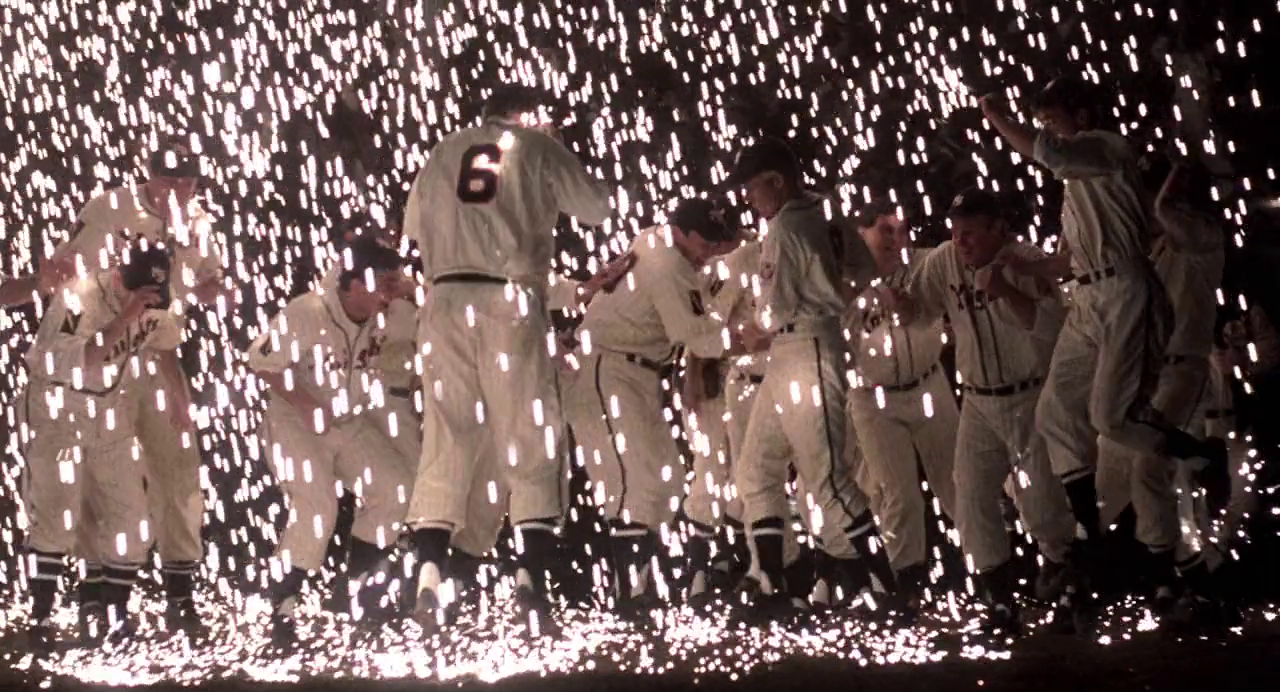 As hagiographic as it is towards Hobbs – and, in turn, Redford – The Natural perfectly captures the joy of witnessing the sort of greatness that comes along only once in a lifetime.

I remember watching this for the first time at the Hendon ABC when the film was released in 1984. The cinema was virtually empty and my friend and I essentially used it as a place to snooze for a while, but when the final reel barnstormed its way onto the screen we were both pulled out of our slumber. The scene was unashamedly corny and we were both fully aware of how our emotions were being manipulated, but this didn’t lessen the impact of its magical quality.
Having lived in the US for some time I can attest to the general yawn-factor of most baseball games, and the scene above encapsulates the dreams of both players and spectators alike – that of the transcendentence of a significant sporting moment.