Some of the best horror films, from Rosemary’s Baby (1968) to The Shining (1980), are fueled by subverting qualities often associated with family, such as safety, loyalty, and trust. While the thought of being murdered is terrifying in and of itself, it is even more disturbing when the perpetrator is a family member. Severin Fiala and Veronika Franz’s Goodnight Mommy (Ich seh, Ich seh, 2014) exploits this primordial fear through a number of haunting images. 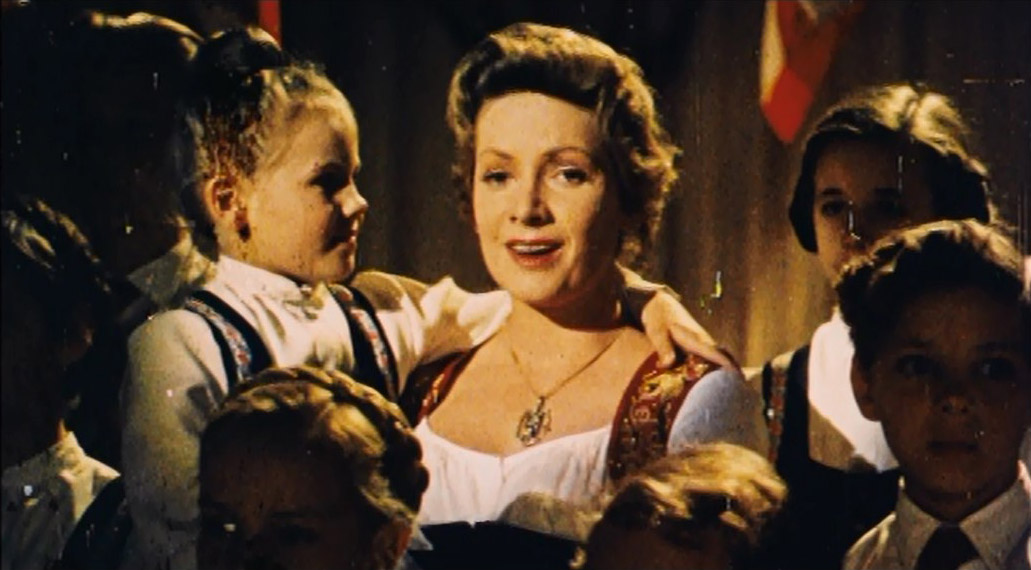 The very first shot is something of an ironic joke: a rose-cheeked family, complete with matching outfits, sings a bedtime lullaby. At the song’s end, the mother smiles into the camera and wishes the audience a good night. The family depicted in the rest of the film starkly contrasts with the one from this idyllic opening.

Early in the story, young twins Lukas and Elias (Lukas and Elias Schwarz) are visited by their mother (Susanne Wuest) at their countryside home. The mother, whose entire head is wrapped in bandages, has just returned from a mysterious, unexplained surgery.

It is not long before her odd behavior, such as locking the boys in their bedroom and ignoring Lukas entirely, causes the boys to suspect that she is not their mother but an evil imposter. This portion of the film feels like a long-lost Brothers Grimm fairytale, as the brothers try to discover the truth behind their strange visitor.

It gradually becomes clear, though, that her questionable actions are done not out of malice but out of fear. Franz and Fiala cleverly shift the character dynamics until the twins emerge as delusional monsters and the mother as the real victim. This reversal culminates when the brothers tie their mother to her bed, brutally torture her, and eventually burn her alive.

The penultimate shot is a mirror image of the first. In a fantasy sequence, Lukas and Elias are reunited with their true mother. They smile for the camera, her arms wrapped around her children, their faces illuminated by the flaming house. This warped family portrait is a bleak reminder that evil is all the more disturbing when it emerges from what many consider the safest place of all: home.