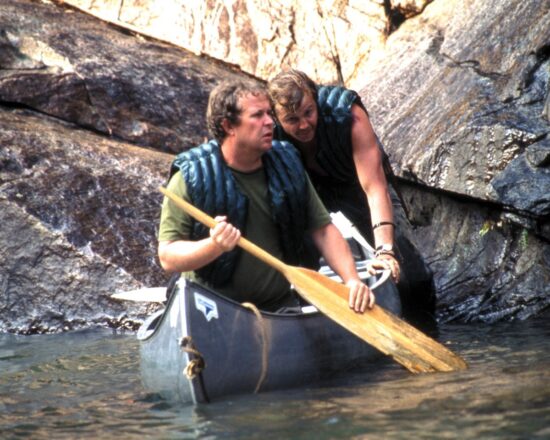 James Dickey’s novel opens with a map being unrolled. Disconcerting – “curling and snapping back whenever one of us turned it loose” – then, revealing – “All this in here will be blue … this whole valley will be under water.” John (Point Blank) Boorman’s movie version unveils the river itself through a curtain of foliage, pulled back by a human hand. Revealing, then disconcerting – “There she is … a coupla more months, she’ll all be gone.” From page to screen, from map to “reality” – although, as Boorman says, “film is metaphor.”

Brit Boorman, along with Hungarian cinematographer Vilmos Zsigmond, working on location on the Chattooga, bordering Georgia and South Carolina, brought to the Southern Gothic of Deliverance (1972) the eyes of European outsiders as well as astute film-making craft, taking on the demands of literally shooting the rapids (the pioneering ADR – Automatic Dialogue Replacement – proved a boon, due to the roaring water; Zsigmond would go on to photograph The Long Goodbye, Close Encounters of the Third Kind, The Deer Hunter, Heaven’s Gate, many others). 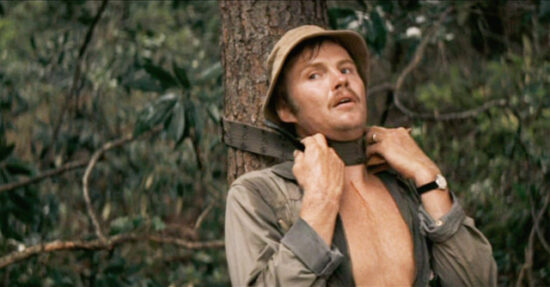 This yarn of city boys taking a canoe trip – a chance for some R&R spiced up by the hope of “adventure” – before the river is dammed, is thrilling and thought-provoking, challenging and horrifying. Is now the right time to revisit? Deliverance has always brought with it cries of exploitation and demonisation, of prurience and sensationalism – good ’ol boys portrayed as horror-toothed near-neanderthals. The notorious male rape scene, complete with perverse pig noises. The “strange, degenerate” (Boorman’s words) banjo-playing boy, a finger-pickin’ harbinger of doom, his notes rippling, roving, climbing, coruscating like the river itself, notes with deep, dark, mythic resonances rolling up through the trees, clashing on the jagged rocks, the echoes of some woe-day woodpecker.

Boorman (he would go on to make the likes of Excalibur and The Emerald Forest, a long-time friend of tree and leaf, lakes and rivers) is well served by a splendid ’70s cast, with Jon Voight (as ad exec Ed, exacting cliff climb ahead), cinema debutants Ronny Cox (guitar-wielding Drew, the banjo dueller) and Ned Beatty (Bobby, pinky and perky), along with Burt Reynolds as expedition leader Lewis, whose post-civilisation survivalist ethos and bows and arrows at least give the middle-class suburbanites some kind of a chance against the primal mountain men. 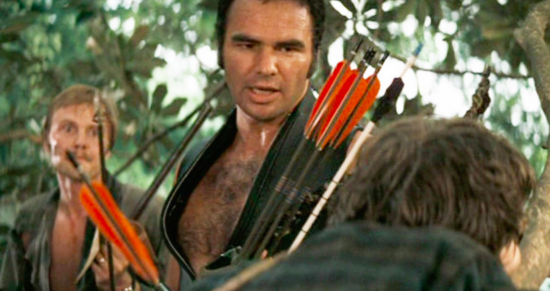 Dickey (he appears as the sheriff who tells the surviving trippers: “Don’t come back up here …”) was a hard-drinking macho philosopher, former athlete, pseudo war hero, celebrated poet and hugely competitive coveter of awards. Oh, and did I say fine, fine writer of prose? As precise and profound as the best, as narcissistic and self-mythologising as the worst. A great tragi-comic movie could be made about Dickey, conducting drunken “readings”, collapsing on stage, demanding higher and higher fees for more and more shambolic performances and then attempting, in various states of disarray, to get back on the plane to the next gig (see Henry Hart’s definitive Dickey biography, The World as a Lie). Bill Murray could play it. A great action movie could be made of To the White Sea, another superb Dickey slay-to-survive tale, once lined up by the Coens to star Brad Pitt (the brilliant brothers entered a similar heart of darkness with Cormac McCarthy’s No Country for Old Men and, it is said, didn’t want to go back there – or couldn’t find the money, but that’s another story).

Deliverance, remember, comes from the ’70s, when no one had yet “woke” – even if many would still jump up in a cold sweat from a primitive backwoods nightmare. Is now the right time to revisit? A saga of culture clashes and class divides, the haunting call-back of historical guilt and ongoing personal responsibility…desperate ethical and moral debates, unimaginable trauma diluted by purifying tears around the dinner table, then deluged by an unholy volume of water…Mother Nature usurped as Man redefines his dominion but pays the consequences…

In my book, that sounds just about perfect for these very days. 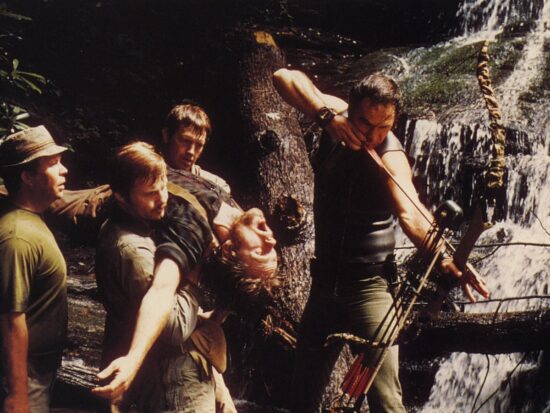