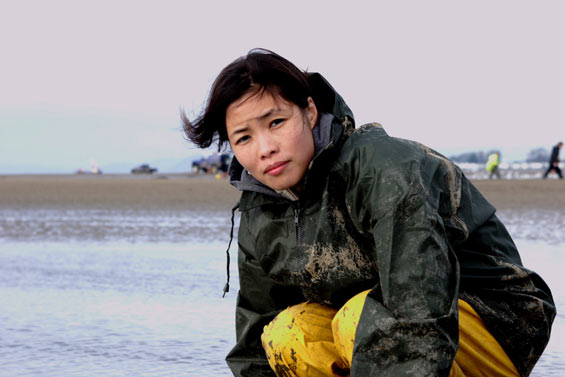 October sees the start of this year’s Unchosen Film Festival, a unique series of film screenings and accompanying talks that highlights the plight of those caught up in the tragedy of human trafficking. Jez Conolly caught up with the festival’s director Trish Davidson to find out more about the background to the festival and what we can expect this time around.

JC: How did the Unchosen Film Festival come about?

TD: Unchosen is the only film festival in the UK that concentrates solely on human trafficking, and incorporates discussion and Q & As with the directors. The festival aims to make people aware that slavery still exists in the 21st century, and to show them how they can get involved in stamping it out. Founded in 2008 and based in Bristol, the first Unchosen film festival saw seven films being shown in five venues in Bristol over a period of six nights, and attracted around six hundred people. The films shown were Ghosts, Sex Traffic, Amazing Grace, Our Big Fairtrade Adventure, Holly and It’s a Free World. Renowned film director Nick Broomfield, who made the film Ghosts about the deaths of the Chinese cockle-pickers in Morecambe Bay, is the event’s Honorary President.

2010 marks the third festival – can you pick out highlights from previous year’s screenings?

An ongoing highlight for me is witnessing large audiences at obscure film screenings of unknown directors and the engagement the audience make during the Q & As. We had 1,200 people through our doors over four nights during a very bleak winter period in 2009.

What sort of support have you had from the film world?

The good news is that now filmmakers are approaching us and sending in their work so clearly there are lots of interesting developments in this field. None of the filmmakers ever charge us to show, we usually get every film with permission without payment due to the issue, which is fantastic. I don’t take a film unless the director or member of the production team can come and hold a Q & A. We have directors flying in from Portugal and India this year. As we have grown so has our reputation which means we don’t have to explain in detail anymore exactly who we are. Unchosen is the only UK film season with the sole genre of human trafficking. It gets a mention in William Brown’s book Moving People, Moving images: Cinema and Trafficking in the New Europe. William will be introducing two of the screenings this year. 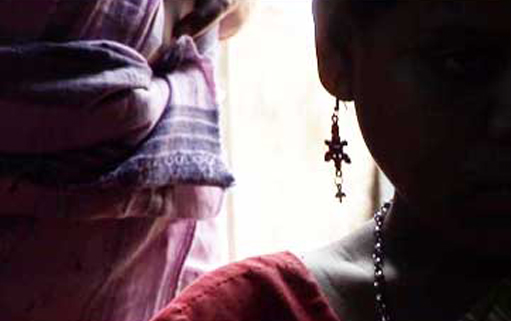 What would you say can film do to highlight your cause that other  media cannot?

Film is pivotal; it puts a message across in a succinct and clear way to a huge cross section of audience. It will engage thousands more than any one government white paper read by only a few. Just this week Comic Relief has recognised the unique power of what we are doing and we got the news through that they have funded us this year.

Are you looking to inspire filmmakers to consider new projects on the subject of human trafficking?

Most definitely yes! However I want them to research their material carefully. I don’t take voyeuristic or blatantly shocking films that lack hope.

What do we have to look forward to from this year’s festival?

Exceptional directors from across the globe giving their message on a very difficult subject and being open and caring enough to take questions from the floor, documentary makers care about their subject matter. They are people who care about the response their work will produce from the audience and that is where we come in with a more detailed response by working with 18 related NGOs on the night for folk to come forward and volunteer. For the first time this year we are producing a How To Respond pack for the audience to take home. I want more activists within the trafficking campaign to rattle the local and national government bodies.

How can people play a part in Unchosen?

By considering organising their own Unchosen Film Festival with our support in their own area, or getting in touch and joining one of our committees. We always need fund raisers too.

Do you have plans to develop the festival beyond 2010?

Very much so. We have now a three year plan, the Police and Serious Organised Crime Agency have taken an interest in what we are doing so without giving too much away we will be in at least three other cities next year. Our new Patron Chantelle Tagoe has already woken Liverpool up by hitting the LIverpool Echo who were very surprised at her engagement with the cause. We want to engage 15 – 30 year olds more.

More information about this year’s events can be found at http://www.unchosen.org.uk/index.html