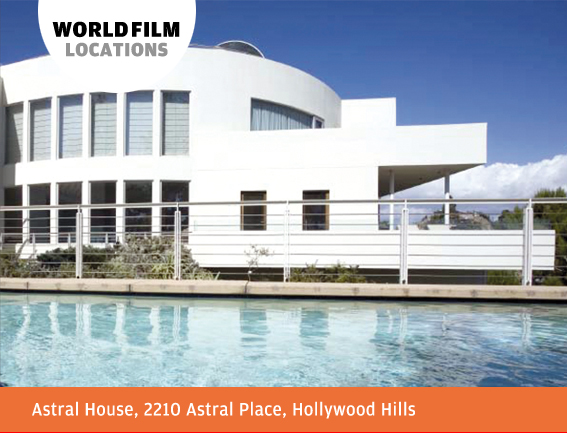 Much has been made about the rich heritage of LA’s modernist residential architecture but Thom Andersen, in his wonderful film-essay Los Angeles Plays Itself (2003) suggests that ‘Hollywood movies have almost systematically denigrated this heritage by casting many of these houses as the residences of movie villains.’

A look back at many of the houses featured in World Film Locations: Los Angeles, including the use of Brent Saville’s beautifully designed Astral House as home to shady villain Terry Valentine (Peter Fonda) in The Limey seems to support Andersen’s theory. On a singular mission to avenge the death of his daughter, Brit hardman Wilson (Terence Stamp) and new ‘mate’ Ed (Luis Guzman) show up at Valentine’s showbiz shindig looking for answers. While biding their time and sampling the hors d’oeuvres the two peer over the edge of the infinity pool stretched out above the Hollywood Hills. Wilson asks ‘what are we standing on?’. ‘Trust’ answers Ed. An apt summation perhaps of an idealized Los Angeles which seems to only exist in people’s imagination – or in movies such as this. Before making their hasty getaway Wilson will have stalked Valentine’s girlfriend, thrown one of his goons over the balcony railings, very nearly shot Valentine himself and stolen a framed photograph of his daughter, all while the party is in full swing. Wilson’s rough-edged English vigilante set among the sleek curves of Astral House—a dream home financed by the museum curator Maurice Tuchman and completed just before filming began—makes for a powerful contrast and this scene acts as the first wake up call to Valentine of the fate that awaits him. 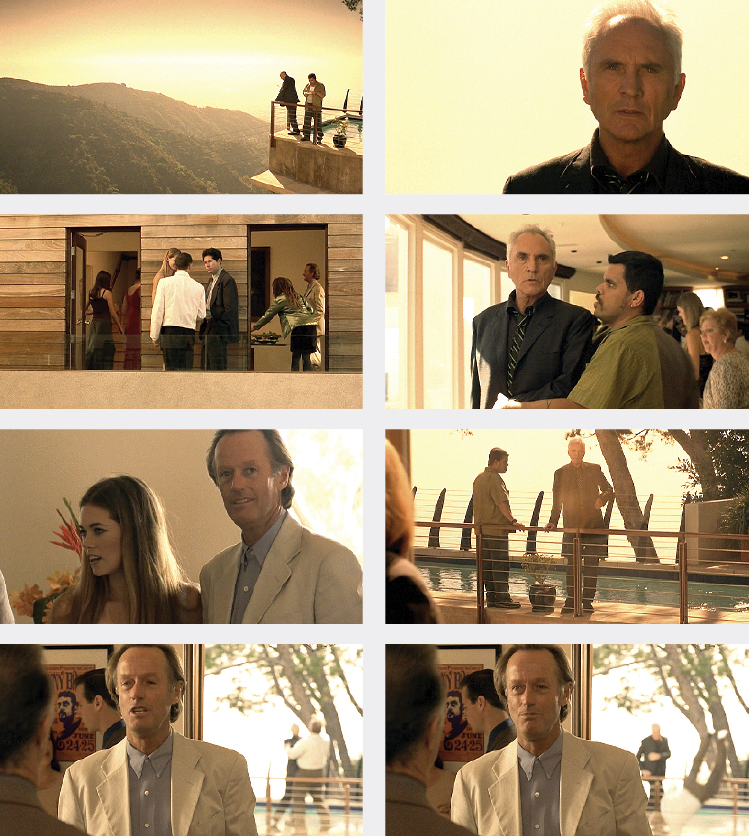